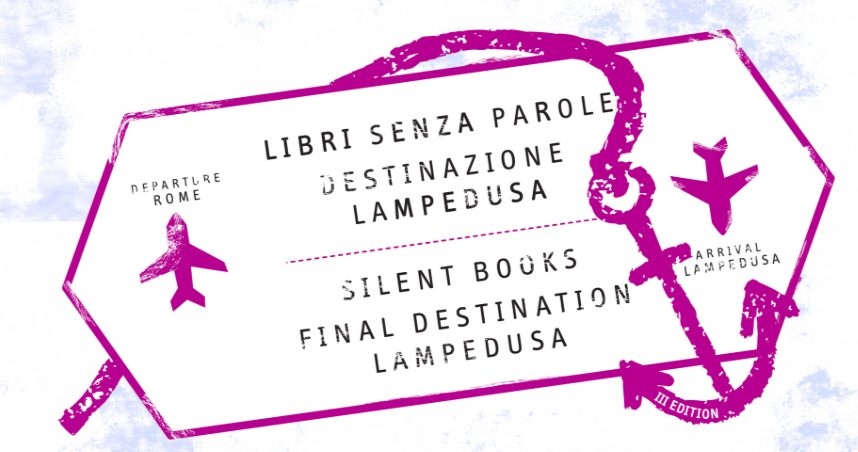 The international project Silent Books: Destination Lampedusa, initiated and organised by IBBY Italia, has again asked for IBBY sections to submit wordless books which will be included in a children’s library on the island of Lampedusa, in international travelling exhibitions and in a research collection in Rome.

This year there is an additional new initiative – Books on Board. Portable sets of books are being produced to use in emergency situations on the boats that rescue refugees. By including books in these rescue missions, they hope to increase the kindness and dignity, and thereby the humanity, in the very first reception the shipwrecked refugees experience and by doing so mitigate the fear and horror that often travels with them, even when they are safe on board.

IBBY UK is pleased to nominate four books this time. Three of them are published by Walker Books. In Dandelion’s Dream by Yoko Tanaka, a dandelion morphs into a real lion, its petals becoming a magnificent mane, and he sets off to explore. He travels by land and sea to a city and this tiny creature is almost overwhelmed as well as excited by what he sees. After all his adventures he seems to return to his former state but it looks as though he can reach for the stars.

Gideon Sterer and Mariachiara Di Giorgio’s Midnight Fair is closed for the night to humans but the woodland animals, including bears, deer and foxes, see it is now their opportunity for some fun! Will they be discovered? The atmosphere and movement in the pictures have a cinematic quality.

Pete Oswald’s Hike is also shortlisted for the 2021 CILIP Kate Greenaway Medal. A father and child walk together through a forest, cross a river, climb rocks – the story is told in a combination of full page pictures and vignettes and with the stages of their journey seen from a variety of angles. At the beginning there’s a clue to their specific purpose in addition to the joys of simply walking in the countryside and the warm relationship between parent and child is apparent throughout.

The fourth book has previously been reviewed for IBBY UK https://www.ibby.org.uk/the-wanderer/ Pushkin Children’s have published a UK edition of Peter van den Ende’s The Wanderer which originated in The Netherlands. A paper boat takes a voyage through the oceans, encountering a range of creatures, some realistic, some strange and surreal, not to mention many dangers, along the way. The illustrations, entirely in black and white, have a remarkable subtlety in their use of shade and pattern and deliver depth and drama. As the adventure deepens, so does our understanding of the sea and human kind’s relationship to it.  There is a profound concern with the environment and the ways in which we are harming it, and through that ourselves.