As part of its belief that every child has the right to become a reader, IBBY and its sponsors and donors, provide funding for several reading development projects.

The two main activities that are supported by the Fund are the therapeutic use of books and storytelling in the form of bibliotherapy, and the creation or replacement of collections of selected books that are appropriate to the situation. The Crisis funds have supported projects in over twenty countries since 2005, including Haiti following the hurricane in 2009 and the earthquake in 2010, Gaza and Lebanon during and after the wars in 2007-8, and 2013-2016, and Ecuador and Mexico recently.

For children whose lives have been disrupted by war, civil disorder or natural disasters in the region of Central Asia to North Africa, projects that provided books and promoted a culture of reading were funded by the Sharjah/IBBY Fund from 2012 to 2016. 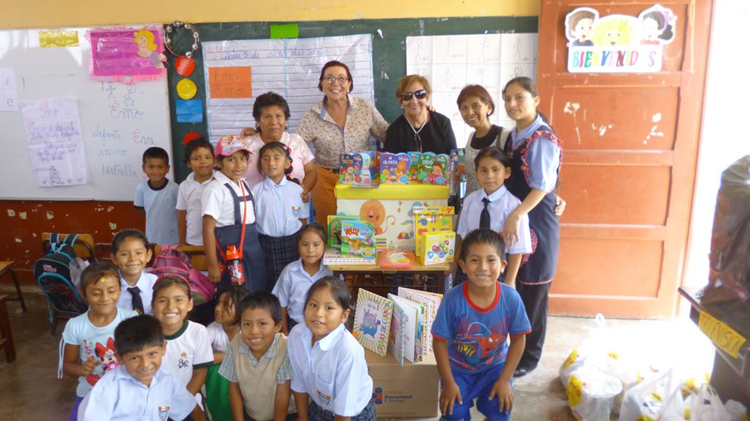 The Child’s Right to Become a Reader. This was established in 2005 with funding from of the Yamada Bee Farm in Japan, to provide funds for IBBY projects that help develop a book culture for children in all regions of the world.

Each year projects are developed by IBBY Members and presented to the Executive Committee. The projects have included reading promotion programs, establishing libraries in schools and community centres, training teachers and parents in maintaining libraries and storytelling as well as workshops for writers, illustrators and editors of children’s books. Projects have taken place in over thirty countries, from Armenia to Zambia.