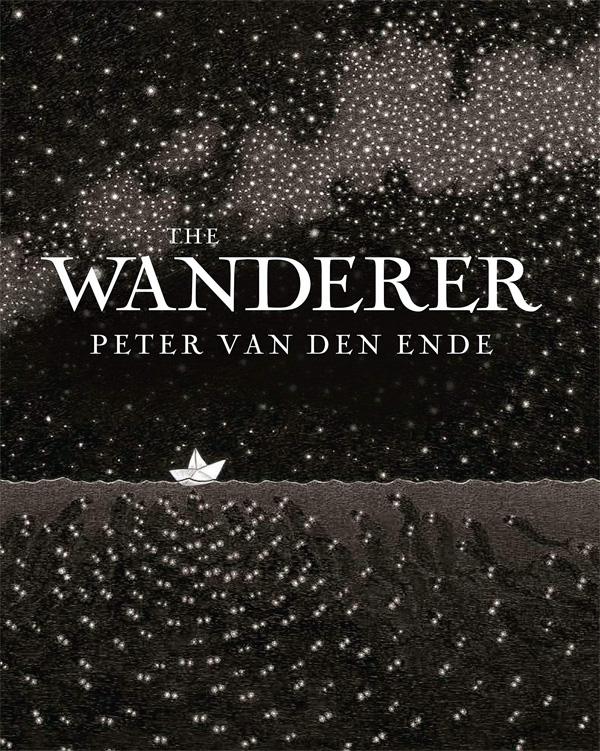 A paper boat makes its way around a fantastical ocean world, discovering wonder after wonder until it reaches the shore.

Peter Van den Ende taps into the child in us all when he sets a paper boat upon the vast, unpredictable ocean, sending us on an extraordinary journey into the marine-inspired marvels of his imagination. No matter our age, we are encouraged to respond to each new discovery with a combination of delight, vulnerability and awe. Real creatures are mixed with magic as the boat sails through curious coral reefs and mysterious mangroves, slipping over fish and under the northern lights.

As the adventure deepens, so does our understanding of the sea and mankind’s relationship to it.  There is a profound concern with the environment and the ways in which we are harming it, and through that ourselves. However, in spite of squid ink harvesting, pearl hunting, overfishing, littering, whaling and offshore oil drilling, there is a quiet sense of hope towards the end.  On the shore, a cityscape references the seascape, underlining the connection between the two and as the boat comes into harbour, it passes a whale in conversation with the city’s inhabitants. A dialogue between humans and nature has begun, perhaps? A way of righting the many wrongs we have been shown? Whatever the case, the paper vessel’s voyage is drawing to a close. It slips down a rural waterway to a house where someone is waiting.  The ending is literally magic on legs, as the little boat steps out of itself and into a brand new form.  Here is the spirit of adventure come home.

The images which make up this wordless story are nothing short of cinematic. Black and white crosshatching may seem like an unusual choice considering the vibrant colours of the ocean, but the depth and drama it delivers is indisputable. There is something of Escher here and as the author himself has admitted, a nod to the original engravings of the Jules Verne books, by Edouard Riou and Alphonse Neuville.

The endpapers charting the route of the boat on a map of the world are the icing on the cake, anchoring fantasy to reality and leaving us to dwell on the notion that this beautiful epic has taken place in our own fragile waters.