The Lady with the Books: A Story Inspired by the Remarkable Work of Jella Lepman 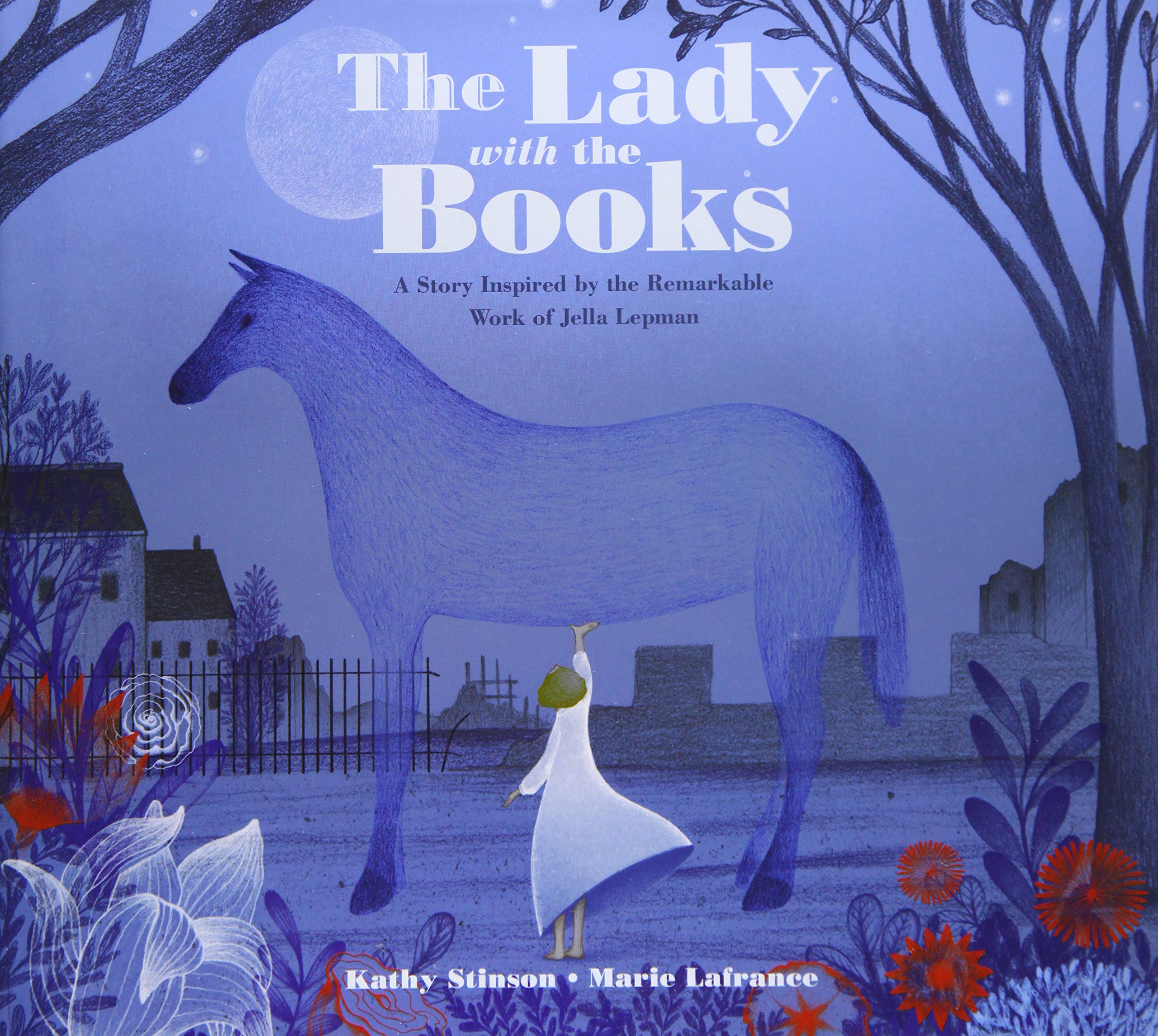 Adults may know Jella Lepman’s story by reading her autobiography A Bridge of Children’s Books. Here significant scenes from her life are made accessible to children through the medium of the picture book which was so central to her work.

When Jella Lepman returned to Germany after World War Two as an Adviser on the Cultural and Educational Needs of Women and Children she quickly realised that children needed nourishment for their minds as well as their bodies and, in an act that truly promoted international understanding, requested children’s books from many countries to form an exhibition which became the first step in the foundation of the International Youth Library and IBBY.

In this picturebook, the central character is Anneliese who, with her brother Peter, sees a line of people queuing to enter a building, and they venture inside. Here they find an array of children’s books from around the world on display and a welcoming lady who reads aloud to them. One particular story she reads and talks about is The Story of Ferdinand, which has particular resonance for Anneliese due to the circumstances of her father’s death. It was this book that Jella Lepman translated and published in German, arranging its extensive distribution, as she understood the importance to children of owning books for themselves, especially one with a peaceful message. Another appealing story in focus is Pippi Longstocking, inspiring Anneliese with a dream of lifting a horse with one hand like Pippi, suggesting the power of imagination. This is depicted in one of the most striking images in the book, also reproduced on the cover.

Poverty and lack of food are made apparent in the scenes in the children’s home and at one point Anneliese is tempted to steal from a market stall. This is the moment at which Peter asks to return to the ‘book building’ – hunger for both food and spiritual sustenance permeates this story – imagination ameliorates harsh realities without hiding them and inspires hope. Red flowers, first seen when Peter bends to examine some in the street, later appear symbolically in the illustrations once the children have heard the story of Ferdinand, the bull who loved flowers.

The opening spread shows women clearing up the streets from the detritus of war and people queuing outside a soup kitchen – scenes sadly replicated throughout the world past and present. Although the subsequent story is specific to post-war Germany as it relates real-life events, the place and time in this initial illustration could be almost anywhere, linking to the work IBBY continues to do in many regions of conflict. A portion of proceeds from the sale of this book will go to IBBY’s Children in Crisis Fund.

Information about Jella Lepman and her work can be found following the story which appropriately focuses on children whose lives she has so much enriched.