Maia and What Matters 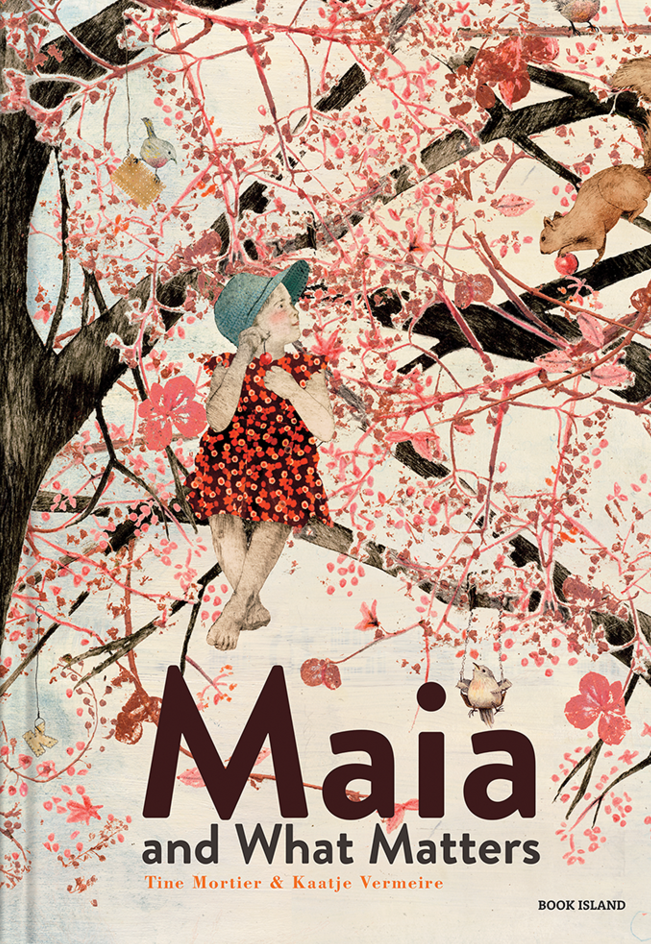 Maia was a precocious baby and has grown into a lively, independent girl. Her favourite companion is her Grandma who is as lively and independent as she is until, one day, Grandma has an accident.

She then loses much of herself, in particular her language, and has been shipwrecked or so it seems. Maia refuses to accept this. She draws, creates and talks to her Grandmother, and when Grandpa dies suddenly, an event that could have left Grandma adrift, it is Maria’s determination that brings the boat back to shore.

This is an extraordinarily powerful book dealing with a difficult subject, that is at the same time understated; it is also beautiful, both in the way the narrative is presented but also in the illustration and production. The author is Tine Mortimer, the illustrator Katie Vermeire, the text has been translated from the Dutch by David Colmer.

The story is told through a narrator’s voice but, true to her character, the text is interspersed by direct comments from Maia who challenges the status quo at every possible turn. She challenges the adults in their perception of Grandma and she intuitively knows it is necessary for Grandma to be allowed to say goodbye to her husband. There is no sentimentality. We see Grandma”s stroke from the child’s point of view. Something that happened, but there are things that can be done beyond the practical which may be more important. Grandpa dies – a cup breaks.

Maia steps off the page through the narrative voice, but also through the illustrations by Kaatje Vermeire. Here, beautifully depicted is a real child and a very real old lady. Their world is full of the garden where they play; then the mood changes and so does the palette and the imagery as Vermeire reflects not just the sorrow caused by illness but later Grandpa’s death but picks up the confusions that a stroke causes  both to the sufferer and to those trying to reach that person. The images and the words play against each other, the words straightforward, unadorned but empowering: the images picking up on the reality to expand, enhance and enrich.