Last: The Story of a White Rhino 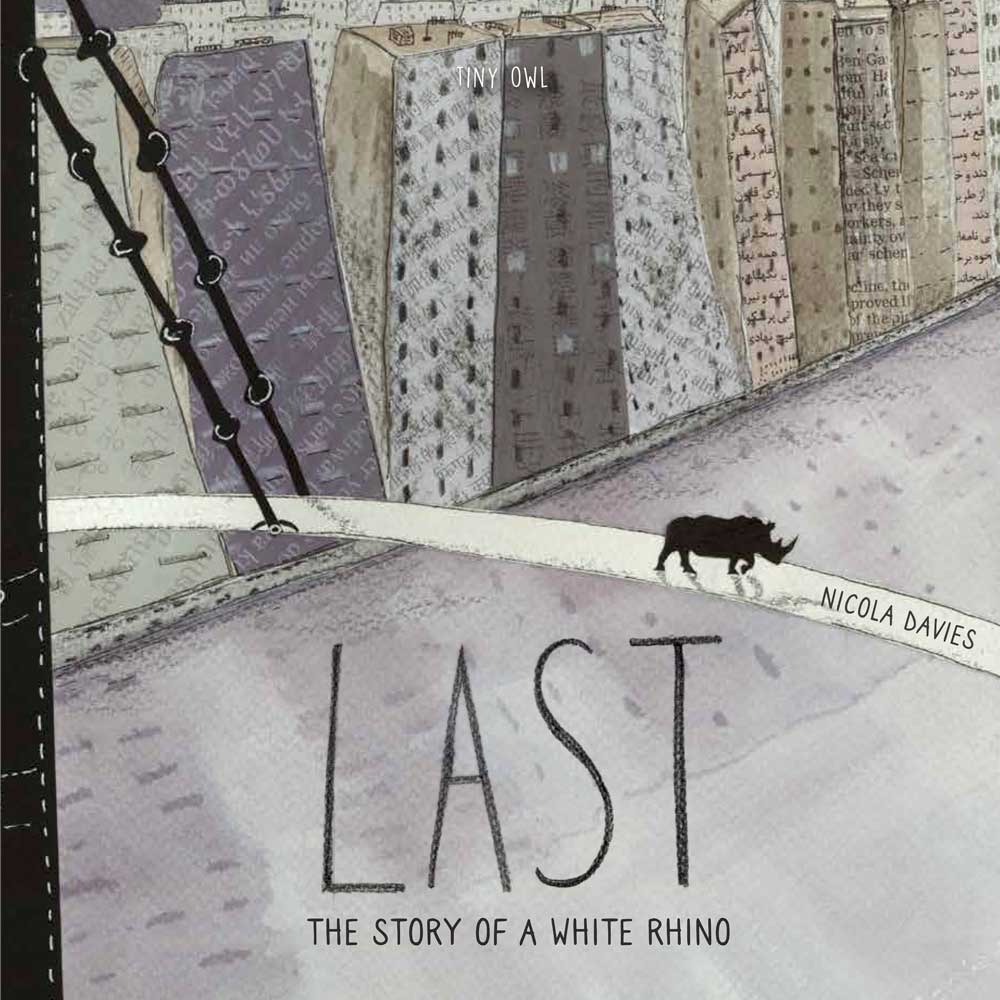 This moving story, written and illustrated by Nicola Davies, was inspired by the true story of Sudan, the world’s last Northern White Rhino.

In delicate and simple language, we are introduced through the voice of the rhino to the death of his mother, his life in captivity and his reintroduction to the wild. But these are the bones of the story. The pictures capture the contrast between the naturalness of the bright life in the wild, shown in colour illustrations, and the very grey Shaun Tan-like dystopian cityscape, a world of shadows, where the rooftop zoo of captivity is based. The most stunning feature of the book is the layering of text on the surfaces of the animals and buildings in this environment, and on the shot dead mother rhino. This text is in many languages and Davies explains the sources in her introduction.  Essentially the text is based on words and phrases from famous environmental speeches. The multilingual approach emphasises the universality of the need to engage with environmental issues.

Into this bleak cityscape, the only colour we see is that of the occasional humans and in particular one woman observing the animals, who is later to be seen after the release into the wild observing the rhino through her binoculars. She seems like a voice of hope embodying Davies’s explicit message ‘Do what needs to be done’.

Deceptively simple but subtle, this is an inspirational story to use with young children, dealing as it does with complex issues in a way that will open the door to much discussion.