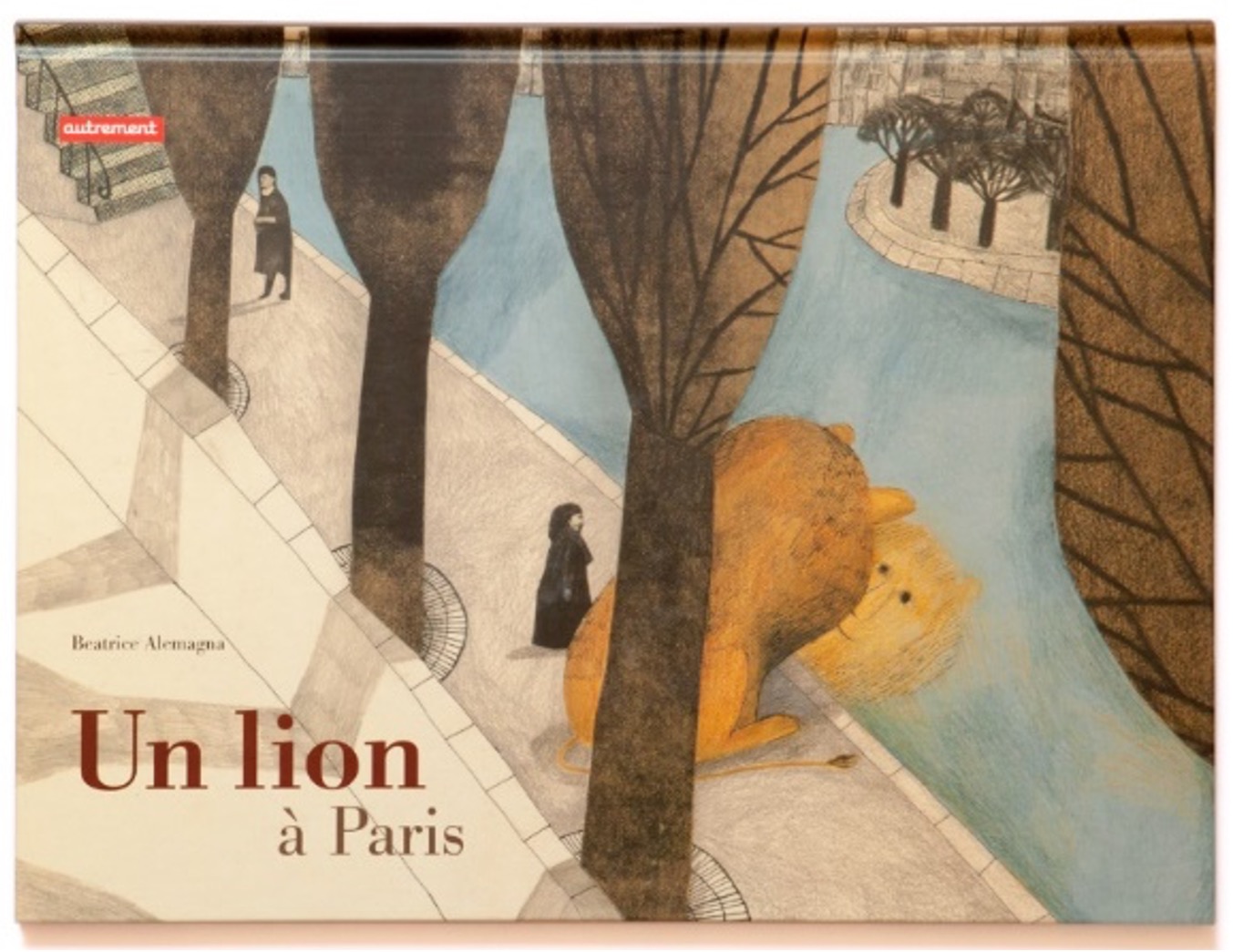 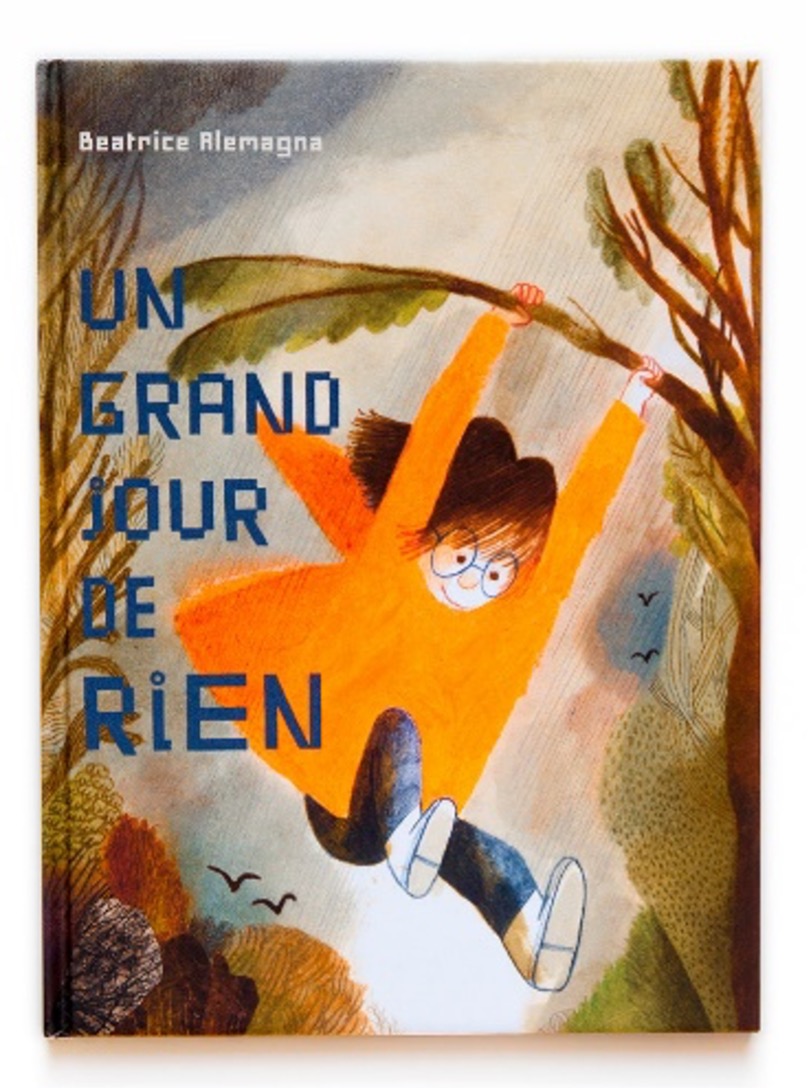 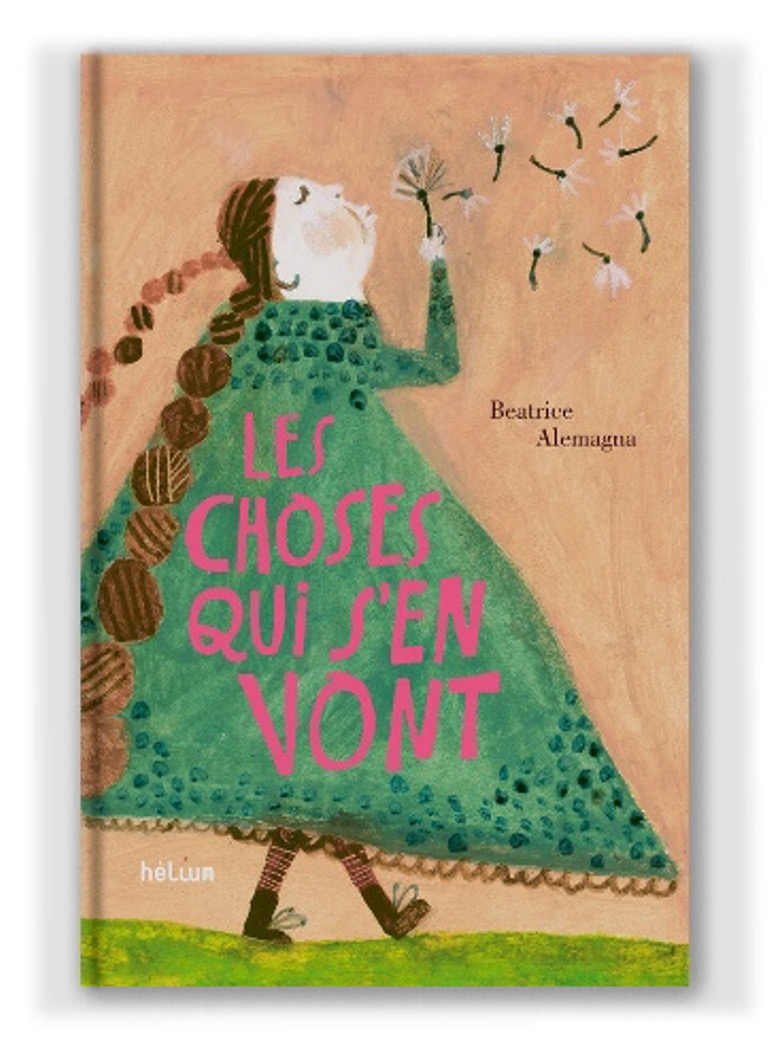 This HCAA nominee spotlight is courtesy of Tatiana Kuznetsova and Susana Aristizábal, in partnership with Evelyn Arizpe and the Erasmus Mundus programme, the International Master’s in Children’s Literature, Media and Culture (IMCLMC).

Expressiveness and freedom are both attributes present in Beatrice Alemagna’s artistic work. Her creative process transcends the search for realistic precision and engages with exploratory narratives and the fluidity of the broad toolkit that visual language provides.

Beatrice Alemagna is a well-known Italian author and illustrator who lives and works in France. In her early picturebook Une maman trop pressée / A mom in too much of a hurry published in France in 1999, she already showcases her skills as a talented illustrator, creating dynamic compositions on every double-spread.

She has received numerous prizes in France, such as the FNAC Prize in 1997 and the Chronos Prize in 1999. The special mention of the Bologna Ragazzi Prize (2007) for the picturebook Un lion à Paris / A lion in Paris, which has been translated into more than ten languages, gave Alemagna extensive recognition in the children’s literature scene.

Among the most recent recognitions for her picturebooks are the Gold Medal from the Society of Illustrators and the Grand Prix de l’illustration for Un grand jour de rien (2017). Alemagna’s Gisèle de verre (2002) was recognised by the NY Times & NY City Library as one of the ten best children’s books (2019), and Les choses qui s’en vont (2019) was selected for le prix Sorcières (2020).

Her books’ artistic qualities and heartfelt stories have been in demand not only in bookshops and libraries, but also at exhibitions worldwide. Alemagna has presented her work at the Internationale Jugendbibliothek in Munich (2004), the Museo Civico Comunale in Bologna (2006), Gallery Dojunkay in Tokyo (2007), and in many other cities such as Cambridge, Stockholm, Madrid, Berlin, Dublin, and New York.

The poetic atmosphere that characterises many of Alemagna’s picturebooks often encourages the reader to look into their own inner world. In an interview with Fine Little Day (2010), Alemagna declares that she began writing and illustrating stories because she wanted to share her own “feeling of being unadapted to the world, showing that everyone can be different and find their way in the world”.

A dull autumn day and a sunken electronic videogame turn out to be the best excuse to discover that snails’ antennae are “as soft as jelly”. To follow a path of mushrooms, remember a cave of treasures thanks to the smell of the air, experience the world through every sense, and capture the emotions of being one with the earth: that is how the characters in Alemagna’s picturebooks always find an opportunity to be fascinated with the simple aspects of life, and this gives them a philosophical dimension.

Her dynamic characters are involved in everyday settings and situations, whereby the illustrator finds a way to reflect upon children’s agency. They embrace their capability to speak up, ask questions, express their emotions, and discover the fantasy embedded in their surrounding world. They act and react not by adult motivation, but by their own drive. Their expressive bodies jump, run, fall, merge with nature, and interact with animals, plants, adults, and other children.

Childhood seems to be a big question that evolves into a leitmotiv in Alenagna’s literary work. As she recalls in a short film produced by the Swedish publisher Mirando Bok (2014), “In 2007 I was turning under the covers thinking…but really…what is a child? What is a child? I jumped on the bed, rushed to the table […], I started to write, I wanted to talk about childhood […] as a living condition”.

Despite the chaotic first impressions of most of Alemagna’s picturebooks, the reader’s view is challenged to focus on details, textures, and movement. Mixed media is the term that best fits Alemagna’s manual technique. She combines photography, traditional pictorial techniques, trimmed fabrics, and yarn, among other materials, to enrich illustrations that transcend the limits of the margin, immersing the reader in a poetic atmosphere.

Alemagna delivers spontaneous illustrations that share common visual features such as the contrast between a saturated and desaturated colour palette, constant change of perspective and point of view, exaggerated movement, absence of conventional proportions, and special care in sequencing images. It is a delight to scrutinize her studio pictures and pick up pieces of her creative process on walls and tables.

Every visual element in a double-spread has its place. This signifies a well-planned artistic methodology that involves observation, background research, sketching, and time. Alemagna (2014) affirms that an essential tool is stubbornness and persistence in changing the illustrations until she finds what she is genuinely looking for: the feeling of the captured moment.