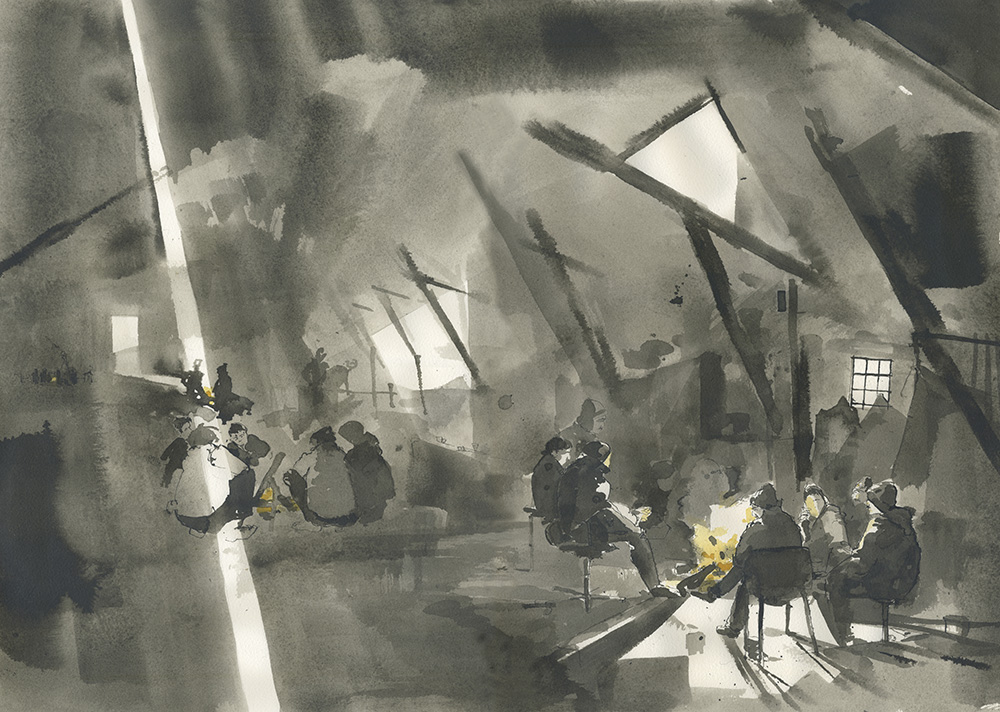 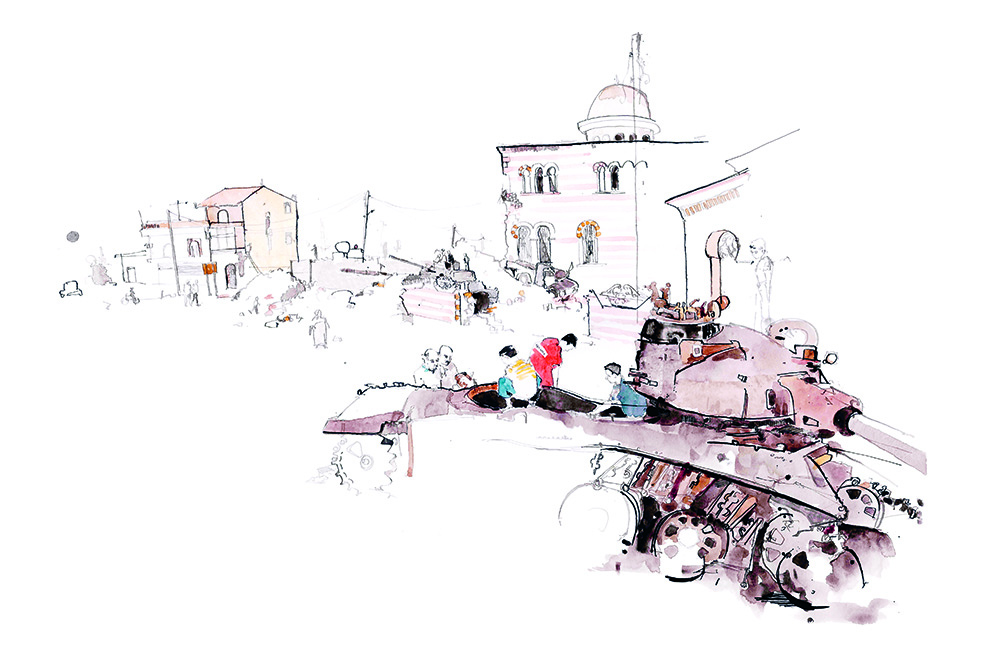 Kids on Tanks in Syria. From DRAWN ACROSS BORDERS by George Butler, published by Walker Books. Copyright: George Butler 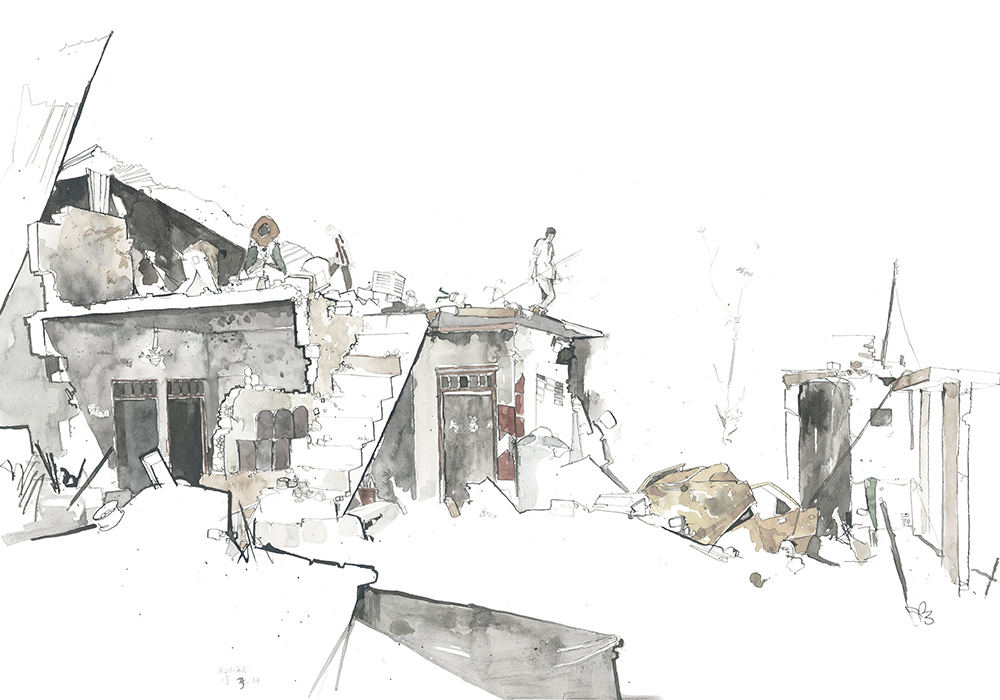 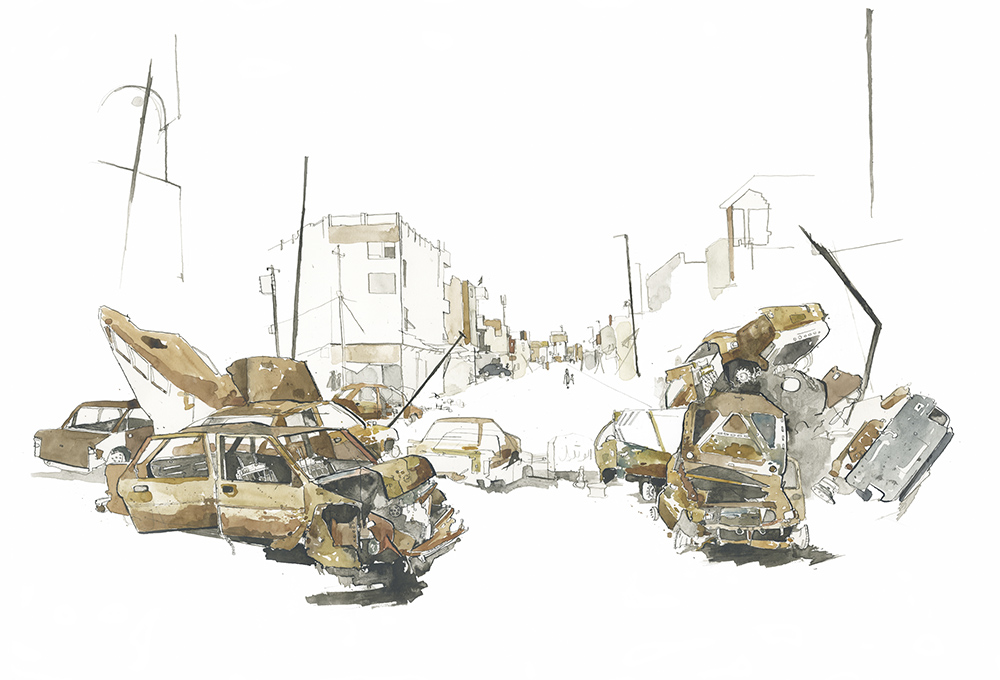 Burnt out cars in Mosul. From DRAWN ACROSS BORDERS by George Butler, published by Walker Books. Copyright: George Butler 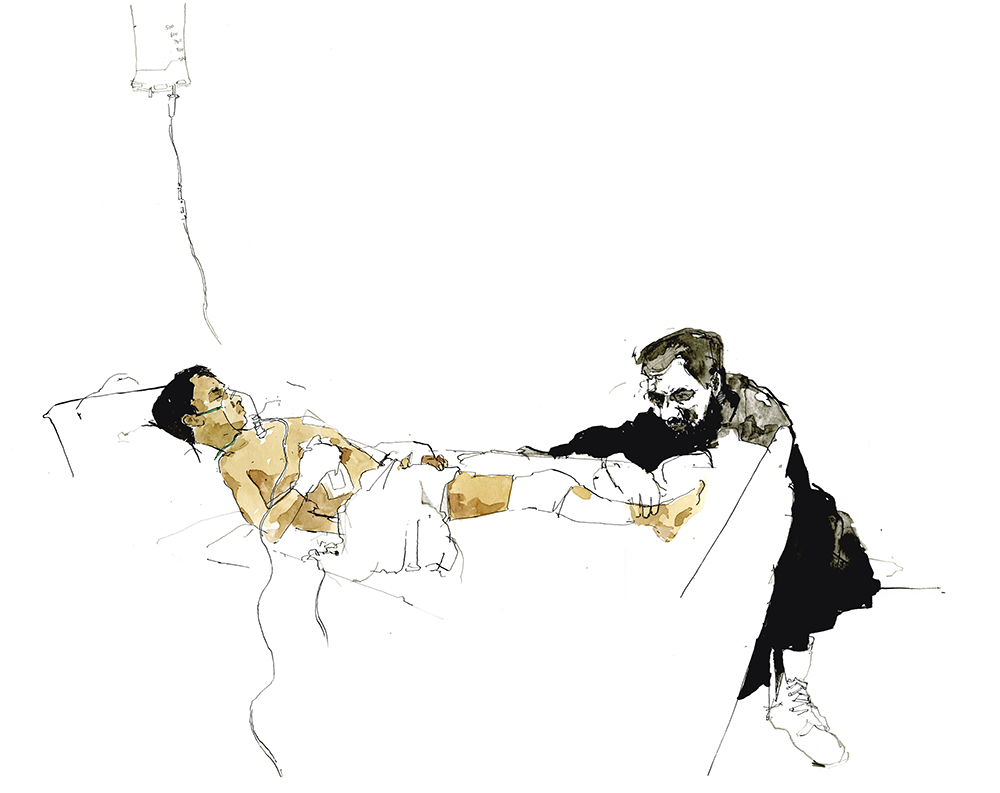 George Butler is an award-winning artist and illustrator specialising in travel and current affairs. His drawings, done in situ, are in pen, ink and watercolour.

Over the last ten years his desire to record scenes in ink rather than with a camera has meant he has witnessed some extraordinary moments; at refugee camps in Bekaa Valley, in war-torn Syria and Iraq, in the oil fields of Azerbaijan, in Gaza with Oxfam, in Tajikistan, Afghanistan, Myanmar, at a neo-Nazi murder trial in Munich, on an oil rig in the North Sea, down a Ghanaian gold mine… the list goes on.

His drawings have been published by The Times (London), Monocle, New York Times, the Guardian, BBC, CNN, Der Spiegel, ARD television Germany and NPR. His work has been shown in the Imperial War Museum North, Lambeth Palace and the V&A Museum which also holds some of his work in the National Archive.

In 2014, he founded the charity Hands Up Foundation with three friends. The aim was to remind the people they had met in Syria that they had not been forgotten. The Hands Up Foundation supports salaries of professionals inside Syria and has to date raised over £5 million.

A book recording his work on human migration Drawn Across Borders was published in April 2021 by Walker Studio, and he has recently illustrated the latest novel by Michael Morpurgo, When Fishes Flew, published in Autumn 2021.