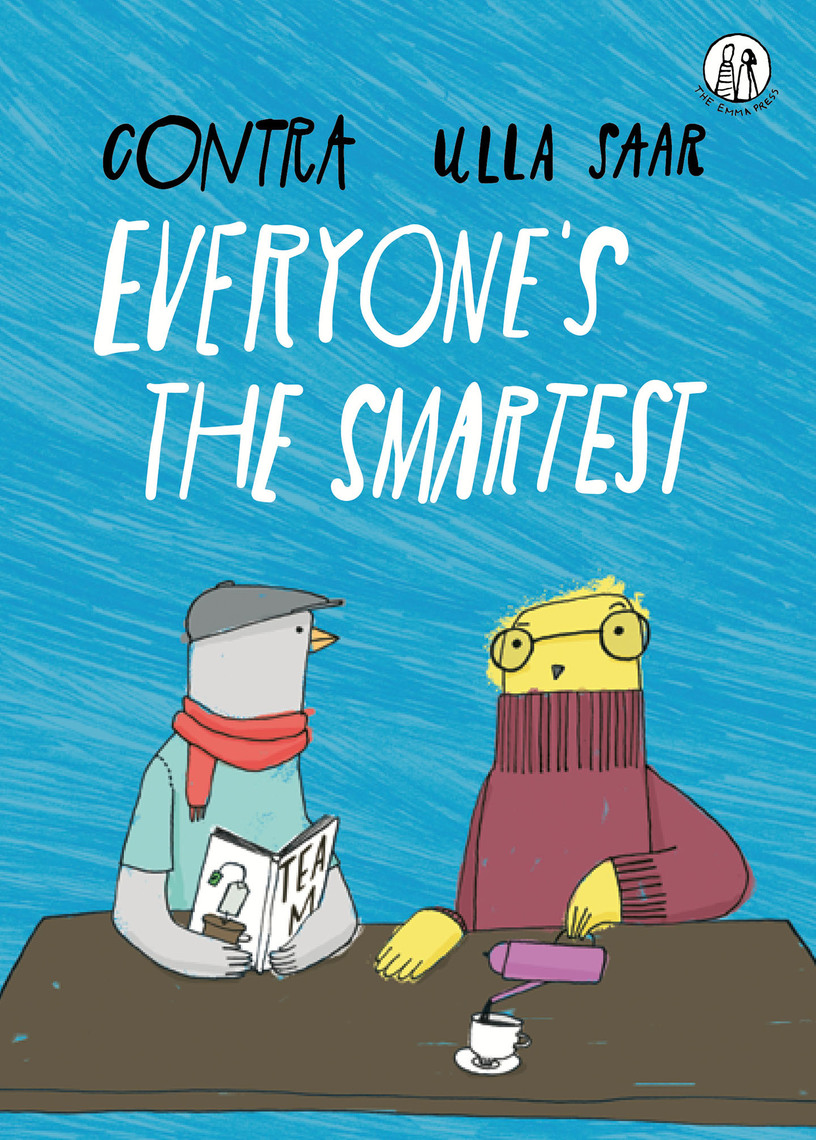 Everyone’s the smartest is a collection of poems exploring school life, life where both normal and strange events happen and friendships and relationships with teachers and families are explored.

It was originally published in Estonia where it won the 2014 annual award for children’s literature. Contra is a very well-known and multi-award winning poet in Estonia, also popular on television. The illustrator Ulla Saar won the 2013 Best Young Illustrator award in Estonia and her book Lift was in the 2014 White Ravens catalogue. She has now illustrated 20 books.

The poems are funny, observant and humorous.

In our class the kids are smart
our heads are full of clever thoughts.
Some of us know a lot about chess,
some about kicking a ball in the net,
some are quick at mental maths,
some at walking really fast,
some are great at eating pies,
some are good at telling lies.
You won’t find a class that’s better than our class is,
where everyone all agrees
that everyone’s the smartest.

*This book, together with Queen of seagulls and The book of clouds, are all published in the UK by The Emma Press who specialize in poetry for children and adults. They have worked with the literary organisations in the Baltic States to apply for grants to help the translation and publication of these titles in Engish in the UK. They are all very well illustrated and many of the illustrators have been involved with the POP UP Baltic States project.