back to IBBYLink Autumn 2018
Lucy Pearson

At the end of Philippa Pearce’s Tom’s Midnight Garden (2008  [1958]), Tom realises that his night–time visits to the garden as it existed in the past have been part of a shared narrative. Learning that his playmate little Hatty and old Mrs Bartholomew are one and the same, he understands that ‘the weather in the garden had always been perfect’ because it had ‘depended upon what old Mrs Bartholomew had chosen to remember in her dreams’ (Pearce, p.222).

In a similar way, ‘classic’ status depends on a shared reading of a text across generations, a collective pleasure which helps to imbue the narrative with a special quality. Like the garden, classics are in some sense timeless, made more perfect through the action of memory and the act of sharing. 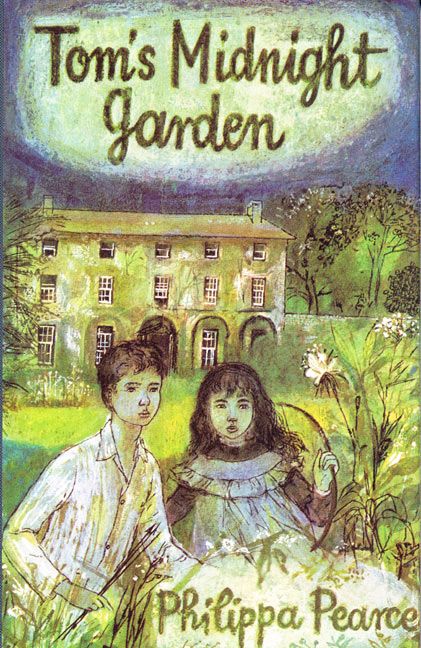 Tom’s Midnight Garden was the winner of the 1958 Carnegie Medal, and is one of a number of Carnegie winners which are now widely accepted as ‘modern classics’. Other Carnegie winning titles from the ‘second golden age of children’s literature’ such as Mary Norton’s The Borrowers (1952) and Alan Garner’s The Owl Service (1967) firmly occupy ‘classic’ territory, and are often published as such in series such as Puffin’s Modern Classics. More recent Carnegie winners such as David Almond’s Skellig (1998) and Philip Pullman’s Northern Lights (1995) have also begun to be considered alongside these earlier winners. Indeed, all these titles appeared on the shortlist for the ‘Carnegie of Carnegies’, awarded in 2007 as part of the Chartered Institute of Library and Information Professionals (CILIP) celebrations of the medal’s 70th birthday (Pauli). But is the Carnegie Medal itself a maker of classics?

It is difficult to come up with a precise definition of ‘classic’, though we tend to feel that we ‘know it when we see it’. Deborah Stevenson suggests that the passage of time is a crucial component, resulting in a reluctance to brand recently published books as classics: ‘Ultimately, [classics] are classics because they are still here, just as much as they are still here because they are classics’ (Stevenson, p.115). Kenneth Kidd, writing about the Carnegie Medal’s US counterpart the Newbery Medal, suggests that literary prizes can help to bypass this route to classic status: ‘Medal winners are instant classics: the selection process an ostensible simulation of the test of time’ (Kidd, p.169). In part this ‘instant classic’ status is rooted in the claim of both the Newbery and the Carnegie Medals to judge literary quality, something which Stevenson suggests is another important component in defining a classic. It also derives from the reflected glory cast by winners which have genuinely stood the test of time: rubbing shoulders with these established classics confers some of their prestige on newer winners. If new winners have the status of ‘instant classics’, however, there is no guarantee that this will stick: the list of past winners includes plenty of titles which have sunk into obscurity. How many readers are familiar with Richard Armstrong’s Sea Change (1948), for example, or David Rees’ The Exeter Blitz (1978)? Even Kevin Crossley–Holland’s Storm (1985), selected by the expert panel who compiled the shortlist for the ‘Carnegie of Carnegies’, lacks the kind of general recognition which is attached to classic titles.

Winning the Carnegie Medal does increase a book’s chance of sticking around long enough to attain ‘full’ classic status. Of 79 winners to date, 57 are still in print, including more than half the titles chosen during the first two decades of the medal. This is in part because canon makers – academics, librarians, critics – are inclined to respect prize–winning status, if only because lists of medal winners are a convenient reference point for histories of children’s books. The critical and scholarly attention paid to Carnegie Medal winners has helped to establish them in the canon (albeit in some cases only as a footnote). But having a place in the canon is not the same as attaining classic status: classics are remembered not only by scholars, but by general readers. They must be read, or at the very least have secured a cultural position which makes them recognisable; the classic status of Alice’s Adventures in Wonderland (1871) is secured by the fact that children continue to encounter it in a variety of forms (even if relatively few read the original novel).

The critical and scholarly attention paid to Carnegie Medal winners has helped to establish them in the canon (albeit in some cases only as a footnote).
It is slightly discomfiting, then, to find that when CILIP commissioned a survey to find out which books from the last 80 years had stood the test of time, only one of the top 15 books chosen was a Carnegie winner, and one a winner of the sister award the Kate Greenaway Medal (CILIP, 2017). When parents were asked which books had made the most impact on their families, the top three books named were by an author who was never awarded the Carnegie Medal for any of his novels: Roald Dahl. The survey confirmed the role of intergenerational sharing of books in creating classics: 84% of parents surveyed said they actively encouraged their children to read their own favourite classics. The choice of Roald Dahl, who has consistently been one of the UK’s most popular authors with children – but not with critics – highlights the fact that in identifying ‘classic’ titles parents had largely returned to books they had enjoyed reading during their own childhoods. Despite the fact that Charlie and the Chocolate Factory (1964), The BFG (1982) and Matilda (1988) feature poverty, parental neglect and creative punishments of ‘unpleasant’ children, 76.84% of parents said they felt ‘happy, nostalgic and comforted’ when revisiting these classics with the children. Like Mrs Bartholomew’s memories in Tom’s Midnight Garden, the action of nostalgia works to highlight positive memories.

The results of this survey highlight the tension between the literary and the popular which has always been attached to the Carnegie Medal. The very notion of a children’s book award invites the assumption that it should select books which children enjoy, but the Carnegie’s credentials as an arbiter of literary quality rest in large part on the fact that the selection of winning titles is not based on the popular appeal of the books. Its distinctive identity is based on the fact that it represents the judgements of librarians, drawing on their professional expertise to select an ‘outstanding’ book. Furthermore, the medal’s criteria do not direct judges to consider the likely appeal of the books to their intended audience; in fact they do not mention children at all. Child readers are invited to engage with the medal through CILIP’s shadowing scheme, but it is rare for the popular choice of the shadowing groups to align with the winning title. In 2018, for example, the shadowing website displayed a ‘reading barometer’ measuring the response of shadowing groups on a scale from ‘Cool’ to ‘Burning’, ranking Angie Thomas’s The Hate U Give (2017) as the clear favourite of the shadowing groups (CILIP 2018). The actual winner, Geraldine McCaughrean’s Where the World Ends (2017), did not even make it into this ranking.

The gap between the tastes of the Carnegie judges and those of reading children is not necessarily a problem in itself, since there are plenty of mechanisms for highlighting popular choice, not the least of which is sales figures. However, it does pose a problem for the Carnegie as maker (or at least identifier) of classics, which attain their cultural position in part by being read and passed on. In the case of children’s classics, this longevity depends on adults: just as Tom can only access the garden through Mrs Bartholomew’s memories, so too children access ‘classics’ through the adults in their lives. But among the most powerful actors in passing on these classics are parents, who – like Mrs Bartholomew – are acting primarily in their capacity as ‘ex–children’, passing on memories of their own childhoods. Since the Carnegie Medal has passed over many of the most popular children’s authors of the last 80 years, including Roald Dahl, Enid Blyton, Jacqueline Wilson and J.K. Rowling, adults returning to their own childhood favourites will not necessarily find past Carnegie winners among them. Winning the Carnegie Medal does provide entry into the canon, attracting critical attention and entry onto school and university curricula. The ‘instant classics’ of today, however, may not become the lasting classics of tomorrow.

CILIP (2017) ‘Charlie and the Chocolate Factory beats Harry Potter as it tops list of children’s books that have stood the test of time’. Carnegie Greenway website. http://www.carnegiegreenaway.org.uk/press.php?release=pres_2017_anniversary_poll.html

Lucy Pearson is a lecturer in Children’s Literature at Newcastle University. She is the author of The Making of Modern Children’s Literature: British Children’s Publishing in the 1960s and 1970s (2013) and editor of Jacqueline Wilson: A New Casebook (2015). She is currently working on a major new history of the Carnegie Medal and its role in shaping British children’s literature.