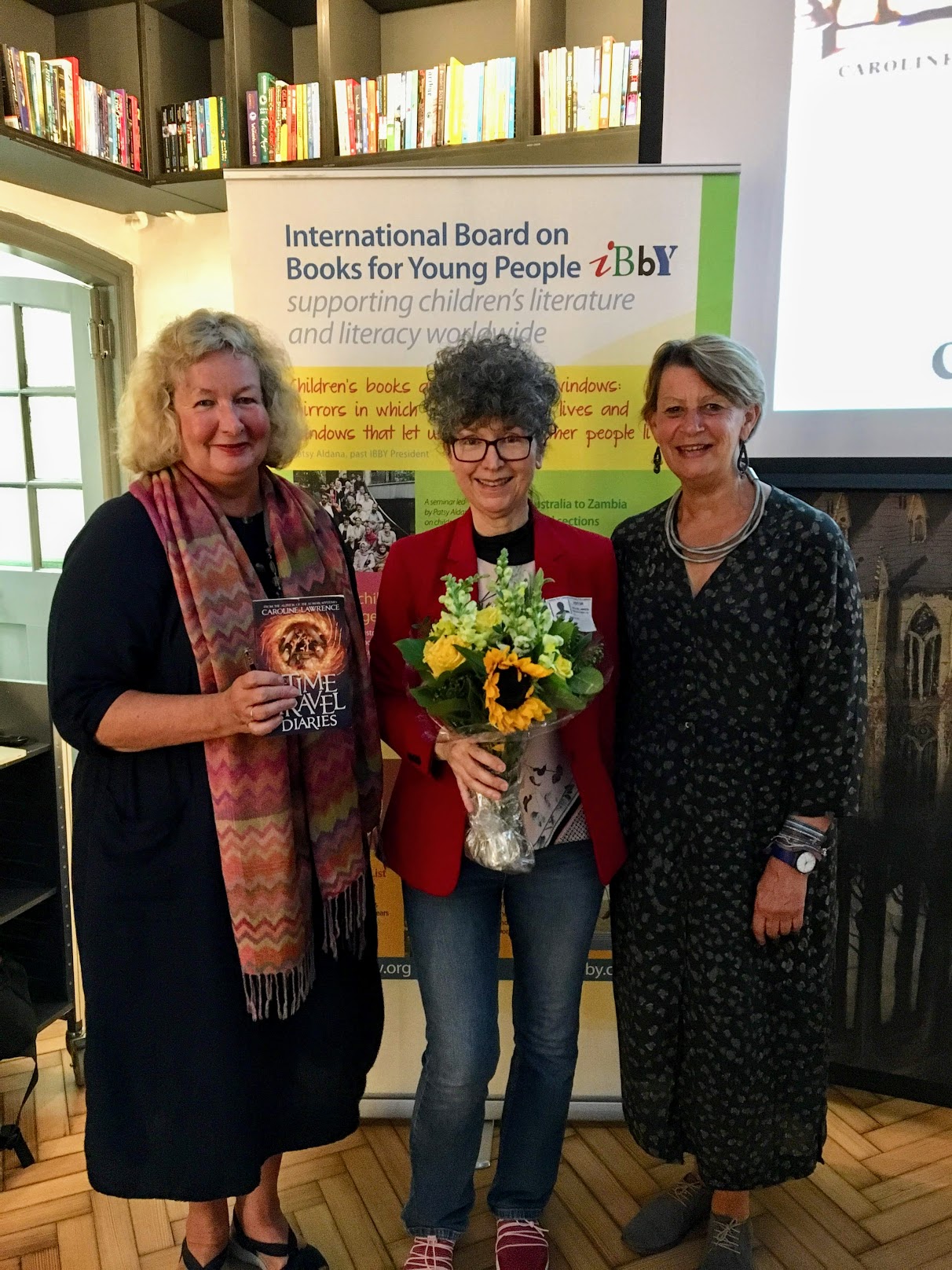 This year’s IBBY UK Annual General Meeting was held on Monday, 24 June at the Centre for Literacy in Primary Education, in Webber Street, London SE1 8QW and was well attended. It was a great opportunity for members to meet up and see the Centre’s impressive new permanent library of 23,000 children’s books. To find out about the year’s events and initiatives read Pam Dix, the Chair’s report.

A stalwart supporter and member of the committee of volunteers, Clive Barnes, has resigned and so his dedicated service was recognised with appreciative comments from Ann Lazim and Rebecca Butler.  Ann reminded us that Clive joined the IBBY committee back in 2010.  He has served as Chairman, overseeing the IBBY London Congress, and has produced many detailed, carefully researched Hans Christian Dossiers in his time.   His knowledge has been invaluable as Rebecca Butler pointed out so our thanks go to Clive for his contribution and support.

Following the AGM, I had the pleasure of introducing our special guest speaker, American, Caroline Lawrence, author of the popular series The Roman Mysteries, which the BBC made into a glossy children’s TV series in 2007 and 2008.  Something of an expert, Caroline studied Classics at Berkeley where she won a Marshall Scholarship to Cambridge so that she studied Classical Art and Archaeology at Newnham College.

Caroline shared her background but the main focus of her talk was her most recent book The Time Travel Diaries in which a 12-year-old schoolboy, Alex Papas, time travels to Roman London via a portable portal in London’s Mithraeum, in search of a blue-eyed girl for billionaire, Solomon Daisy. He has to obey three rules: 1) Naked you go and naked you must return. 2) Drink, don’t eat and 3) As little interaction as possible.

This book had its origins in Caroline’s fascination with a recently discovered skeleton of a girl. In 2003 London builders discovered an ancient graveyard  about half a mile south of  Tate Modern and among the wooden coffins was that of a girl with two small glass perfume bottles either side of her head, the remains of a small wooden  decorated casket, a small key and an ivory  clasp knife, Archaeologists had been able to learn her age, 14, and that she grew up  in the southern Mediterranean, possible North Africa. Caroline was assisted in her research by Museum of London experts and decided to invent a possible scenario explaining why such a blue-eyed girl from North Africa would come to Londinium in the late 3rd or 4th century AD.

It was a fascinating opportunity not only to learn about the writing journey of this successful author whose books support learning and develop vocabulary but also something about the tomb close by, free and open to the public. The London Mithraeum Bloomberg SPACE in the heart of the City is located at 12, Walbrook, EC4N  8AA. Our thanks must go to Caroline Lawrence, the  IBBY UK committee and CLPE for this informative and enjoyable occasion.