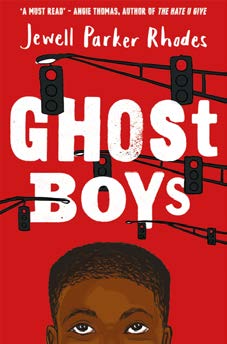 The rise of Black Lives Matter brought renewed attention to my novel Ghost Boys, about the murder by a policeman of a twelve year old playing with a toy gun. Racism, implicit bias, and colourism has afflicted American society since slavery.

While it was heart breaking to write Ghost Boys, I did so because I believe books can provide a ‘safe place’ for youth to discuss social injustice with their parents and teachers. Fiction inspires these conversations and helps to develop empathy and critical thinking skills which can combat prejudice.

Having been stereotyped throughout my life, it is a point of pride that I love all my characters (even the most flawed) and provide a lens for readers to compare and contrast differing perspectives.

Jerome, the murdered protagonist joins Emmett Till (whose murder at fourteen in 1955 ignited the Civil Rights Movement) to find the living who can ‘bear witness’. It is Sarah, the white police officer’s daughter, who can see the lingering spirits and who becomes empowered to advocate for social justice.

‘Bearing witness’ – whether it’s ‘speaking truth to power’ or making art – is a profound, universal, human activity. I try to model pathways for youth to be resilient, empowered and to become engaged citizens. As Jerome says, ‘Only the living can make the world better. Live and make it better’. 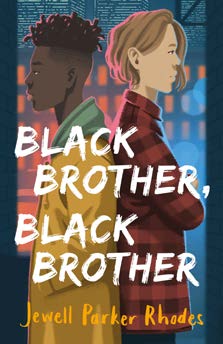 Black Brother, Black Brother tackles the myth of race and the destructive power of colourism. Donte and Trey (brothers and sons of a black mother and a white father) are inspired by my own experiences raising two biracial kids (one, light-skinned; the other, darker). Because of skin tone my children have had very different experiences growing up in America. Skin colour should not determine the ease with which one child is more fully embraced by society and the other is subject to racism. Like Donte and Trey in Black Brother, I want my children (all children) to be treated equally and none privileged because of skin tone.

Racism and implicit bias also exist in schools. Children of colour from preschool through high school are stereotyped as trouble-makers, more sexually mature and older than their years, and less intelligent. Schools suspend and disproportionally punish black and brown children more frequently than their white peers. Horrifically, there are real-life examples at all grade levels (even a five-year-old!) being arrested on school grounds by police. This starts a ‘school-to-prison pipeline’ which not only traumatises students but makes it less likely they’ll graduate high school and more likely that as adults they’ll be imprisoned.

My character, Donte, is unjustly arrested in school and he uses sport (fencing) to triumph over bullies. But, more importantly, he develops self-love and urges all his classmates to celebrate their heritages. Everyone is a ‘mixed-blood stew’ of humanity; we are all family.

For young people challenged by discrimination, Donte asserts: ‘Be you. Even if others can’t see you’. 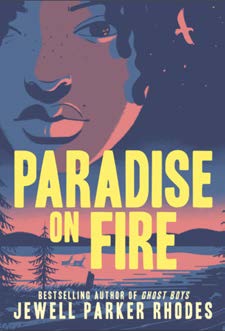 My newest novel, Paradise on Fire, is a novel about climate change. Wildfires throughout the world are devastating communities, wildlife and habitats. My heroine, Addy, learns the importance of wild lands, national parks and rural communities. She also learns she has the instinct and strength to be a leader and save lives. Addy’s African name is Aduago, ‘daughter of eagles’. Like an eagle, Addy learns to soar by committing herself to environmental stewardship.

Jerome, Sarah, Donte, Trey and Addy are all characters inspired by today’s wondrous kids. I am trying to provide ‘windows’ into other lives and cultures as well as ‘mirrors’ that reflect the glory and uniqueness of every youth. I am spreading love. This is why I write.

Dr Jewell Parker Rhodes is a New York Times bestselling and award-winning educator and writer for both youth and adults. She is the Virginia G. Piper Endowed Chair at Arizona State University and Founding Director of the Virginia G. Piper Center for Creative Writing. The driving force behind all her work is to inspire social justice, equality and environmental stewardship.