We Are The Beatles 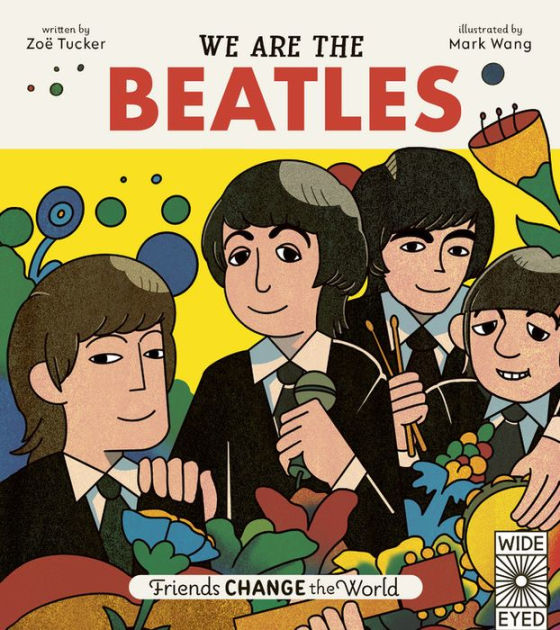 This book tells the story of the Beatles and amplifies the collaboration, support and teamwork as well as the friendship between the boys that enabled them to ‘create something greater than themselves’, namely their music.

Through the qualities of co-operation, respect for each other and inclusivity we see how they come together to form the band and then go on to world acclaim.

The mantra ‘Friends Change the World’ runs through this series of books and it is this that comes to the fore as one reads the story. Not only do we understand their later successes, but also we are introduced to the band as schoolboys. We can celebrate their differences, their diversity and as their audience, we welcome the later two members into the band, each one adding something special that they did not have previously.

The illustrations are light and bright, made up of blocks of colour on white. The pages are divided into several tableaux’s that highlight different aspects of the story. It is quite descriptive but this is broken and punctuated by John declaring ‘don’t be nervous Paul, you can do this’, or Paul telling John as he has his hair clipped ‘This is the new style’, and finally reinforcing that element of co-operation and support of each other, ‘Don’t worry lads, we can do this’.

A beautiful book to read where the illustrations have echoes in my mind of that iconic album cover. Sergeant Peppers Lonely Hearts Club Band, it really pops, and to a generation that may never have heard of the Beatles and their music, it not only informs but brings alive that Beatles sound and the desire to find out more about this very special group of young men.