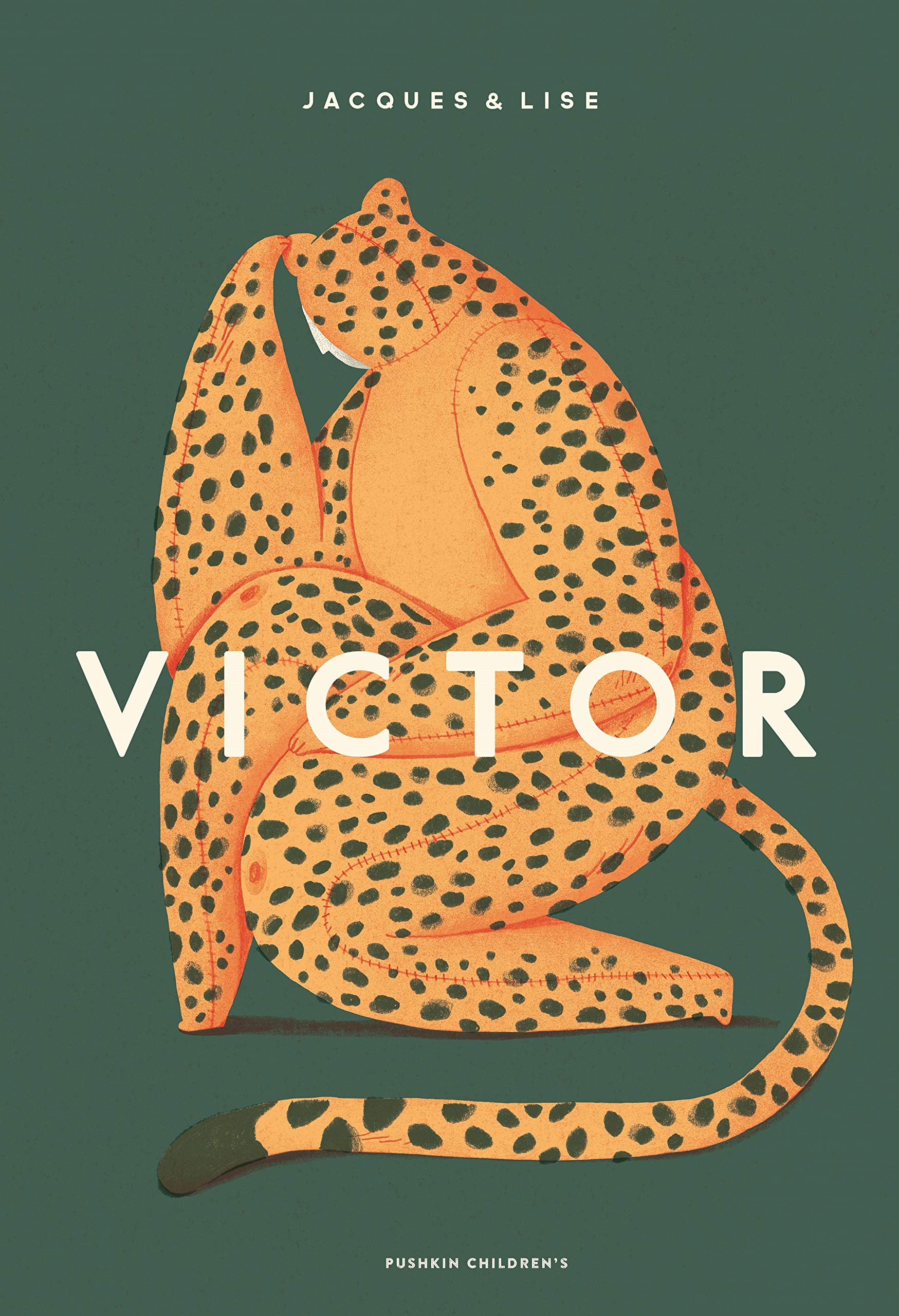 From the creative Flemish duo, Jacques Maes and Lise Braekers, comes this stunning and moving picturebook about man’s greed and the futility of hunting animals for pleasure.

Victor, the impressive hunter, is shown relishing his latest kill, a glorious cheetah, which is now serving as a resplendent rug. The reader notes the bloodshed on the front endpapers, and the weeping cheetahs in Victor’s troubled dreams, and is filled with consternation. The story takes a magic-realist turn as Victor, moved by remorse, disguises himself in the cheetah’s skin and joins the pride of cheetahs in the wild to replace their dead friend.

As we turn the pages we note with increasing astonishment how this human finds acceptance and friendship amongst a ferocious pride. But, inevitably, he gets discovered and faces the fury of his doubly deceived wild friends. We start fearing the worst for Victor, till we realise that this was a dream, a dream with transformational consequences for Victor spurring him on to take remedial action as we see in the back endpapers.

The art is elevating and appealing in equal measure. The images, in their atmospheric, vintage style, evoke extreme emotions in us – from horror and anger at the mindless bloodshed, to surprise at Victor’s shrewd way of finding genuine friendship with the cheetahs, to the deep concern for big cats in the wild – while successfully tempering with its subtle humour. Each double spread is a stark contrast of earthy colours, light and shadows, and arresting images of sleek, spotted cheetahs.

This picturebook opens up avenues for (scaffolded) conversations about violence, loss and friendship across a range of ages, and is as remarkable for its interspecies message of peace as it is for its frame-worthy visual art.