The Immersive World of Suzy Lee 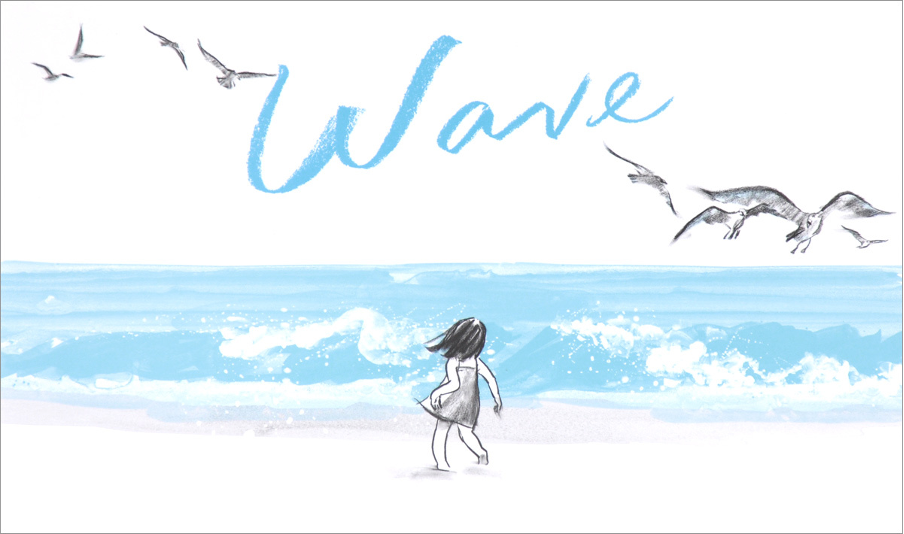 This HCAA nominee spotlight is courtesy of Niveditha Subramaniam and Yukta Bajracharya, in partnership with Evelyn Arizpe and the Erasmus Mundus programme, the International Master’s in Children’s Literature, Media and Culture (IMCLMC).

Well-crafted visual narratives are home to resonant and eloquent silences, where the suspension of the verbal allows for unfettered access into pictorial spaces, in Suzy Lee’s picturebooks.

Born in Seoul, Lee studied painting at the Seoul National University, South Korea, and Book Arts at the Camberwell College of Arts, UK. While her solo offerings and collaborations have both received global acclaim, what marks all of Lee’s work is her creative incorporation of the book’s physicality and aesthetics – from its dimensions to the binding – making each of her picturebooks distinctly enjoyable to look at, hold, and immerse oneself in.

Captivating art meets thoughtful layout and composition in The Border Trilogy, aptly titled for how the series plays with the boundaries and tensions between reality and imagination. Lee’s clever use of the fold is particularly noteworthy as the gutter of these books become a literal and figurative threshold between the known, the safe, and the familiar and the unknown, the alluring, and the unpredictable. The most universal childhood experiences – shadow games, looking at oneself in the mirror, a child’s first encounter with the sea – potently employ silence to evoke feelings that range from quiet curiosity to raucous abandon, from feigned boredom to instinctive fear.

The minimal backgrounds and the generous use of negative space keep the focus squarely on the child character. These works are not plot-driven, instead the emotional world takes precedence, with Lee deftly illuminating the intricacies of her characters’ interiority: marking their changing moods, and staying close to the child’s point of view in ways that are stunningly simple, as can be seen in Wave and Lines, fantastical and transformative as in Shadow, and complex and taking on darker, subtler hues as in Mirror.

In these masterful wordless narratives and in her illustrated works for other authors like This Beautiful Day and Ask Me, Lee often uses a minimal palette and spare linework. Regardless of the choice of medium – pen, pencil, watercolour, acrylic – what stands out in her treatment is her exuberant and lively rendering of characters. Lee’s preference for charcoal is entirely explicable for how it allows for spontaneity and immediacy of sketchbook drawings to translate into finished artwork. There is a gestural force and vitality in her art that faithfully captures the varied body language of the children and their relationships with the world around them. Ask Me, which is a simple dialogue between a girl and her father as they go on a walk, gently cedes agency to the child who commands her parent to ask her what she likes. Complementing Weber’s artless text is Lee’s free-wheeling illustrations that stay true to the ongoing moment in every single exuberant stroke.

If works like Ask Me, The Zoo and River invite readers to see through the eyes of their respective protagonists, others like Open this Little Book actively engages readers through their involvement in every aspect from the page-turn to the matryoshka-inspired architecture of finding a book within a book, each of which get smaller and smaller. While picturebooks of this kind are necessarily interactive, it is notable that the metafictive quality here is not limited to text but extends to readers unpacking the layout and design, provoking them to think about what books are and why tactility is integral to perceptual understanding. Lee’s experimental works also explore the tangible qualities of paper and ink in numerous ways and reveal her preoccupation with ‘bookness’ as she terms it. Her independent venture, Hintoki Press, uses artistic processes like collage and printmaking to explore formats ranging from the accordion book and cards to silent books.

Lee’s books have sold rights worldwide and she has gained recognition and been nominated for several international awards, from being selected for the IBBY Silent Book Honour List to being a finalist for the Hans Christian Andersen Award in 2016. Her work is compelling not just for how it constantly pushes and probes artistic boundaries but also because it is an invitation to look at the seemingly commonplace and everyday with fresh eyes, instilling a sense of wonder for the art of bookmaking and for the picturebook as a refreshing springboard and an inexhaustible portal that carries its audience into infinite, absorbing worlds.