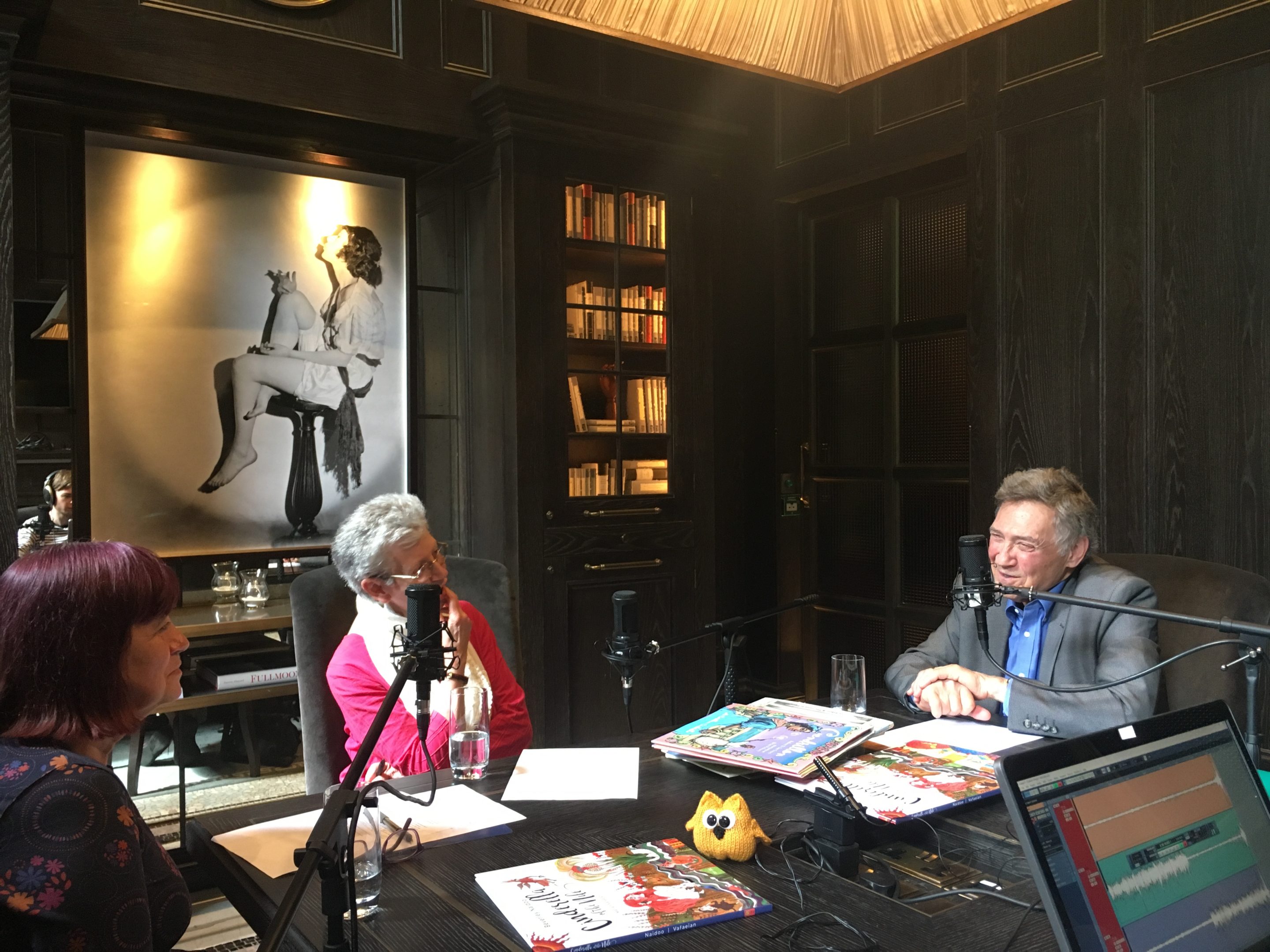 A podcast about the power of fairy tales supported by CLPE, IBBY UK and Tiny Owl Publishing.
Ann Lazim, librarian at the Centre of Literacy in Primary Education, talks to author Beverley Naidoo and fairytale specialist Jack Zipes about the magic and power of fairytales, including Beverley’s latest picture book Cinderella of the Nile, published by Tiny Owl.

You can listen to the podcast here: https://soundcloud.com/user-89102112/cinderellaofthenile

Beverley Naidoo is the Carnegie award-winning author of The Other Side of Truth and many other books for children and young adults. Exiled for campaigning against apartheid in 1965, Beverley came to the UK where she has lived ever since. Her first novel, Journey to Jo’burg, was banned in South Africa until 1991. Her retellings include Who is King? Ten Magical Stories from Africa and Aesop’s Fables. Her latest picture book Cinderella of the Nile is the earliest known recorded version of Cinderella, set in Egypt. www.beverleynaidoo.com

Jack Zipes is Professor Emeritus of German and comparative literature at the University of Minnesota. Some of his recent publications include: Why Fairy Tales Stick: The Evolution and Relevance of a Genre (2006), Relentless Progress: The Reconfiguration of Children’s Literature, Fairy Tales, and Storytelling (2008), The Irresistible Fairy Tale: The Cultural and Social History of a Genre (2012), and Grimm Legacies: The Magic Power of Fairy Tales (2014). Most recently he has published Tales of Wonder: Retelling Fairy Tales through Picture Postcards (2017) and a retelling of Fearless Ivan and His Faithful Horse Double-Hump (2018). www.jackzipes.com

Ann Lazim is a member of IBBY UK’s Executive Committee and is the librarian at The Centre for Literacy in Primary Education – a charity working with all those involved in teaching literacy in primary schools. CLPE’s work raises the achievement of children by helping schools to teach literacy more effectively and showing teachers how quality children’s literature can be placed at the heart of all learning. CLPE has an extensive library, including a library dedicated to fairytales and folktales. www.clpe.org.uk

Tiny Owl is an independent UK publisher of diverse picture books for children. It aims to promote under-represented voices and cultures in children’s literature, and to produce beautiful picture books for everyone to enjoy. Its new series ‘One Story, Many Voices’ explores well-known fairytales and folktales told from different perspectives all over the world. www.tinyowl.co.uk