Slowing Down to Find Magic in Viewing: The Poetics of Kestutis Kasparavicius’ Illustrations 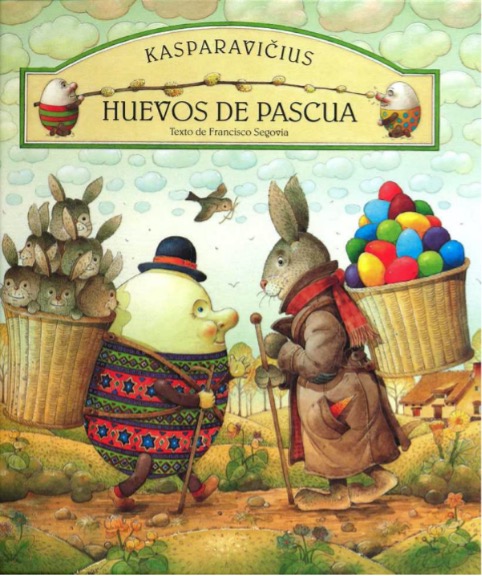 This HCAA nominee spotlight is courtesy of Betül Gaye Dinç and Sandra Leticia Oropeza Palafox, in partnership with Evelyn Arizpe and the Erasmus Mundus programme, the International Master’s in Children’s Literature, Media and Culture (IMCLMC).

Books can read us too, claims Kestutis Kasparavičius, the established Lithuanian illustrator whose creativity has been recognized worldwide.

For more than 35 years, Kasparavičius’s work has shown awareness of the power of viewing picturebooks to involve children in a myriad of emotions and situations. This year, he is nominated for the 2022 Hans Christian Andersen Award in the category of illustration. Presented by the International Board on Books for Young People, this prize honours distinguished illustrators whose art creates meaningful experiences for children, crossing time and space. Having been translated into more than 20 languages, Kasparavičius’ unique contributions to children’s literature make him an ideal candidate for the prize.

Kestutis Kasparavičius was born in 1954 in Aukstadvaris, Lithuania. He studied at M.K.Ciurlionis School of Arts, majoring in choir conducting, but then decided to move into visual arts. So in 1972, he started studies in graphic design at the Vilnius Institute of Arts (now the Academy of Arts). After graduating in 1981, he started working in publishing, where he had the opportunity to demonstrate his talent as an artist, so he became a children’s book illustrator in 1984. He has illustrated 64 books and is the author of 18. As the most famous Lithuanian illustrator, both in his country and in the world, he was recognized with the UNICEF Illustrator of the Year Award in 1993, and with the Award of Excellence in 2003, by the Bologna Children’s Book Fair.

Kasparavičius is often called a conductor of imagination, referring to not only his upbringing but also his stimulating images. One can see musicality in his illustrations, which is not a coincidence, considering Kasparavičius’ education blended both music and visual arts. Thus, he orchestrates his compositions, where soft watercolour brush strokes, pleasing colour palette, precise shapes, and absurd figures merge into a harmonious symphony. These compositions motivate the readers, defined as a crossover group, due to the optimistic yet innovative and ironic tone which his signature.

Kasparavičius develops this dynamic artistic trademark by intertwining different styles through international collaborations with different publishers. His earlier illustrations in The Adventures of Baron Münchausen (1987) and Lithuanian Fairy Tales (1989) were created with watercolour and hatching techniques, which are different from his art today, yet hint at his earlier connections to surrealism. When asked about his style, he admits that the expectations of the German publishers that he collaborated with had a major influence on him. After that, realism became the distinctive component of his illustrations, like in the books The Pied Piper of Peru (2002), Brother Bartholomew and the Apple Grove (2004), and Saint Valentine (2004), in which he pictured the lives of saints. Moreover, his skills fulfil the requirements of the classics, such as Collodi’s Pinocchio (1993), Hoffman’s The Nutcracker (1998), Andersen’s Thumbelina (2005), and Dostoevsky’s The Honest Thief (1994), while also questioning their canonicity with humour.

On the other hand, Kasparavičius’ illustrations in Edward Lear’s The Duck and the Kangaroo (1992) set a prolific example of nonsense imagery where the comic elements in Lear’s drawings are mixed with Kasparavičius’ humorous animal drawings and sophisticated endpapers. Thanks to his talent for drawing animals, Kasparavičius achieves to portray his characters in a realistic manner, as well as other common objects that are anthropomorphized and involved in extraordinary adventures. Just as in Once Cuentos Fantásticos [Eleven Fantastic Stories] (2005), Kasparavičius portrays fish tracing a flying plane, worms living in the apple-houses, or bears cleaning the moon. In Cosas Que Pasan  [Things That Happen] (2016), where a cheese becomes a pet, a cow gets fed with words, a toilet becomes a king, and fruits and vegetables have feelings. These intriguing characters evoke children’s imagination and invite children to look at their surroundings in a poetic way, finding magic and meaning in everyday objects.

For the artist, the image comes before the text, since he cannot picture the text without the image. Therefore, in some of his books, like Navidad en familia [Christmas in the Family] (1999) or Huevos de Pascua [Eastereggs] (1995), there is not an apparent sequentiality between the illustrations, but through the words, the plot is constructed and each image is connected with the others. However, in Zanaforius el Grande [Rabbit Marcus The Great] (2008), or in El viaje de Lisa [Lisa’s Journey] (2007), the interplay between images and text is more balanced, although the images convey most of the information because it is through the illustrations that the author communicates his sense of humour, the characters’ emotions, as well as their hopes and dreams.

Kasparavičius intends to slow down image making for himself, and viewing picturebooks for his readers around the world, by adding subtle details into his images. The autobiographical details in his illustrations invite readers for a walk in his house, which bridges the gap between the illustrator and the readers. The affinity between Kasparavičius and his readers has also been established through his intellectual rigour and by the reception of his books by children from different cultures. He pays attention to integrating cultural, historical, or gastronomic components of various countries into his illustrations. In Zanaforius el Grande (2008), Mexican buñuelos (dough fritters), German black forest cake, French croissants, and ANZAC cookies are assembled to address his wide range of readers. Also, he encourages translators and authors to localize and recompose his books by leaving gaps in the visual or textual information. Originally published in German, Tinginių Šalis [The Lazyland] (1996), which contains folklore and famous paintings from various countries, is rewritten by Mexican, Danish, Korean, Greek, Dutch, and Lithuanian authors. Each interpretation of the same illustrations proves how he perfects on delivering multiculturality in a way flexible yet filled with deep meanings.

All in all, Kasparavičius invites readers to imagine that these dreamlike stories can happen in real life and he transforms boring inanimate objects into live characters that experience exciting adventures. By juxtaposing a realistic style and the surrealism of the stories, Kasparavičius’s illustrations seize the power of viewing and encourage children from all over the world to explore their surroundings and look at them through the lenses of magic and imagination. Because of that and for his lifetime’s dedication to this creative field, we consider that Kestutis Kasparavičius deserves to be recognized with the 2022 Hans Christian Andersen Award in illustration.