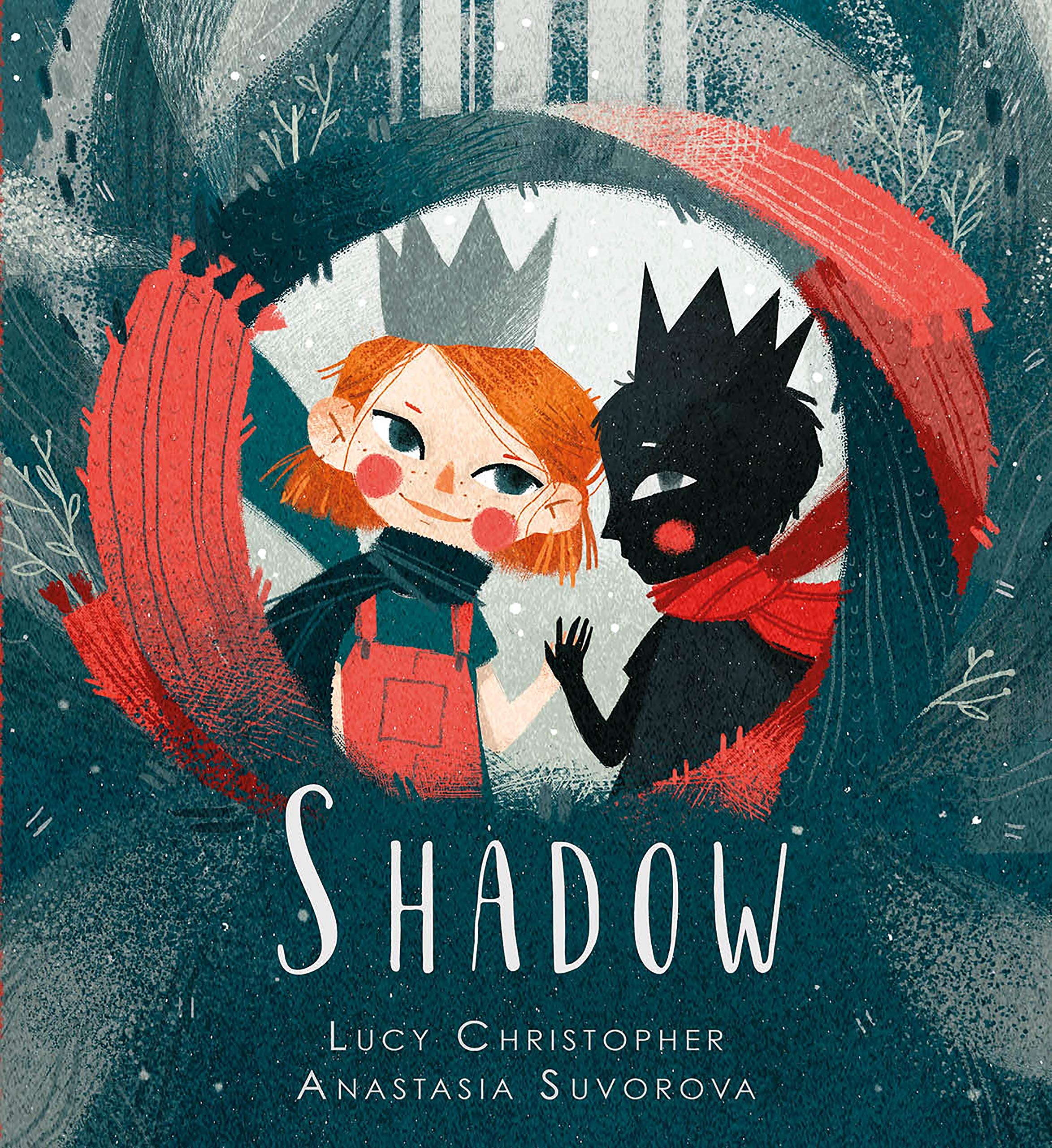 After the move to a new home, Ma seems completely preoccupied. She doesn’t see the Shadow; the Shadow that lures the child into the forest to become truly lost and alone. However, this is not a tragedy – Ma arrives and light is restored to balance the dark.

This is an interesting – and attractive picture book that seems to work on two levels. On the face of it we have a fantasy in which the child meets a strange, imaginary being, the Shadow, but is rescued by the Mother. However, perhaps we are being presented with a narrative about loneliness and depression not just the child’s (here personified by the shadow) but the adult’s as well. Suvarova’s image of the mother at her laptop – a ghostlike figure might suggest this. Certainly the image of the forest is a familiar metaphor, as is the wintry landscape also suggested by Suvarova; a landscape that moves into sunshine and springtime as the child and parent once more connect.

The illustrations pick up the narrative, creating a visual partner for the text so that both are enriched – a powerful example in the blackness of the central spread where the five lines of simple text in white are placed opposite the single image of the child. The dark textured backgrounds against which the artist places a splash of red create a real world within which the personal narrative of the author’s words can operate.

This is a picture book that will certainly find its place in this section of the library. It could also provide the basis for discussion within a class, as there are plenty of questions and ideas that could be explored.