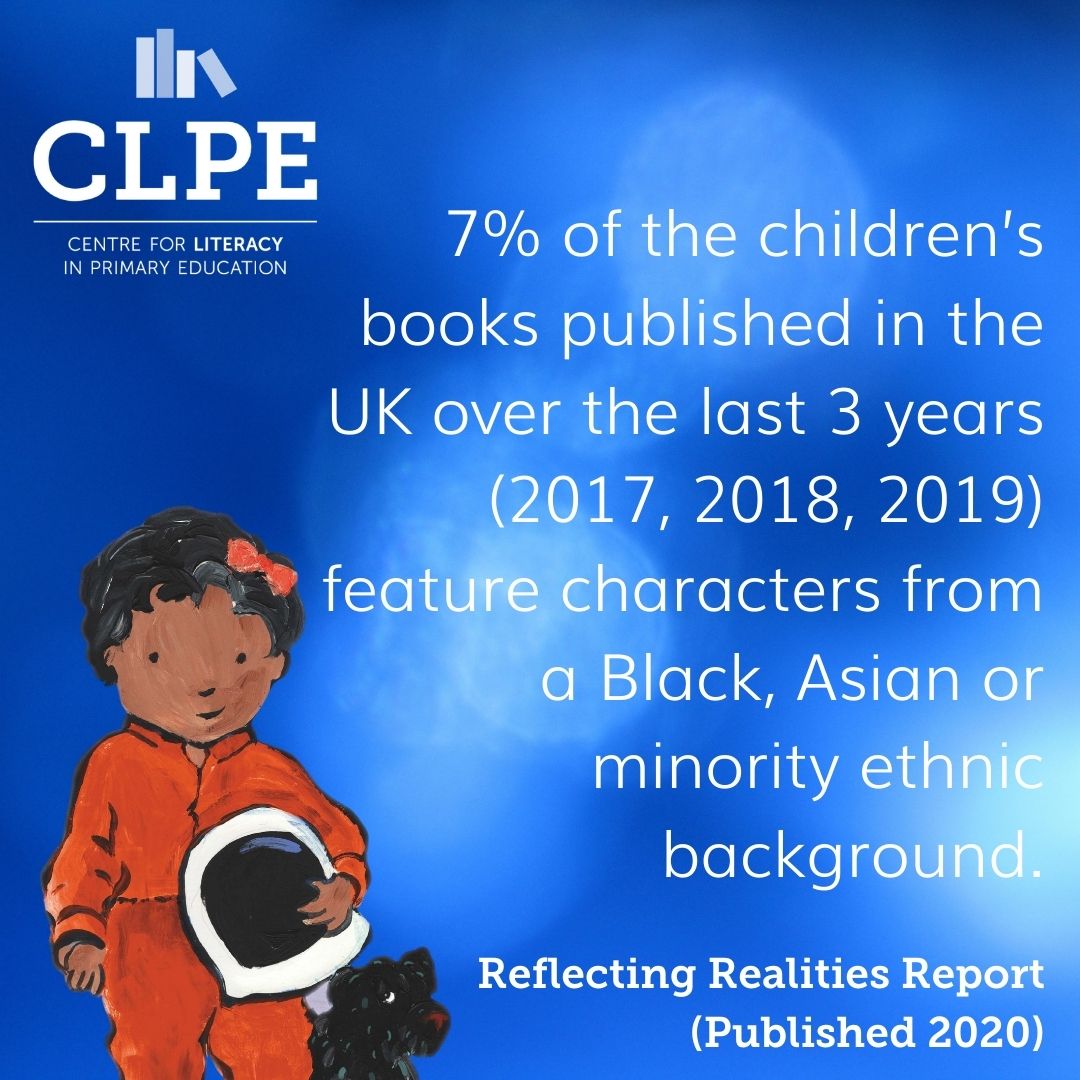 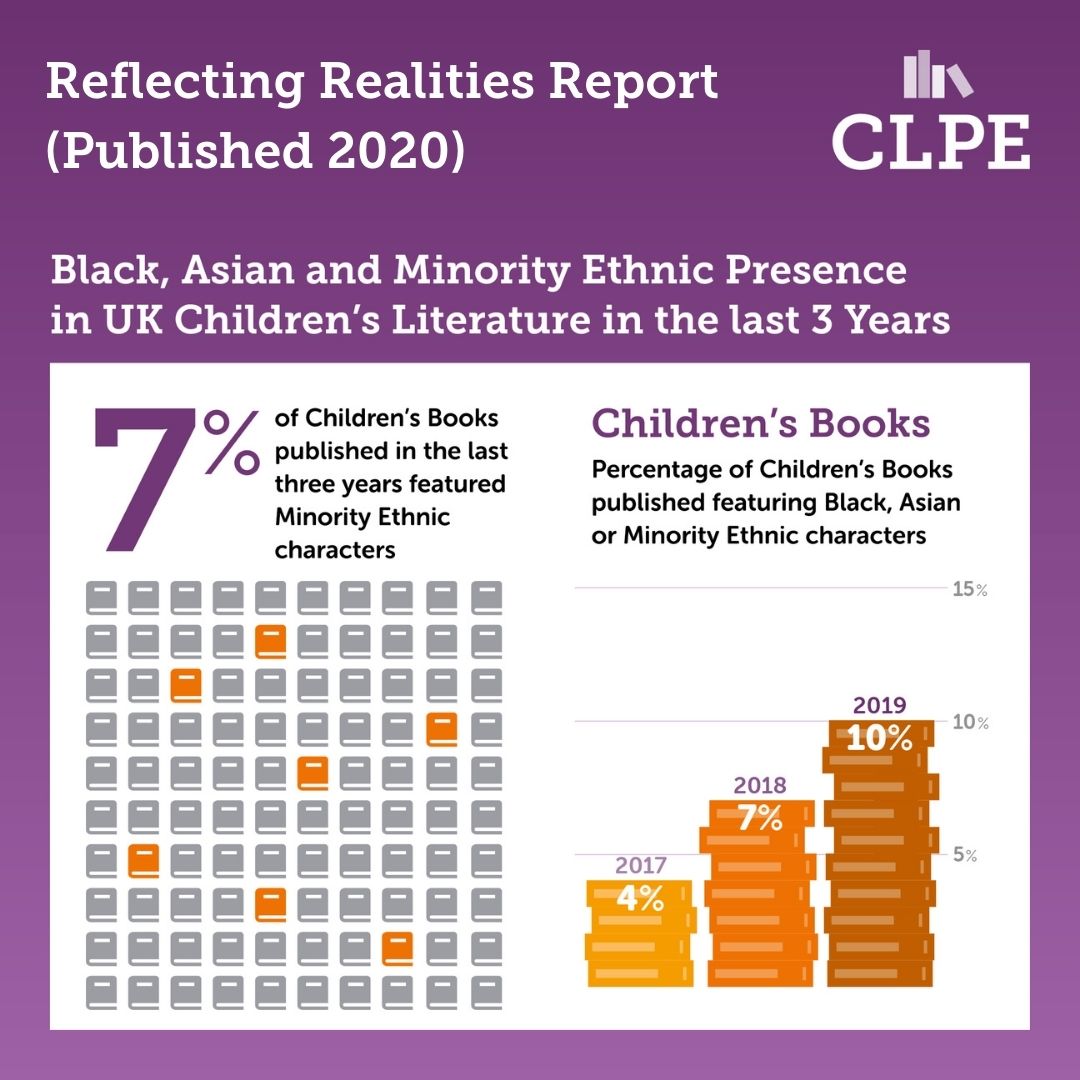 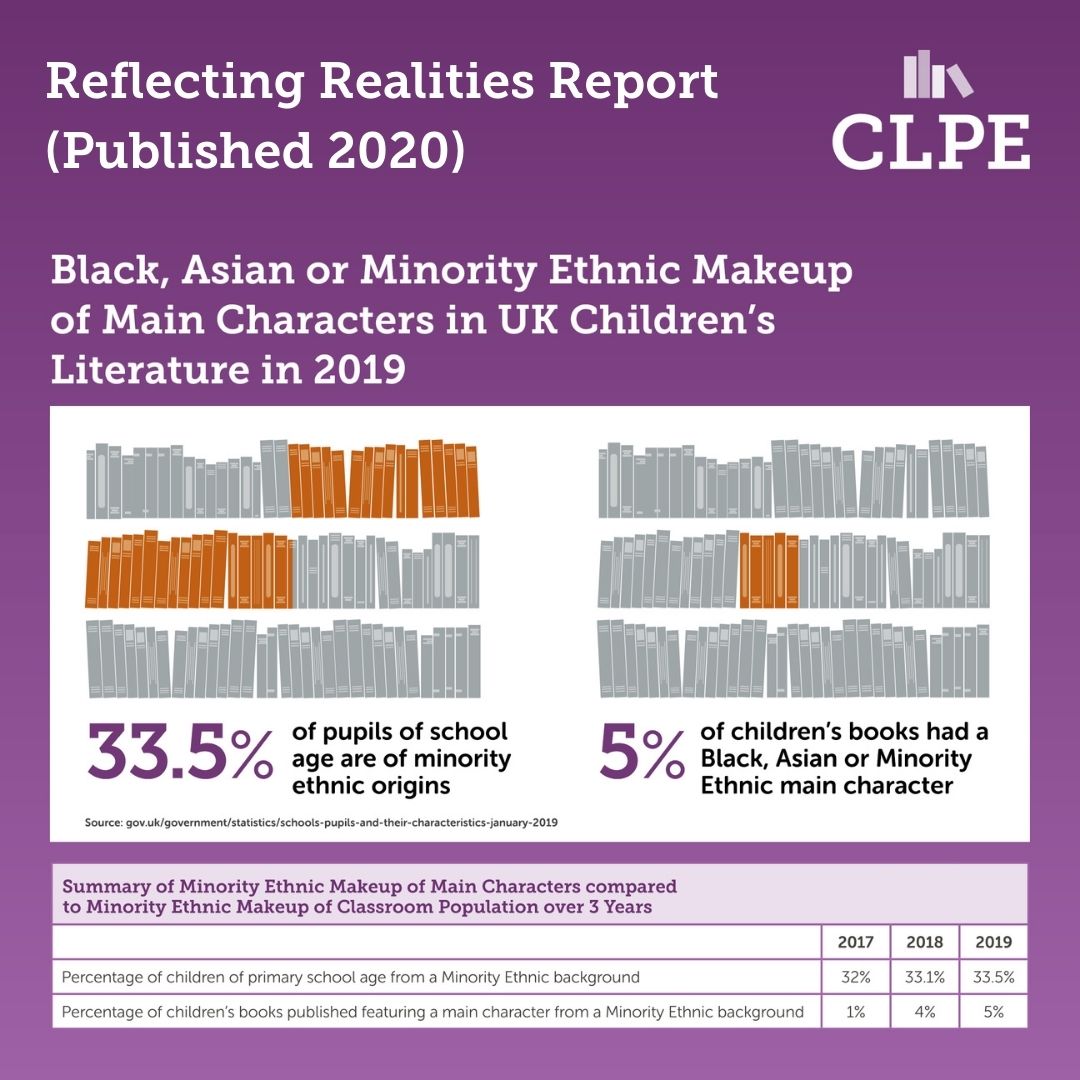 Children’s reading charity BookTrust and the Centre for Literacy in Primary Education (CLPE) are calling on the publishing industry and those who work with children’s books to improve the representation of characters in children’s books and of the authors and illustrators responsible for them.

Findings from BookTrust Represents Interim Research and CLPE’s Reflecting Realities Survey of Ethnic Representation within UK Children’s Literature, both report some positive progress over the past three years (2017-2019), but there remains a long way to go for representation in children’s books and publishing to mirror UK society:

The CLPE report, which identifies and evaluates representation within picture books, fiction and non-fiction for ages 3–11, provides a benchmark to track and understand progress and a toolkit to support both producers and consumers of children’s literature to be more critically reflective in the move towards a more inclusive future.

BookTrust Represents has two clear aims; to increase the number of published creators of colour of children’s books and for children to have access to and to read more books by creators of colour. The latest findings from BookTrust’s interim results show that whilst there has been an increase, there is still a long way to go.

Both reports have made a significant contribution to the wider conversation about representation in children’s books and publishing, by ensuring consistent evaluation and supporting publishers to maintain momentum. However, the figures from each update illustrate the significant extent of under-representation across the board in children’s publishing and literature and the challenge that remains for the wider industry.

The partnership between CLPE and BookTrust aims to drive forward the meaningful and long-term systemic change needed to bring about a shift in behaviours and practices across the industry. In 2021, they will announce a major new collaboration to reach more children in schools. As part of this, both organisations are calling on publishers and other partners to work with them to help redress the balance and make long overdue radical changes to ensure that children across the UK can see themselves and their world reflected in the books and authors they read and for the children’s book industry to finally reflect the society we live in.