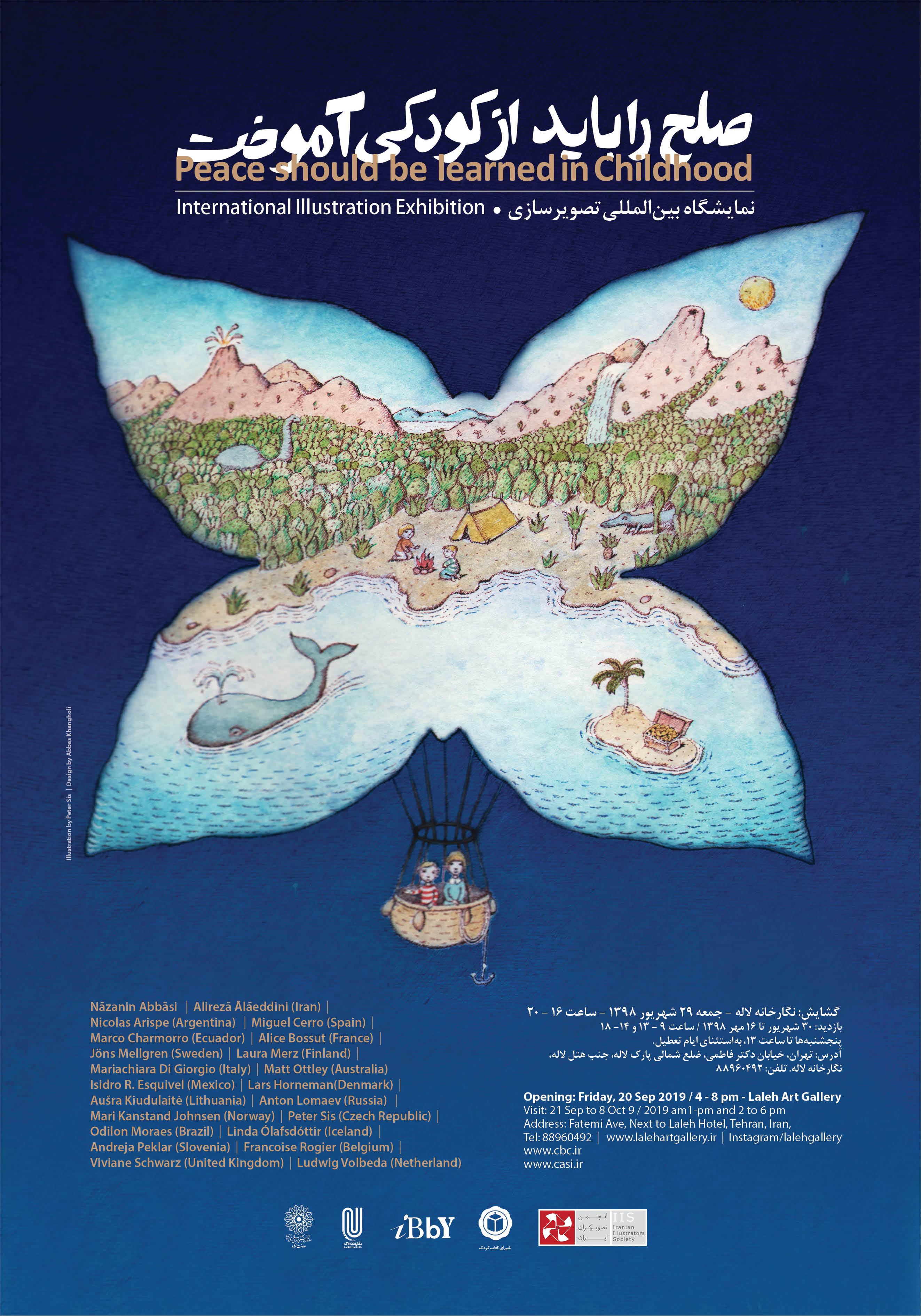 Poster for the “Peace Should be Learned in Childhood” exhibition.

Catherine Johnson wins Little Rebels’ award for her book about slavery and the UK. The book is an extraordinary achievement, telling a complex and challenging story for a younger age group.

20 illustrators from the 2018 IBBY Honour list for illustration have been invited to take part in this exhibition and we are delighted that one of these is our UK nominee Viviane Schwarz.

The list of artists who are going to participate in this exhibition are:

We live in a world filled with violence, inequality and wars against humans, animals and nature. Every single day you can see headlines indicating annihilation of humans, slaughter of animals, and destruction of our irreplaceable environment. Meanwhile, human self-interest seeking and fighting against world not only do not protect us, but also reduces our mental and psychological health, destroys the animals – our living companions on the Earth – and the environment – our habitat. As it seems, the Earth could become an inhabitable place for living creatures in the near future. This is the sad and shameful truth of human story in the 21st century, the same human who in engaged claiming equality and peace for many years.