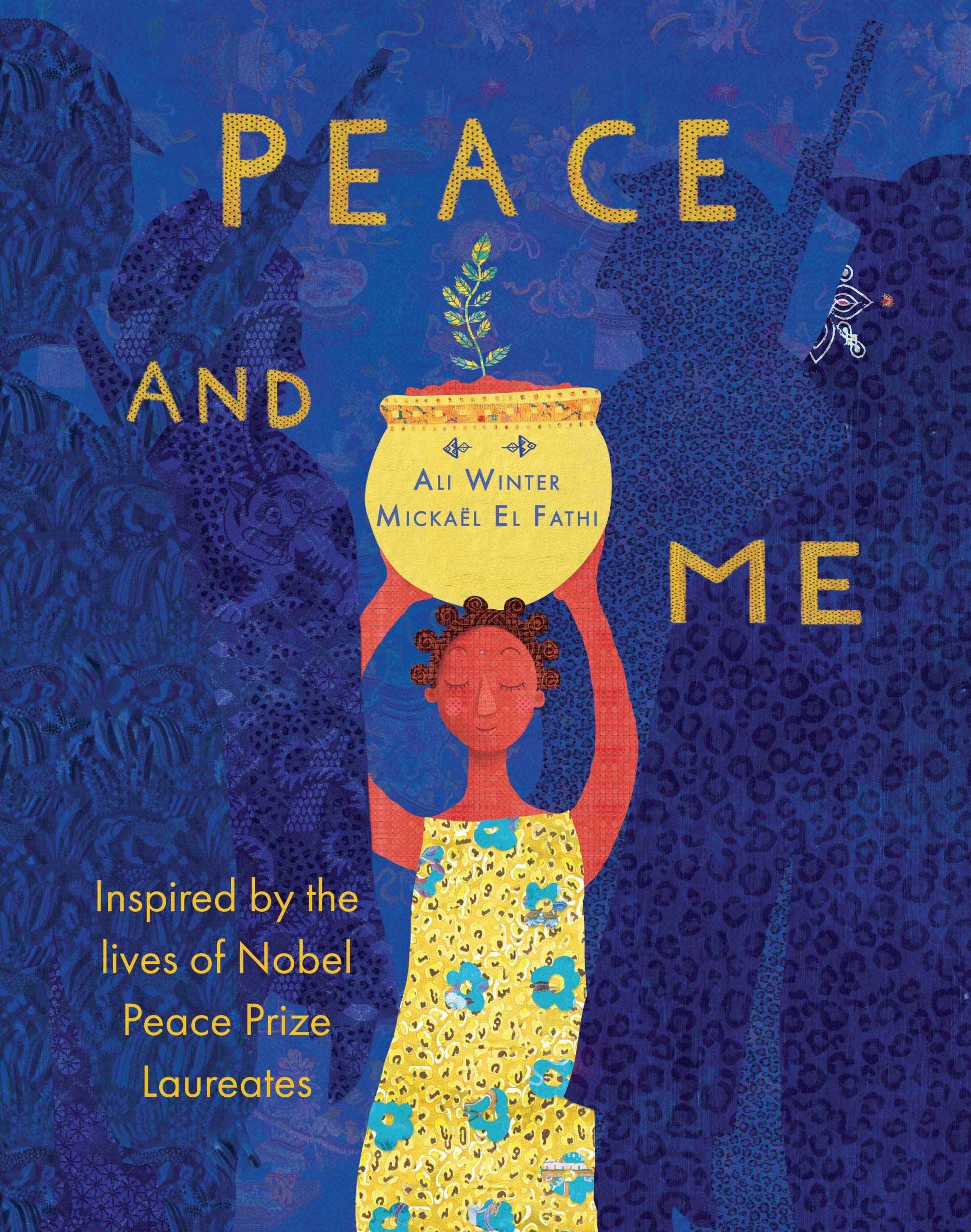 Peace and Me focuses on 12 women and men who received the Nobel Peace Prize, describes their stories and explains the reasons behind their nomination.

Among them, we read about Jean Henry Dunant (1901) whose compassion for wounded soldiers contributed to the creation of the Red Cross, Mother Theresa (1979) whose selfless dedication to supporting the poor was recognised by the Catholic Church, and also about the youngest Nobel Prize winner Malala Yousafzai (2014) who was shot by the Taliban for going to school and inspired young people across the world with her bravery and resilience.

Some laureates featured in this book might be less famous – for instance, Rigoberta Menchú Tum (1992) from Guatemala, who campaigned fearlessly for the rights of the indigenous. This is the main strength of Peace and Me, as well as the gender balance between the presented Nobel Prize winners.

The illustration is distinctive, playfully blending vibrant colours, patterns and quirky collages. This way each character is depicted as a unique individual. On the contrary, the text is written in a simple, direct style well suited to the deep poignant topic of the book.

Although the cover suggests that this is an illustrated book for pre-schoolers, I believe that older children will equally enjoy it.