The 2018 IBBY UK/NCRCL MA study day at Roehampton University with its theme of ‘Craft and Hobbies in Children’s Books’ brought together for me two of my interests, first in textile crafts, specifically patchwork and quilting, and secondly in children’s books.

So I was looking forward especially to hearing Pat Pinsent’s talk on ‘Patchwork in Lucy Boston’s The Chimneys of Green Knowe: Structure and Metonymy’. Patchwork is an important signifier in Lucy Boston’s Green Knowe books, emphasising the importance of heritage and the moral quality of thrift. Patchwork drives the plot in An Enemy at Green Knowe (1964), as outlined by Ann Gibson in her paper ‘Patchwork: An Illustrated Literary Tale’ (2013). Lucy Boston herself was an accomplished quiltmaker.

My interest in children’s literature stemmed from years as a primary teacher, and was honed by an MA in Children’s Literature as a pioneer student on the course at Roehampton. On completing this, I embarked on a City and Guilds course in Patchwork and Quilting. Having acquired sufficient skills to make a quilt, my interest then turned to research and collecting. My attention was caught by the numerous quilts made by Canadian women during the Second World War and sent to Britain for civilian relief. Over half a million of these quilts were made and dispatched in a project coordinated by the Canadian Red Cross. Each quilt had a small label sewn on, which read ‘Gift of the Canadian Red Cross’; hence these quilts are generally referred to as Canadian Red Cross quilts. In Britain, they were distributed to families who had lost their possessions through bombing raids, and to hospitals, convalescent homes, orphanages, evacuees, refugees, Women’s Land Army recruits and maternity homes. 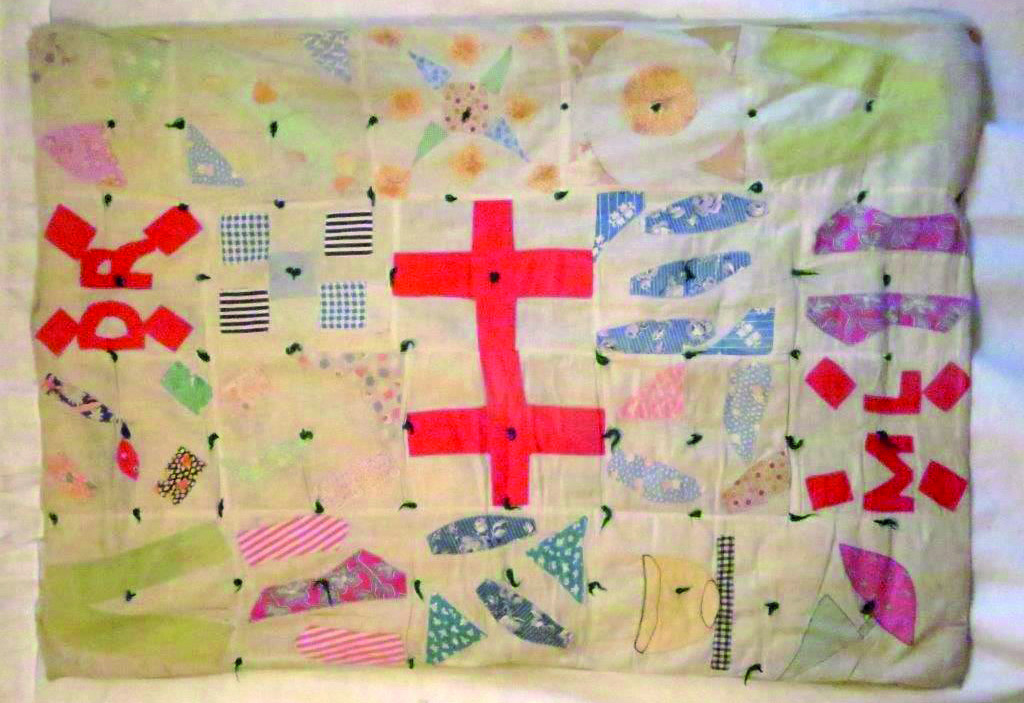 Detail of appliqué on the cot quilt: a teacup (edge of on right) and a boat. Copyright © 2019 David March. 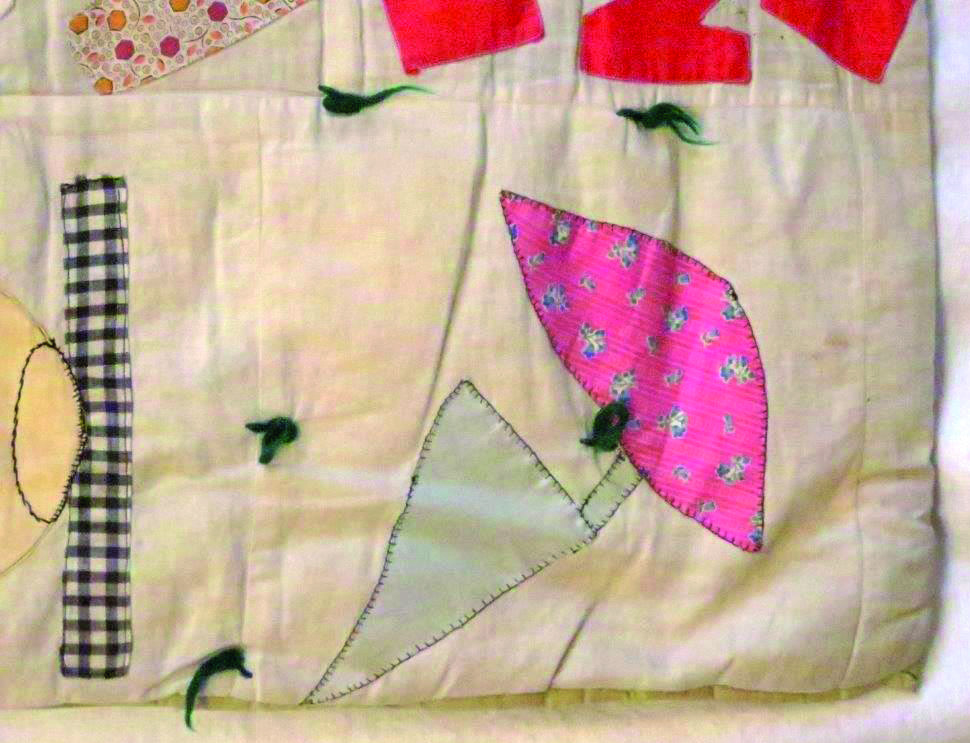 Detail of appliqué on the cot quilt: a teacup (edge of on right) and a boat. Copyright © 2019 David March.

I have been intrigued by the values that are portrayed in stories for children that reference patchwork and quilting. Ann Gibson’s paper looks at the various ways that patchwork is used as a signifier in books for children published mostly in the first half of the twentieth century. She identifies ‘Patchwork as a signifier of security, warmth and a congenial usefulness’. These qualities were echoed by one of my correspondents, Peggy, who as a 17-year-old, barely out of childhood, joined the Women’s Land Army. In her first billet, she was given a Red Cross quilt, which she kept for the duration of the war. She said it represented for her not only warmth, colour, comfort and the kindness of strangers, but excitement and adventure as it had come all the way from Canada.

Some of these quilts sparked the imagination of children who received them. One of two sisters who slept under one such quilt remembers imagining she could choose from the patchwork fabrics and have dresses made for her. Another correspondent, a child in the East End of London, whose home was destroyed in the blitz and her mother killed, was sent to an orphanage in North Wales. She described the children as sleeping in dormitories, each bed having a Red Cross quilt on it. She told how at night the girls would take it in turns to make up stories about designs on their quilts ‘and the stories usually ended with a prince coming to rescue them’. Many of these quilts included novelty fabrics which had images of people and objects. These would have provided a rich source of invented narrative for children starved of stories.

One of the quilts in my collection is a cot quilt which was given to an institution in Dumfriesshire. Originally a Poor Law Institute, it became a hospital and children’s home during the war. As with most of the Red Cross quilts, the patchwork top is made from scraps of fabric, and includes two appliqué pictures, a teacup and a boat. It is easy to imagine a child making up stories about these fabric pictures. 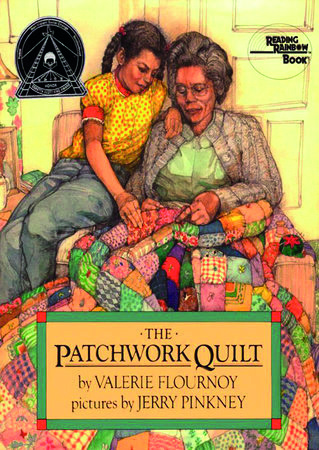 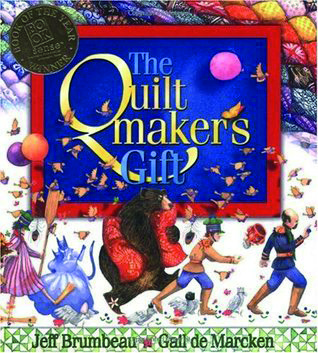 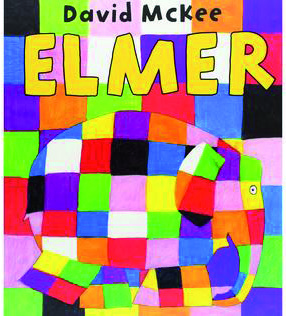 The Patchwork Quilt by Valerie Flournoy and Jerry Pinkney (1995) shows Tanya’s grandmother making a quilt from cast-off clothing, and during the making of it Tanya becomes aware of her heritage.

In The Quiltmaker’s Gift by Jeff Brumbeau and Gail de Marcken (2001), an old woman makes quilts and gives them away to the poor. The king orders her to make him a quilt, but she refuses until he has given away all his possessions. The illustrations are exquisite. Each stage of the story is referenced by a different quilt block.

Probably the best-known books for children using patchwork as a motif are the Elmer the Patchwork Elephant series, introducing another theme, that of diversity.