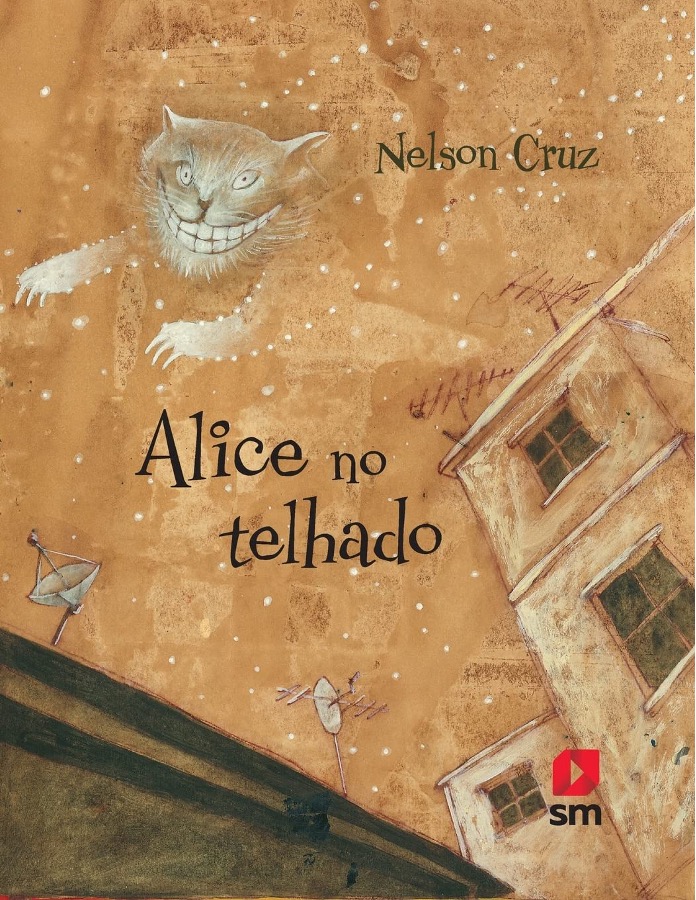 This HCAA nominee spotlight is courtesy of Lilit Khandakaryan and Jéssica M. Andrade Tolentino, in partnership with Evelyn Arizpe and the Erasmus Mundus programme, the International Master’s in Children’s Literature, Media and Culture (IMCLMC).

Deviation, subversion, transgression, provocation.  All of these terms may be used to refer to the work and trajectory of illustrator-author Nelson Cruz.

Deviation. The dictionary defines it as “the action of doing something that is different from the usual or common way of behaving” (2021). This appears to be the exact description of Nelson Cruz’s body of work. The Brazilian artist, who has been nominated for the Hans Christian Andersen illustration prize, has had a trajectory marked by deviations. At an early age, he dropped out of school – a school marked by the authoritarianism of the dictatorial regime and alien to the reality of a boy from the outskirts. Unlike most Brazilian children, Cruz’s engagement with books, literature and visual arts bypassed the realm of formal schooling.

Perhaps it is precisely the illustrator’s lack of formal education that has shaped his aesthetics, freeing him from the constraints of a single art school or movement, allowing him to mix various influences in an authentic manner. Books become a space for Cruz’s artistic explorations, whether by merging different styles or delving into the art-making process itself. Alice no telhado [Alice on the roof], an adaptation of Lewis Carroll’s classic Alice in Wonderland, is a fine example of the artist’s self-reflective work. The author shares the intimacy of the creative process with readers in this picturebook by developing a fictitious tale about an uninspired author who sees Wonderland characters sprout from his blank sheets. The artistic quest is represented both textually and visually in the book, which gives readers a glimpse into the very structure of picturebooks. By displaying sketches and fragments of pictures, Cruz highlights the discontinuity of art-creation, a process that, in the case of literature, only begins with the help of readers.

In many of Cruz’s pieces, materiality plays a significant role. In Alice no telhado, the artist calls attention to the book’s physicality by using scraps of paper. Rather than being a simple canvas or a printing medium, the paper gains new contours by the artist’s hands. Paper is no longer “transparent” in the story’s diegesis and becomes a key aspect for interpretation. Once again, the very concept of picturebook is explored by Cruz, as he invites readers to see its mechanism from the inside out. In fact, the way he explores base materials can be deemed as one of the outstanding characteristics of his aesthetic style. There are several examples of how the illustrator uses a variety of media as both a tool and an inspiration for his work. O livro do acaso [The book of serendipity] is perhaps the most notorious in that aspect: planks of wood serve as canvas for his artwork and the illustrations are guided by the veins and knots of the natural material.

Similarly, in a more recent picturebook called Benjamina, Cruz uses discarded cardboard boxes as a canvas, a material considered waste for most people. The phrases engraved on the cardboards, which are primarily directions for transporting, stacking, and storing items, serve as a jumping-off point for the development of a poetic and critical story about contemporary society. Such experimentation with materiality takes Cruz’ work closer to Avant-Garde Constructivism, as he explores the idea of materials determining form.

In addition to the choice of base materials, the book itself is explored by the artist as a support and space for narration. By creating ongoing images that jump from one page to the next or creating chaotic nonlinear visual images – for example, in Murilo Rubião’s O edifício [The building]– Cruz invites readers to view the book as a visual storytelling support. The book becomes a medium with an active moving visual story, an element that intervenes in the practices of readers.

It was as a deviation that Cruz discovered the public library and, through it, the world of literature. This experience as a reader-explorer is reflected in his artwork in a variety of ways. The return to authors and texts from the literary tradition, in the form of retellings, adaptations and recreations, reveals a sophisticated and creative reader. Echoes of earlier readings become the driving force for artistic creation. The merging of different languages, voices, subjectivities, and points of view in these works allows Cruz to express his interpretation of texts through the lens of visual storytelling. Illustrations not only serve as the artist’s tool for “translating” texts pictorially, but they also act as a bridge between adult and child audiences, challenging the distinctions between children’s and adult literature. Authors such as Bertolt Brecht and Brazilians Machado de Assis, Guimarães Rosa, and Murilo Rubião – all of whom are regarded as “writers for adults” – have had their texts turned into illustrated books that transcend easy categorizations. Cruz’s images complement and transform texts, providing fresh perspectives into the narratives, occasionally hinting at new endings and plot twists, and continually provoking readers.

In many cases, such recreations become a vehicle for caricature, humour, and political engagement. This is best exemplified by the picturebook Se os tubarões fossem homens [If sharks were man]. Cruz appropriates Brecht’s satirical tale about society’s power imbalance by visually recreating it. In the guise of a parallel narrative, he provides his own take on the socio-political issues raised by the book. A red fish, which does not exist in the text, becomes an embodiment of the artist’s voice. Against the tyranny of humanized sharks, the little fish breaks the circle of power by standing out from the crowd, swimming upstream and changing the direction of others, thus helping them to explore their uniqueness. In this piece, the illustrator more openly pleads to political resistance through art, encouraging readers to forge their own path and speak out against power.

In this and other works, Cruz raises an important topic regarding the incorporation of social-political themes into children’s literature. Without relying on commonplaces or easy solutions, he draws on his own experience as a newspaper caricaturist to create provocative pieces that treat challenging subjects as being of interest to a cross-generational audience, rather than distinguishing between topics (supposedly) suitable for adults or children. This feature may be linked back to the early Avant-garde picturebook tradition, in which children’s literature was used as a space for artists’ free creative explorations and the voicing of political concerns. In this way Cruz’s illustrations serve as a place for rethinking and translating the past tradition of picturebooks through the author’s aesthetic expression.

Cruz’s contributions to literature extend beyond his groundbreaking work in formal and thematic aspects. Whether illustrating his own stories or reinterpreting others’, the artist challenges the hierarchy between words and pictures by elevating visual storytelling to the same level as textual narrative. In both his books and interviews, it is easy to spot his support for a better acknowledgment of illustrations in the literary realm, as well as the advocacy for the recognition of illustrators as authors of visual narratives and, therefore, co-authors of illustrated and picturebooks.

Deviation, subversion, transgression, provocation.  All of these terms may be used to refer to the work and trajectory of illustrator-author Nelson Cruz. By challenging established dichotomies – such as the distinctions between children and adults, words and images, classic and contemporary – he blurs old certainties and challenges both children and adults alike to build bridges where once there were borders.