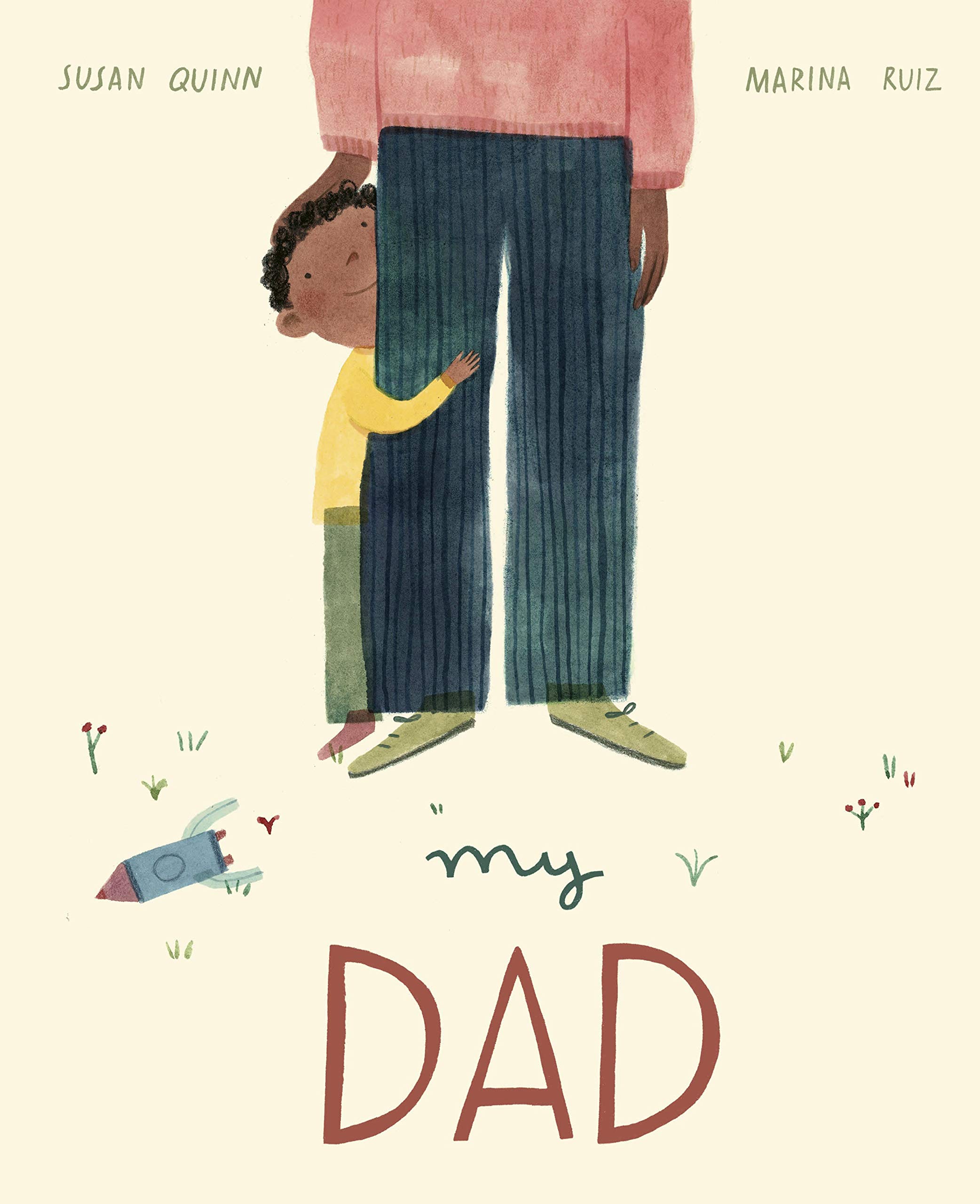 Susan Quinn has given her child narrator a strong and loving voice to guide us through the heart-warming journey of his relationship with his father.

This dad does it all – bakes, gardens, builds train tracks in the living room, goes sledging and takes his son to football.

Activities which allow us to watch the boy lean into his father’s imagination are particularly appealing, and we feel his excitement as the supermarket becomes a jungle and the bathroom becomes a sea of pirate ships.  Here, Marina Ruiz’s translucent layers cleverly place the fantasy world on top of the real one so that we can enjoy both perspectives at the same time.

As the story moves on, Dad’s steadfast devotion is reflected through the passage of the seasons.  We turn pages that take us through spring, summer, autumn and winter, then home for bath and bed.

The words and images work memorably well together.  At the opening, we see the narrator drawing pictures in his bedroom, the style and content of which are referenced throughout the rest of the book. This lovely touch gives the impression that the illustrations are a team effort between the illustrator and the fictional child.

Ruiz’s pictures also pepper the pages with details that suggest other characters and stories. These could provide talking points when reading aloud. It’s worth noting that the father appears to be the child’s sole carer.  An absent mother is implied by the illustration of one small photograph of both parents hugging their son, though this is not intrusive.  The value of the exclusive relationship between child and father is emphasised in the closing lines, ‘And every day is special / when it’s just my Dad and me.’

This book is a charming portrayal of a father who always has time for his child, and a child who bursts with pride for his father. Their life together is the best adventure the boy could wish for.