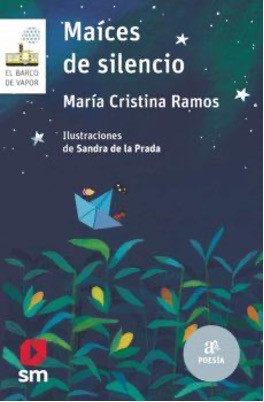 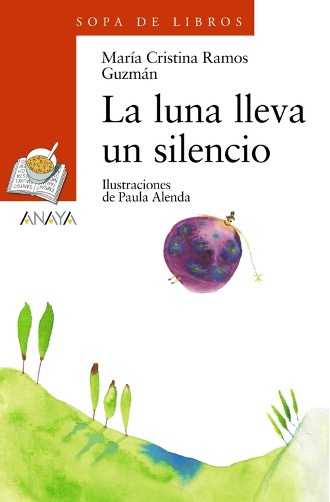 This HCAA nominee spotlight is courtesy of Catherine Lianza Aquino and Gabriela Portillo Menéndez, in partnership with Evelyn Arizpe and the Erasmus Mundus programme, the International Master’s in Children’s Literature, Media and Culture (IMCLMC).

Argentinian author and educator María Cristina Ramos has the uncanny ability to give words to silence. Her poetry and novels make animals, plants, and even stones come to life, leaving readers in awe of the little marvels of the world around them.

Poet, novelist, editor, publisher, and lecturer María Cristina Ramos has been Argentina’s Hans Christian Andersen Award nominee for the last two years of the award, and for good reason. Born in Mendoza in 1952 and currently residing in Patagonia, she graduated from Education with a specialization in Literature, and has since gone on to publish more than forty books and become one of Argentina’s—and Spanish-speaking South America’s—most beloved storytellers for children and young adults. She won first prize at IBBY Mexico’s 1991 Antonio Robles Latin American Awards; UNICEF’s National Contest for Children’s Fantasy Books for Un bosque en cada esquina (A Forest on Every Corner) and the 2016 Ibero-American SM Award for Children’s and Young Adults’ Literature. Her books, while almost impossible to find in English, have been published in Argentina, Mexico, and Spain and translated into Chinese, Korean, and Portuguese. Surely, if there is one thing Ramos has not been, it is silent.

Ramos’s voice shines most in her poetry, which, in the realm of children’s literature, is often neglected in favor of fiction. According to Luis Fernando Crespo Navarro, president of Group SM—one of Spain and Latin America’s largest publishing houses—Ramos’s poetry “helps all readers—especially the youngest ones—approach this world and use it to conceive reality from a poetic perspective, like a child’s game.” Ramos herself is aware of her love for play and freedom, as she has described literature as a “dome made of air” where imagination rules and allows readers to live and breathe within it.

Despite her undeniable gift for verse, Ramos had trouble finding publishers that would invest in children’s poetry. She therefore founded her own publishing house in 2002. She named it Ruedamares, after her own book titled Ruedamares: Pirata de la Mar Bravía (Ruedamares: A Pirate of the Raging Sea) published in 1997. By establishing a space for herself and other writers to experiment with verse, Ramos has since bravely parted the waves for fellow Spanish-language writers to reach more children.

Ramos published Maíces de silencio (Kernels of Silence), one of her most critically acclaimed collections, with Ruedamares in 2002, and later with Group SM in 2018. Maíces de silencio is a love letter to silence and the environment, collecting twelve poems that sing hymns to life and nature, including a little ant’s workday, the view from a fishbowl, and a happy hen’s walk. Through simple verses and vantage points of small creatures, Ramos’ poems marvel at everyday adventures and the wider world.

By articulating the beauty of silence, Ramos invites readers to immerse themselves in silent contemplation. To quote literary scholars María José Troglia and Márgara Averbach (2020, p. 33), Ramos’s  poems “restore the silent time of reading so we can start looking at the small things of the world against the light and listen to the tiny rustle of life when it decides to go ahead and rise to the surface”.

In La luna lleva un silencio (The Moon Holds Silence), published by Anaya in 2005, Ramos’ rhymes and unique sound and cadence encourage children to listen and actively read along, lulling readers into quiet contemplation. Her love for the natural world remains, but in this collection, she channels the sensory through poems of smells, textures, and sounds, and evokes more fantastical and whimsical imagery.

Ramos once explained her fascination with silence and language in an interview with Espacio de Literatura Infantil y Juvenil, sharing that her poetry is “an attempt to slow down time by delaying the next word for a few seconds so as to listen to the next poetic bit, which also harbours silence. I think that this is where the value of a whisper resides.” Ramos’s poetic body of work thus speaks to her love of listening and living, sensing and appreciating. Her poems call readers to adopt an openness to wonder, curiosity, inquiry about the world—an openness that can, possibly, be achieved through silence and patience. It can be argued that her poetry is almost universal due to its keen attention to the skies, plants, animals, ground, and waters—which can be found everywhere in the world. Behind her deceptively simple language is a timelessness, weightlessness, and wonder that can be appreciated by any reader willing to stop and listen.

Throughout her entire career, Ramos’s mission is to create what Troglia calls “shelters of childhood” and curiosity about life and the world seeps beyond her poetry and into her novels for children and young adults. However, despite her inclination for whimsical and gentle topics, she is unafraid to write about the harsh realities of poverty and life in the rural areas of Argentinian life. In Azul de cordillera (Blue, the mountain chain) and in Mientras duermen las piedras (While the stones sleep), both set deep in the sprawling Andes mountains, we read about the struggles of children and their families, seen through the eyes of the children themselves. Both novels prove Ramos’ versatility and ability to avoid ‘writing down’ to readers. Her philosophy of creating “shelters of childhood” also extends to her work as a reading promoter and teacher in some of these far-flung communities, hosting reading and writing workshops for children, young adults and teachers. Her life and works provide child readers, both in Argentina and beyond its borders, with  new ways of understanding, listening, and speaking out into the world.