Tonke Dragt: Stories from Batavia to the Netherlands 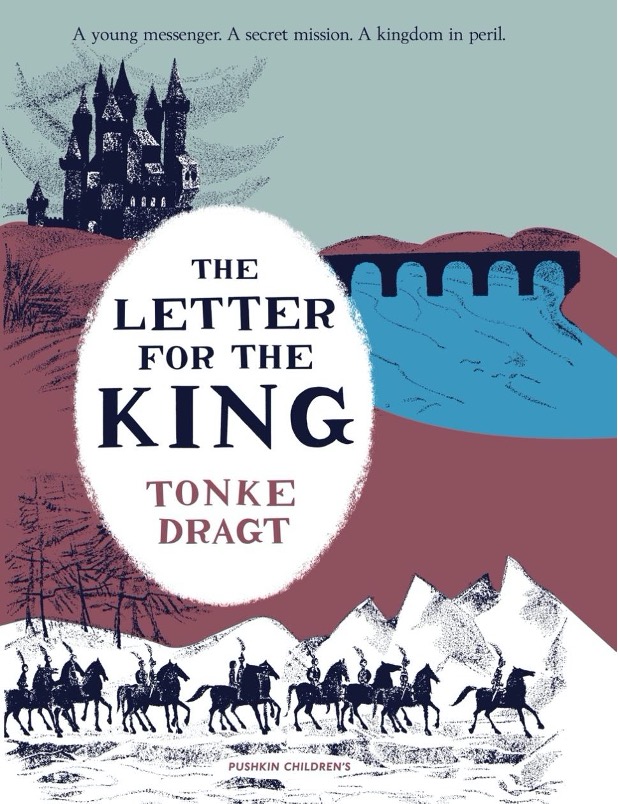 This HCAA nominee spotlight is courtesy of Darrel Manuel Marco and Maria Jose Campos, in partnership with Evelyn Arizpe and the Erasmus Mundus programme, the International Master’s in Children’s Literature, Media and Culture (IMCLMC).

An emblematic fairytale-teller who lived between the East Indies and Europe, and inspired a whole generation in the Netherlands: meet Tonke Dragt! Dragt revolutionized Dutch fantasy children’s literature through her own cultural background and amazing creative talent.

Tonke Dragt (Antonia Johanna Willemmina Dragt) is a Dutch author and illustrator, nominated as an author for the Hans Christian Andersen Award. She was born in 1930 in Batavia (now Java, Indonesia), a former Dutch island colony collectively known as the Dutch East Indies. She belonged to a family of creatives who loved writing and reading, and because of this passion they were also able to set up their own small home library. Many of her early novels were inspired by her summer vacations in the islands of Puncak and Situgunung, also in Indonesia (Van de Poll, 2018).

During the Second World War, Tonke Dragt, together with her mother and two sisters, were interned in Tijdeng, a Japanese prison camp for women and children in Indonesia. Consequent to war, shortages of food and supplies were rampant in the camp. This did not, however, hinder Dragt’s creativity to write and illustrate stories to pass off the tedious hours in the camp. Thirteen-year-old Dragt, using the pen name Tito Drastra, and her friend Tineke self-published The hunt for the rope-coloured  (De jacht op de touwkleurige) using loose sheets of paper and toilet rolls. A second book, The Florentine ring (De Florentijnse ring), was never finished but eventually became a part of her debut novel Tales of the Twin Brothers (De verhalen van de tweelingbroers), which is a collection of short tales (Claus, 2019; Van de Poll, 2018).

After the war, the family moved to the Netherlands. Tonke Dragt studied at the Academy of Visual Arts, where she obtained her Certificate in Drawing in 1955 and afterwards became a teacher in primary and secondary schools. It was during her teaching career that she developed her novels based on the make-believe stories she told her students. Soon, these stories were published in the Dutch children’s magazine Kris Kras. Her first book, Tales of the Twin Brothers (De verhalen van de tweelingbroers), was published in 1961. The following year The Letter for the King (De brief voor de Koning) was published, which was named Children’s Book of the Year in 1963 (Claus, 2019; Van de Poll, 2018).

Tonke Dragt’s life in the Dutch East Indies helped her with world-building. Most of her stories have magnificent landscapes such as tropical lush forests, huge mountains, and wide rivers, among others, that were inspired by her summer vacations in Batavia and other islands in Indonesia. She paired these wonderful settings with her fascination with legends, myths, and sagas from the Middle Ages, and thus knights, princes, and princesses are some of the usual characters in her stories (Claus, 2019; Van de Poll, 2018).

A recurring theme in Dragt’s books is the main character’s search for themselves and their place in the world. She often makes her protagonists engage in a task which their environment does not allow them to do, but is needed for them to progress in their lives or to learn something about themselves. In narratology, these are the familiar tropes of Quest and the Chosen One, which primarily attract young adult readers interested in themes about the power of truth, justice, and friendship. Her works are not limited to fantasy fiction as she also ventures into stories of science fiction with fictional time periods, whether futuristic or in the past.

Tonke Dragt has received several awards for her work, such as the Griffel der Griffels in 2004 for The Letter for the King (award for the best Dutch children’s book of the past fifty years) and the Victorine Hefting Award in 2005 (award for woman cultural emancipation from The Hague). She has recently received international attention as one of her works, Letter for the King, has been adapted into a Netflix TV series. Letter for the King has been translated into more than 30 languages and sold more than a million copies worldwide.

Dragt is beloved as a classic children’s and YA literature writer in the Netherlands, but is now well-known in larger markets like the UK (Pauli, 2015). It is worth mentioning that she criticizes British fantasy literature during the 1960s: she considers it too fantastical as it dwells mainly in magical realms. Tonke Dragt wanted to revolutionize this image of fantasy within Dutch children’s and YA literature by introducing the notion that fantasy can be realistic and pragmatic, too. In reference to Dutch children’s literature in the 1960s where realism was a main characteristic, her works are considered ground-breaking as they introduced fantasy to children and young adults, thereby diverging from the typical stories of day-to-day activities in Dutch children’s culture (Claus, 2019; Van de Poll, 2018). Dragt disrupted the status quo by mixing realism and fantasy in her stories.

Growing up in Batavia gave Dragt the chance to live within two cultures, Dutch and Indonesian, as well as the possibility of having a wider perspective of the world. Her description of Indonesia derives from her nostalgic childhood memories. She later feels like an alien in her own country, an outsider: “I didn’t like Holland at all in the beginning – it was cold, it was flat and it was full of houses and people. It was just after the war and we were strange,” (Dragt cited in Pauli, 2015). She has always had the predisposition to write stories, no matter where she was. In an interview with The Guardian, she retells that she could write stories on whatever surface she could find in the Japanese concentration camp, where she was a prisoner for three years (Pauli, 2015).

We believe that Tonke Dragt deserves the Hans Christian Andersen Award because she is an emblematic writer in Dutch children’s literature. Because of her cultural background and life, she includes themes and details that appeal to audiences not only in the Netherlands but also in other countries around the world. Her contribution in revalorizing fantasy in Dutch literature is highly significant and should be recognized so that she can be more known around the world as an important writer of fantasy and science fiction for children and young adults.

Pauli, M. (2015) Tonke Dragt interview: “I was born a fairytale teller.” The Guardian. Available from https://www.theguardian.com/books/2015/sep/19/tonke-dragt-interview-i-was-born-a-fairytale-teller-letter-for-the-king