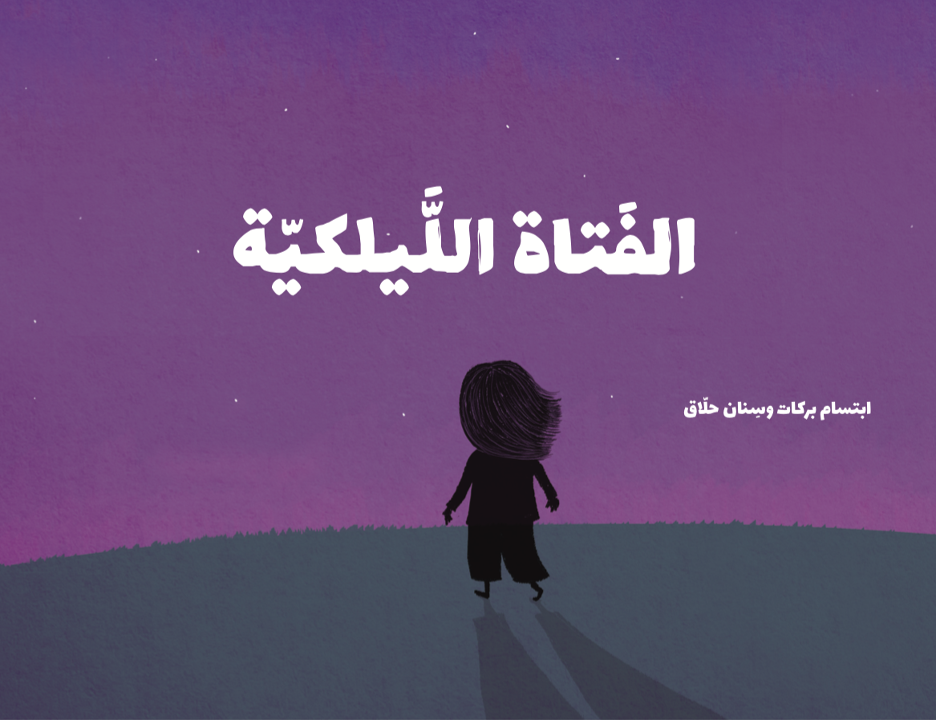 This HCAA nominee spotlight is courtesy of Ala’ Kraman and Rawan Gharib, in partnership with Evelyn Arizpe and the Erasmus Mundus programme, the International Master’s in Children’s Literature, Media and Culture (IMCLMC).

Mirroring, symmetry, playful dimensions, and manipulation of space, distance and size are Hallak’s signature techniques. Hallak’s illustrations are child-empowering work that suggests alternative spheres where the child’s size, strength and power is far greater than reality.

“I illustrate books for children and guide children doing their own books and animations. Apart from that, I’m a graphic designer and a university instructor,” Lebanese illustrator Sinan Hallak introduces himself on his official web page. With such a short and precise introduction, Hallak summarises the two-fold function of illustrating: first, illustration is the effort of explaining or making a particular concept clear in the teaching process, and second, illustration is synergizing a written text with pictures in the artistic whole of a picturebook. In our interview with Hallak, he recognized the role of the Arabic Children’s Literature Renaissance of the early 2000s in remapping the children’s publishing industry and improving both the material quality and the content of children’s and Young Adult books. This movement, according to Hallak, has broadened the horizons for his generation of authors and illustrators to experiment more freely with creating their own picturebooks over the last decade.

Hallak manipulates the familiarity of the schoolbook style to illustrate more complex concepts, relating them to emotional expression. In Malla Ketaby / My Book Got Bored, for example (Author: Fatima Sharafeddine. Publisher: Kalimat Children’sbooks. Year: 2012), we follow the story of a bored book that has been sitting on a child reader’s shelf for a while. The book starts to fidget and falls off the shelf, causing its words to scatter into a mess of the Arabic alphabetical letters that do weird things out of boredom and frustration. As the protagonist tries to understand this mess and sort it out, Hallak cleverly balances out the two layers of Sharafeddine’s text by highlighting visual similarities and differences between the letters and the importance of dots in the Arabic alphabet, while also reflecting a range of emotional states in the dynamic between the letters.

Mirroring, symmetry, play with dimensions, and manipulation of space, distance, and size are Hallak’s signature techniques, and have simultaneously been both a vast playground for him to explore and a barrier that limits him to abstraction and in cognitive appeal. Two milestones that stand out and prove examples of this duality in Hallak’s trajectory are Al-Amma Zayoun Wa Shajret Al-Zaytoun / Aunt Zayoun and the Olive Tree (Author: Fatima Sharafeddine. Publisher: Asala Publishers. Year: 2010) and Al-Fatah Al-Lilakiyah / The Purple Girl (Author: Ibtissam Barakat. Publisher: Tamer Institute for Community Education. Year: 2019). Zayoun was featured in the “101 Books Exhibition” by Anna Lindh Foundation in 2011 and longlisted for the 2010 Etisalat Award for Arabic Children’s Literature, and The Purple Girl won the Sheikh Zayed Book Award (2020) in the category of Children’s Literature. Both picturebooks explore the decolonization of Palestine with a clear postcolonial tone and ideology, but Hallak’s artistic choices for the illustrations of each picturebook are fairly different.

Hallak’s style of circular lines was a perfect match for Sharafeddine’s text in Aunt Zayoun and the Olive Tree. The book narrates the relationship between a human and a tree, with each spread containing both the elderly, respectful woman Aunt Zayoun and the symbolic Palestinian cultural element of the olive tree. Both elements are described as one, where the human and the olive tree seem to be part of one posthuman living creature. This is one of the few Arabic picturebooks that playfully harnesses posthumanist and ecofeminist concepts to convey a postcolonial cause and present a posthuman hybrid character deeply rooted in Palestinian folklore. Such presentation played a major role in introducing child readers to the subject of Palestinian Land Rights in a new, mesmerizing way.

On the other hand, Hallak’s style can be seen as a barrier in his latest work, The Purple Girl. The text is based on the autobiography of Palestinian artist Tamam Al-Akhal, Al-Aynu Tara w Al-Qalb Yarsom / The Eyes See, the Heart Draws (Author: Tamam Al-Akhal, publisher Institute for Palestine Studies. Year: 2016). In The Purple Girl, Hallak attempts sharper lines in his illustrations, diving into creating an abstract fantasy world where the main character lends her own colours to the surrounding materials and stands colourless herself. Although such artistic choices may help readers understand Al-Akhal’s deep connection to her art and longing for her homeland, they fail to convey Al-Akhal’s narrative tone and artistic style, leaving an impossible-to-fill gap between the text and the illustrations. Of all Hallak’s picturebooks, The Purple Girl is the most challenging to evaluate artistically as a whole, most likely because of this gap between the moving and rich text and the minimalistic, abstract illustrations.

To conclude, Hallak’s work is visionary and innovative, although it requires a broader view of his overall trajectory in order to understand and follow the unpredictable changes in his artistic tendencies and choices. Most importantly, however, and as two former booksellers, we can confirm that Hallak’s illustrations, especially the Sharafeddine-Hallak duo’s picturebooks, have always been loved and cherished among young readers.

Now that Hallak is wholeheartedly invested in curating and delivering a series of illustration workshops for children, we are looking forward to seeing the impact of this experience on his future work.