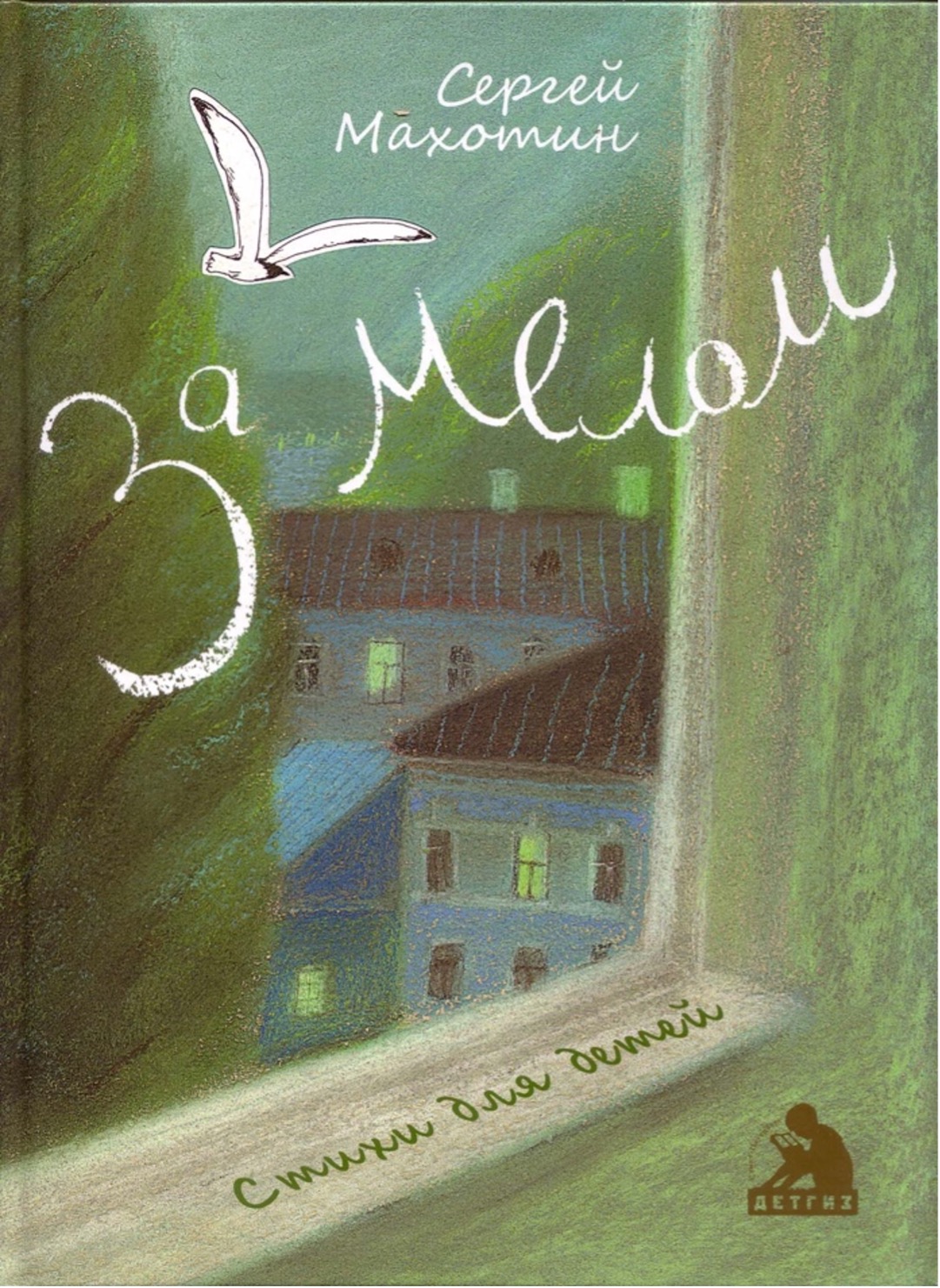 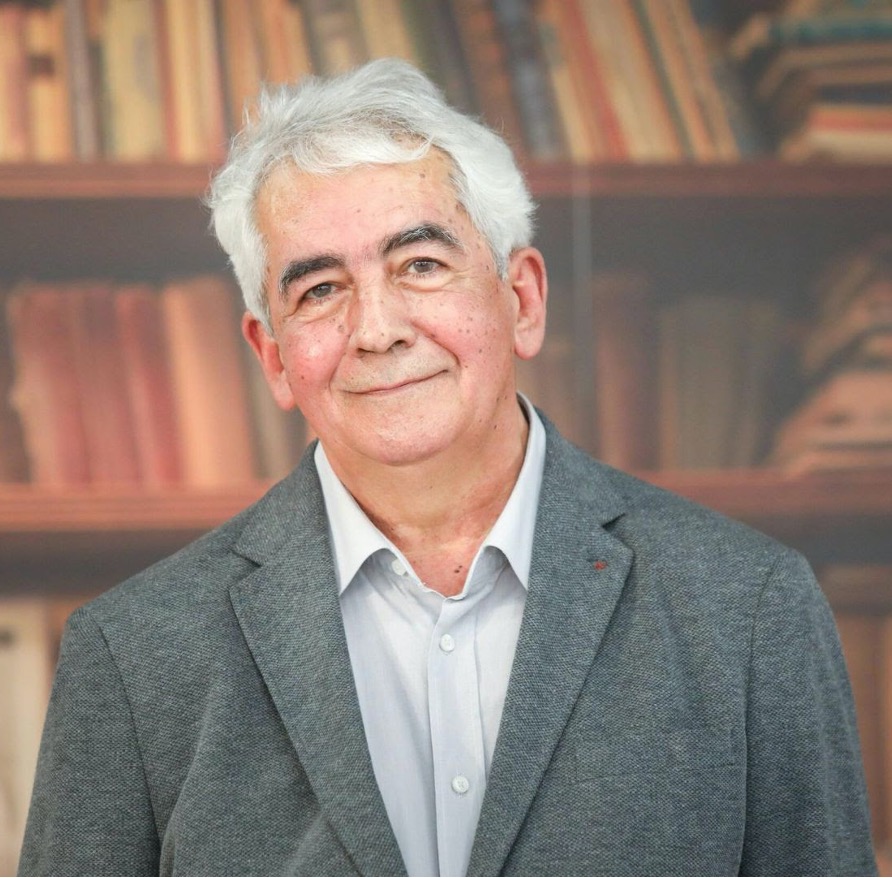 This HCAA nominee spotlight is courtesy of Iana Nikitenko and Ekaterina Shatalova, in partnership with Evelyn Arizpe and the Erasmus Mundus programme, the International Master’s in Children’s Literature, Media and Culture (IMCLMC).

It can be all too easy to lose touch with your inner child. That’s why authors such as Sergey Makhotin are rare and irresistible: Makhotin channels this child energy into his incredibly kind and humourous stories that appeal to children and grown-ups alike.

Sergey Makhotin (born in 1953 in Sochi) is a poet and author of over 30 books for children. After graduating from the Gorky Literary Institute in Moscow, he worked for major children’s periodicals such as Leninskie Iskry and Kostyor, as well as in radio where he developed and curated children’s programmes. He is currently the editor of children’s broadcasting on Radio Russia. As a member of both the Union of Writers and Union of Journalists of Russia, he also holds workshops for emerging authors.

Sergey Makhotin received numerous Russian literary awards in the field of children’s literature, including the Marshak Prize in 2004 and the Chukovsky Prize in 2011. His book The Grumble Virus (2006) was included in the 2007 IBBY Honour List.

Ranging from poetry and short stories to historical novels and nonfiction, Makhotin’s works are aimed at a wide variety of ages. Among his best-known works are collections of amusing short stories about ordinary schoolchildren Zakaldovannye kosichki (“Enchanted Pigtails”, 2000), Virus Vorchaniya (“The Grumble Virus”, 2006, 2014 reprint), Vorobyi v golove (“Head Full of Sparrows”, 2017), and collections of poems V kogo ya takoi? (“Why am I like this?”, 2003, 2013), Za melom (“Going for the Chalk”, 2011, 2018), and Novenkiy (“New to School”, 2018). His educational series about the history of Moscow Progulki po Moskve (“Walks around Moscow”, 2015) and nature Progulki po lesu (“Walks in the Woods”, 2017), as well as engaging and easy-to-read biographies of great composers and artists, are also highly praised.

Makhotin started writing for children back in the 1980s, but what makes his works still relevant for today’s Russian child readers? First of all, it is his unique language — natural and sincere, it appeals to children who, being the harshest judges, cannot be tricked with anything remotely fake. According to the literary critic Ksenia Moldavskaya,

Sergey Makhotin avoids the mistakes of the many contemporary authors: he is not flirting with the reader or trying to speak their language by overloading the text with poorly reproduced teenage slang. Makhotin’s language is lean and clear, however, this does not diminish the authenticity of his characters, on the contrary, such language makes you believe them more than anyone else.

In his autobiography, Makhotin admits that he had been looking for such style for a long time, and eventually found it through self-expression of his inner child:

For a long time, I tried to break away from imitation. I was looking for my own intonation and suddenly I found it in poetry for children. What a joy it was to speak in your own voice! That is the voice of a boy who has been living inside me all these years.

Of equal importance are the topics and themes chosen by Makhotin. The majority of his stories are set in schools, on play yards, and at home — the places that are most familiar to children. He addresses everyday situations with deep, lyrical reflections and masterful irony that is occasionally coupled with fantastical elements. Without being overly didactic, Makhotin dwells upon such crucial issues as friendship and loneliness, childhood and adulthood, dreams and hopes, funny and sad moments — everything our life is made of.

These everyday topics can also be found in Makhotin’s poetry, for example in the already-mentioned collection of poems Za melom (“Going for the Chalk”, 2011). Divided into three parts — Voices of the River, Going for the Chalk, and A Random Number, the poems cover a particular period in a child’s life.

The collection opens with Voices of the River which describes summer holidays, a superb backdrop for a children’s book: swimming in the sea, listening to seagulls, fishing in the river, camping, and so on. The child protagonist is fully immersed in the amazingly diverse natural world, which taps into the traditional romanticised image of childhood. One of the key motives of this part is the motive of play. The protagonist is, in most cases, a cheerful boy whose favourite pastime is playing, be it with his peers or with the surrounding nature.

In the second part, Going for the Chalk, vast landscapes of nature are confined to those of the city, school and home. The bright, vibrant colours of summer are replaced by calm wintery hues. The protagonist’s life is now measured by the course of a school day with its classes, recesses, and long-awaited weekends. Here the author speaks about the complicated relationship between children, as well as the relationship between students and teachers. But in doing so, he still manages to keep the mood light and positive.

In the last part, A Random Number, Makhotin continues talking about complex life situations, including first love, and focuses on the protagonist’s inner struggles, monologues, and reflections rather than storylines. Turning page after page, readers will undoubtedly recognise themselves in these poems, recalling their school years, friends, and teachers. This nostalgic feeling is strengthened by the stunning “chalk” illustrations by Katya Tolstaya.

In his essay Ossobennosti detskogo pisatelya (“What Makes a Children’s Writer”), Makhotin claims that the main thing in creating works for children is to write not from the perspective of an adult, but that of an inner child:

Writing about children and writing for children are two different things. The latter is a more difficult task. Talent alone is not enough. It is necessary to morally rise to the level of a child, to understand and accept their joys and sufferings without the slightest hint of adult superiority, joining the divine immortality of the child’s soul.

Such an approach to writing ensures the ever-lasting popularity of Makhotin’s works among readers: he is a frequent guest to libraries, schools, and children’s literature festivals, while his books are highly praised not only by parents and children (who often send the author warm letters full of gratitude and appreciation), but also by other poets and literary critics. Thus, according to the renowned Russian poet Mikhail Yasnov, Makhotin’s poems are “an amazing fusion of kindness, purity, invention and accurate knowledge of child psychology” (2016).