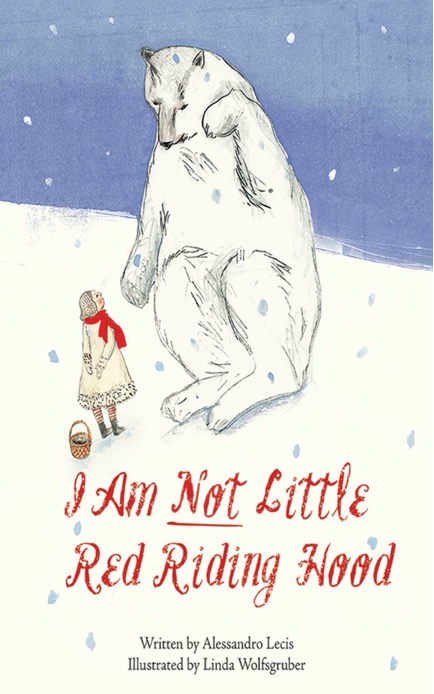 This HCAA nominee spotlight is courtesy of María Orozco Avila and Lizao Hu, in partnership with Evelyn Arizpe and the Erasmus Mundus programme, the International Master’s in Children’s Literature, Media and Culture (IMCLMC).

When she creates a book, she invents something truly special, unexpected, and remarkable… Her work is a search for possibilities that transcends all boundaries.

Linda Wolfsgruber, a highly acclaimed Austrian illustrator, has devoted herself to creating art for nearly forty years. She has more than sixty books published, and her work has been translated into seventeen languages (Czernow, 2016, 12) ─such as Spanish, English, Arabic, and French. She has been nominated for the Hans Christian Andersen Award more than seven times and has been awarded several prizes, including the Golden Apple of the Biennale of Illustration (Bratislava, 1997) and the Austrian Children’s and Juvenile Book Award for Illustration.

Born in Bruneck, Italy, in 1961, Wolfsgruber attended art school in St. Ulrich in Gröden, where she received a multilingual education and realised that ‘images are a language without limits’ (Fuchs, 2018, 38). Subsequently, she was trained as a typesetter and graphic designer, and then studied at Scuola del Libro in Urbino, Italy (ibid). Due to her professional education and training, Wolfsgruber is engaged in a variety of artistic works, such as illustrating children’s books and newspapers, animating short films, or teaching illustration at the International Scuola d’illustrazione di Sarmede in Italy.

When she creates a book, she invents something truly special, unexpected, and remarkable, using mixed media methods such as drawing, painting, embroidering, cutting out or glueing. Significantly, Wolfsgruber’s many travel experiences have left their marks on her work (Fuchs, 2018, 41). For instance, during her one-year stay in Iran, she was inspired by Persian miniatures and made the scale of her work smaller (ibid).

Wolfsgruber’s work is multimodal because she uses multiple modes to create her books and art, such as words, animations, sounds, or pictures. Besides being an illustrator, she is also a picturebook author, and she has created short animations with her illustrations. In her own words: ‘I get bored, when using the same over and over again’ (Fuchs, 2018, 39).

One of the main characteristics of Wolfsgruber’s work is that she is constantly experimenting and mixing techniques, styles, and materials. Fuchs mentions that this allows her to create ‘truly multi-layered images’ (2018, 39) that the reader must navigate. For example, in Daisy ist ein Gänseblümchen (Daisy Is a Daisy – Except When It Is a Girl’s Name, 2009) she created part of the illustrations with embroidery, while in Der Elefant und der Schmetterling (The Elephant And The Butterfly, 2013) she transformed ‘a sewn piece of fabric to paper she dyed herself with tea bags’ and painted the animals with a sponge rubber.

Wolfsgruber has ‘a particular desire to put something new into each book’ (Wolfsgruber, in Bookbird, 2010, 4) while keeping a balance with reality. Thus, her illustrations are somewhere in between the familiar and the unknown because even if she creates fantastic characters, she also emphasises everyday objects. In Zwei mal Zwirn (Two Times Thread, 2005; awarded the Austrian Children’s and Juvenile Book Award, 2006), she combined photographs with drawings and mixed media to tell the story of two thread spools.

Editor Franz Lettner argues that her art leads the reader to a ‘land full of sensations and wonders’ (Bookbird, 2010, 4). For him, playfulness, curiosity, and a will to expand the boundaries of imagination are characteristic of her work; for instance, in her book I’m not Little Red Riding Hood (2013), she uses the story of Little Red Riding Hood to explore the how a girl and a bear play and fly together.

Something important about Wolfsgruber’s creative process is that she does research (Fuchs, 2018, 40-41) and tries to immerse as much as possible in the culture she is working with. Besides, she likes to reflect that culture as accurately as possible in her detailed illustrations (ibid). In that sense, her year in Iran helped her to create books that portray ‘the oriental scenery and the common culture’ (Wolfsgruber, ibid). The books A Camel in the Sun (2013; Austrian Children’s and Juvenile Book Award, 2015) or Stories from the Life of Jesus (2007) are set in the Middle East.

One of her main works is The Camel in the Sun (2013), written by Griffin Ondaatje. It tells the story of an exhausted old camel that transports goods from town to town and how his master mistreats him. According to Nikolajeva, ‘images are by far superior to words when it comes to descriptions of characters and settings’ (2006, 248) in picturebooks. In that sense, Wolfsgruber’s illustrations focus on the camel and the desert.

Throughout the story, Wolfsgruber depicts the camel’s sadness and exhaustion through his different postures and gestures. Even if her style is realistic, she is able to transmit the camel’s emotions by changing his facial expression. In each illustration, the camel is the focus or the first thing that the reader’s eyes encounter. Besides, she uses different drawing techniques to create it; for example, sometimes it is made with a rubber sponge while she uses a brush for other illustrations of the camel.

The main setting of The Camel in the Sun is the desert, and its dunes are described as ‘oceans of sand’. Wolfsgruber illustrates the desert at dawn, sunset, and night, helping the reader be aware both of the camel’s constant travels and that time is passing. The colours she uses ─ oranges, reds, or yellows, and blues, or purples ─ transmit the immensity and heat of this dry ocean, emphasising the loneliness of the camel.

Linda Wolfsgruber’s style is difficult to identify because she is keen to play and make something different in each work (Fuchs, 2018, 42). As a multi-talented artist, who speaks multiple languages, performs multiple roles, and applies multiple techniques in her work, she has several influences. Throughout her illustrations, the reader discovers that her work is a search for possibilities that transcends all boundaries.