Franz Hohler: What if the Magical Meets the Mundane? 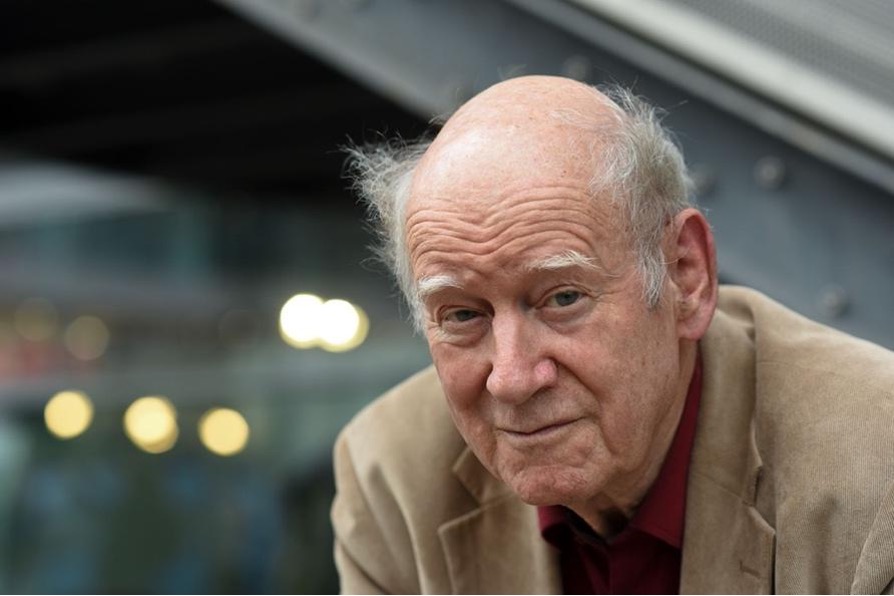 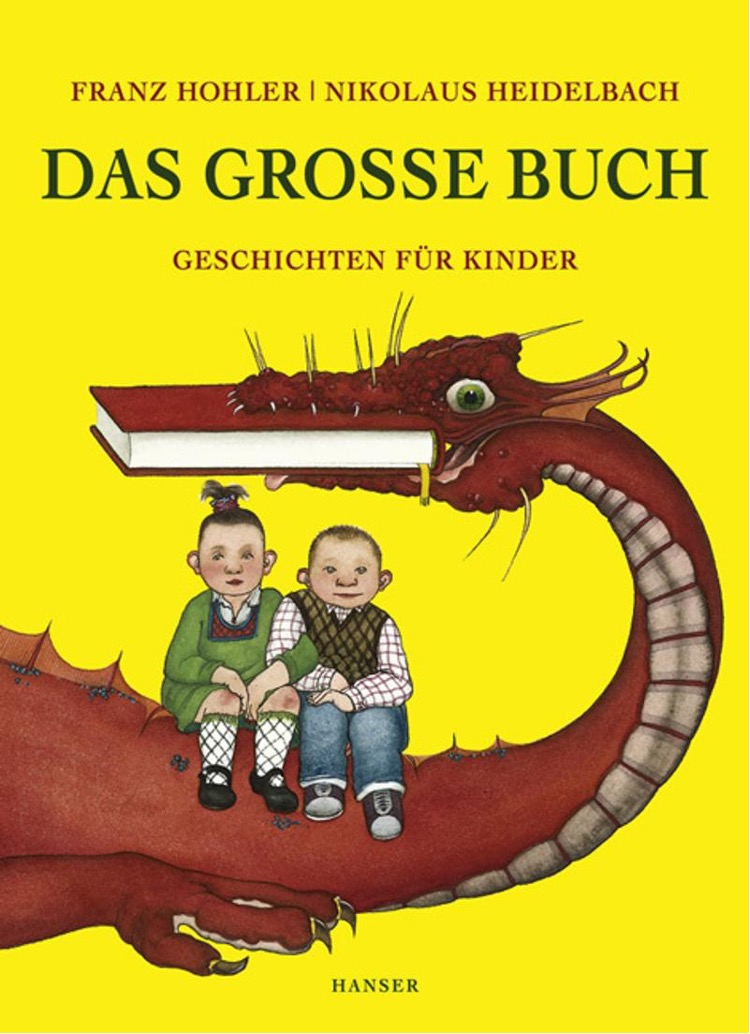 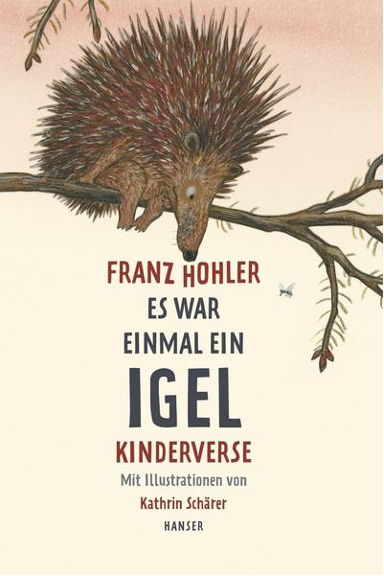 BACK TO FEATURES
This HCAA nominee spotlight is courtesy of Luca Fasold and Katja Schreiber, in partnership with Evelyn Arizpe and the Erasmus Mundus programme, the International Master’s in Children’s Literature, Media and Culture (IMCLMC).

The Swiss storyteller Franz Hohler was born in Biel in 1943. He started studying Roman and German philology but stopped when his one-man cabaret act “pizzicato” became a success in 1965, and he began touring Switzerland, Austria and Germany. Hohler’s first children’s book Tschipo was published in 1978 and has become a classic. Today, he lives and works as a cabaret artist and author in Zurich. Hohler is known for his poems, theatre plays, and short stories that casually merge the fantastical with the ordinary. He has won numerous awards, and he has been nominated for the Hans Christian Andersen Award consecutively since 2016.

Hohler’s novel Tschipo (1978) established him as an influential children’s book author within contemporary German literature. The book has been translated into several languages, including French, Spanish, and Dutch. In 1985 and 1995 the Tschipo series expanded with Tschipo und die Pinguine (“Tschipo and the Penguins”) and Tschipo in der Steinzeit (“Tschipo in the Stone Age”), respectively. The eponymous young hero of the series is afflicted by a rare disease: his dreams come to life. In the first book, remnants from Tschipo’s dreams are left behind in his bedroom, from pine cones to fishing boats. Eventually, Tschipo’s dreams transport him to a far off island where he meets the stranded pilot Tschako. Hohler employs magic realism to create bizarre and surrealistic scenarios featuring the two characters. For example, they encounter an island where fish fly overhead and birds dwell underwater; islands that are made entirely out of coal or gold; and finally, a moving island on which everyday objects such as bathtubs and shoes are brought to life on an enormous scale—all through dreams. While a recurring theme is the absurdity and magic that lie hidden in dreams and the subconscious, the ultimate chapter of the book emphasises love, companionship, and human touch as an overarching universal theme.

Another one of Hohler’s most beloved and well-known books is Das Grosse Buch (“The Big Book”, 2009) with illustrations by the German artist Nikolaus Heidelbach. As a collection of approximately 90 short stories, fables, and tales, the book explores imaginative ideas and seeks to answer some of life’s most puzzling questions. The stories range from the banal to the bizarre and touch on a wide variety of themes including animal rights, Bible and genesis stories, war and peace, philosophy, geography and climate, and European history. The whimsical and nonsensical style both arouses laughter and provokes thought. Animals and everyday objects appear as anthropomorphic characters, such as a moisturising cream (“fat cream” is the literal German translation) that wants to lose weight, a toad that needs toothpaste, a dog looking for the way to paradise, or a pair of quarrelling screws. The book also subverts common fairy tale scripts and incorporates anachronistic elements. Among others, Hohler’s fairy tales feature a princess who kills her saviour to avoid marrying him, a dwarf who moves to America, a little magic box that is too weak to grant its master’s wishes, a prince who defeats a dragon through his culinary cunning and becomes a stay-at-home dad, and a princess (the latter’s wife) who becomes a dentist. Moreover, this compilation of stories for children covers a wide variety of subjects, genres, themes, and styles, and invites curiosity as much as amusement.

Besides Heidelbach, Hohler has collaborated with other well-known illustrators, including the 2016 Hans Christian Andersen Award winner Rotraut Susanne Berner. The picturebook Wenn ich mir etwas wünschen könnte (“If I Had a Wish”, 2008) tells the story of a schoolchild whose ordinary problems are solved in fantastical ways, whereby Hohler’s text is complemented by Berner’s charming and naive illustration style. In Hohler’s poetry picturebook Es war einmal ein Igel (“Once There Was a Hedgehog”, 2011), the poetic episodes are brought to life by Kathrin Schärer’s delicate illustrations. Each short poem tells a comical story involving animals and objects, thereby combining the unusual with the ordinary. This invites further interpretation: Why did the lake love the fairy? Did the flea ever get to the zoo? Where did the foal and the lobster meet? Moreover, the simplicity of the rhymes allows the reader to anticipate the words to come and encourages collective performance.

Wenn ich mir etwas wünschen könnte similarly employs magical realism. When Barbara starts attending school, she struggles to make friends—until a fairy appears and grants her three wishes. However, as it often happens when being asked out of the blue, Barbara can only think of mundane things to wish for: a pair of shoes, a pen, a parrot. Nevertheless, these things help her become better at school, make friends, and accept her remaining imperfections. Hohler shows that even magic does not effortlessly solve all our problems, but rather encourages self-acceptance. Wenn ich mir etwas wünschen könnte continues to ask the “What if” question: What if a fairy were to appear and help me? The story shows that even when granted three magic wishes, the solution is not always easy—but that does not rule out a happy ending.

Franz Hohler’s stories for children are striking in their playful and humorous character. Touching upon the realms of fantasy, fables, and fairy tales, he disrupts expectations and conventional scripts. The traditional and the modern, the natural and the urban, the ambiguous and the oddly specific, the bizarre and the mundane; these elements are not juxtaposed as paradoxes, but rather conjoin as complementary components within Hohler’s stories. Binaries surface within the plot when characters are surprised by both fantastical and mundane developments. Furthermore, the use of language may surprise the reader when rhyming words create unexpected meanings or become peculiarly specific. One might wonder whether Hohler’s rhymes are overly simplified for ease, or in fact a deliberate choice, especially if the derived meaning may be unknown to a child. Simple rhymes, on the other hand, allow memorization and participation through anticipation. The denseness of the short stories and poems leave room for imagination and interpretation, which in turn invite the reader to continue engaging with the content. Significantly, Hohler’s magical realism demonstrates that the imagination permits everything, and thus rewards children for thinking out of the box. Given the universal themes, unique use of binaries, and timeless relevance of his stories, Franz Hohler’s life work of texts for the young leaves a poignant mark on children’s literature and storytelling across the world.