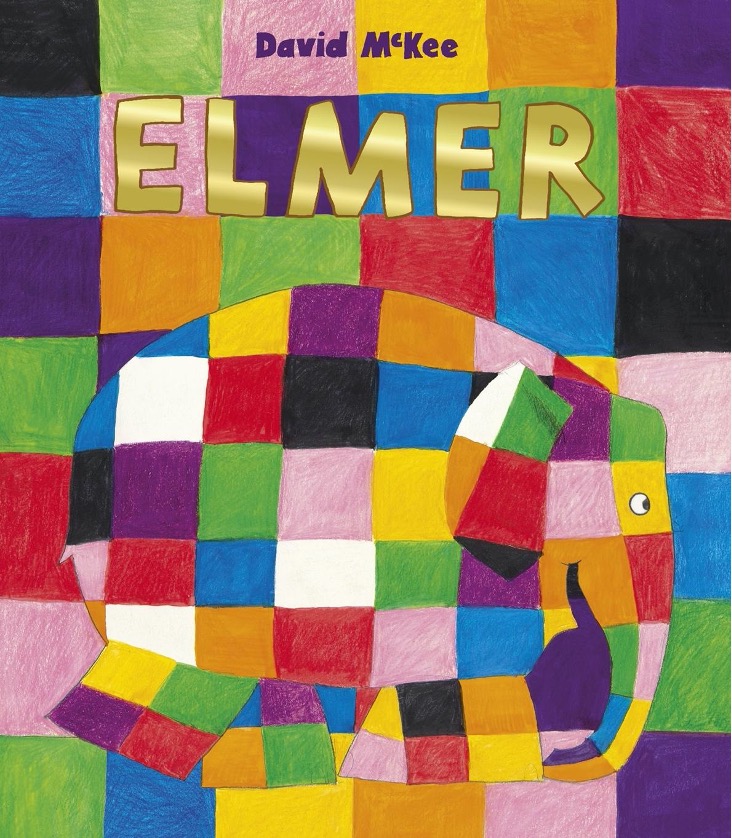 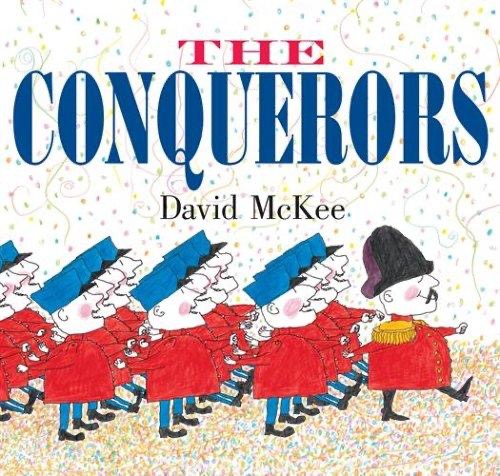 This HCAA nominee spotlight is courtesy of Noor Fatima and Bulwach Sereechaiporn, in partnership with Evelyn Arizpe and the Erasmus Mundus programme, the International Master’s in Children’s Literature, Media and Culture (IMCLMC).

David McKee presents children with diverse lifestyles through playful illustrations and humorous stories that foster positive attitudes towards themselves and others.

Starting off as a comic artist for newspapers, David McKee (1935 – present) has become a renowned writer/illustrator of children’s literature in the UK and worldwide. McKee has produced multitudinous literary works for children varying from board books, picturebooks, and comics (e.g., King Rollo series (1979-2001)), to illustrated books (e.g., Mr Benn series (1967-2001)) and two famous children’s animations, Mr Benn (1971-1972) and King Rollo (1980).

McKee’s illustrations are characterised by sketchy cartoonish strokes, vibrant colour combinations, and playful visual narratives, which boast both his artistic mastery and creativity to engage children in reading and discussing the world. In books like the Mr Benn and Elmer series, the portrayals of foil characters with diverse personalities celebrate individuality and inclusive society. On the other hand, background characters in Charlotte’s Piggy Bank (1996) and I Hate My Teddy Bear (1983) offer numerous side-stories for children to talk about during shared reading, which can boost their communication skills and reading confidence. I Hate My Teddy Bear provides an engaging example: the background characters take part in unusual activities, such as carrying sculptures around the town.

Another key characteristic of McKee’s works is humour, even when communicating serious topics like wars, death, and other kinds of dangers to kids. For example, in Tusk Tusk (1978), white and black elephants wage wars using their trunks as canons and guns; in The Two Monsters (1985), two clumsy beasts shoot rocks and ridiculous insults at each other; while in The Sad Story of Veronica (1987) and Not Now, Bernard (1980), the scenes where the two children are eaten up (representing the harm of overconfidence and parents’ negligence) are narrated through brief and absurd descriptions. As humour helps people contemplate serious content in a light-hearted manner (Martin & Ford, 2018), these crafty understatements and amusing disapprovals/warnings of violence not only make reading surprising and enjoyable, but also include children in conversations about topics that are usually kept away from them, thereby empowering them to participate in “adult” discussions and preparing them for the beautiful, yet problem-ridden world.

Regarding children’s empowerment, many of McKee’s works also support children in establishing an equal status to adults by facilitating their independent reading from early ages. Books such as King Rollo, Not Now, Bernard, and Prince Peter and the Teddy Bear (1997) use comic panels that show slightly different actions in each frame to help preliterate readers follow the story through pictures instead of solely relying on text or read-aloud. The freedom from adults’ intervention can build up children’s confidence around books and self-determination to learn (Todres & Higinbotham, 2016). The depiction of King Rollo as a grown-up with children’s problems (e.g., being unable to tie shoelaces, etc.) even subtly denies adults’ superiority and gives children authority and confidence to figure things out independently.

Alongside promoting children’s agency and freedom, McKee’s works also encourage self-exploration and optimal identity building. From his first book Two Can Toucan (1964) to the Elmer series, there is an extensive focus on Social and Emotional Learning (SEL). In Two Can Toucan, a nameless bird goes on a self-discovery adventure where he finds out about his extraordinary abilities, strengths, and name. Similarly, the Elmer series focuses on teamwork, empathy, self-confidence, decision making, establishing relationships, and a sense of community through the presentation of elephants with unusual multiple colours and their acceptance in the community. As growing migration and children’s exposure to unmediated information through different technologies have increased disorientation regarding identity and emotional instability amongst children, books that make children comfortable and confident about being different are crucial for their social and emotional development.

Besides developing children’s socio-emotional competencies, McKee also vocalizes their emotional needs. For example, in Prince Peter and the Teddy Bear, King and Queen keep offering Prince Peter expensive gifts which they like, but ignore his small wish to get just a teddy bear to play with. Similarly, Not Now, Bernard portrays parents who fulfil all their child’s physical needs but do not bother to listen to him, resulting in him being devoured by a monster. The interpretation of this narrative can vary; for instance, one may interpret the monster as symbolising Bernard’s anger at not getting the attention he desires. Narratives that open to various interpretations like this also appear in many of McKee’s writings such as King Rollo, Mr Benn, The Conquerors (2004), and Charlotte’s Piggybank.

Though McKee is known as a children’s author, some of his works are designed to address cross-generational audiences. For instance, the Mr Benn series tells a story of an adult protagonist adopting different roles (e.g., hunter, knight, cook) and going on fantasy adventures, which are meant by the author to provide “an escape from the routine” for everyone (Brown, 2017). Therefore, McKee can be considered as an author for dual audiences, who writes for both children and adults. In this way his writing facilitates quality family time through enjoyable shared-reading activities.

Despite all the merits in McKee’s works, there are some concerns regarding his presentation of colonialism and imperialism. The Conquerors advises readers to secure peace by welcoming colonisers and exchanging culture with them instead of resisting, while in the Cowboy episode of the Mr Benn TV show, Native Americans with stereotypical portrayals are shown to happily play hide and seek with cowboys. Although both works express hope for peace, exploitation that colonialism historically brought is left out and thus dangerously understated.

In sum, there is no doubt that McKee has substantially contributed to children’s literature through his innovative and creative use of colours and formats, aesthetical graphics, and the inclusion of pressing themes and characteristics that support reading, such as multiple meanings of narratives and crossover writing style. Powerful imaginations for acceptance and peace are vivid in his works, however, his depictions of social injustice and inequality are still undeniably lacking and largely based on a privileged stance.