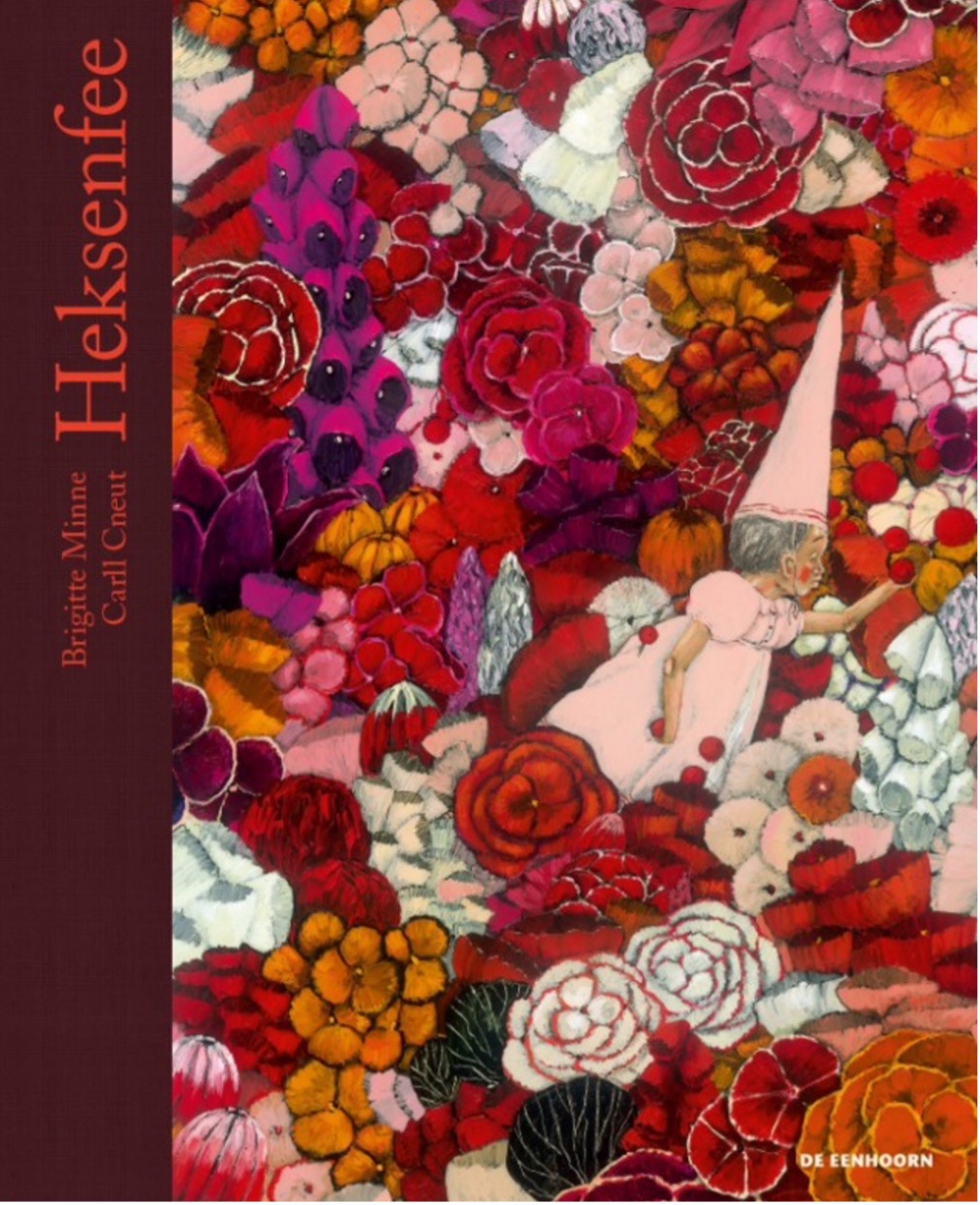 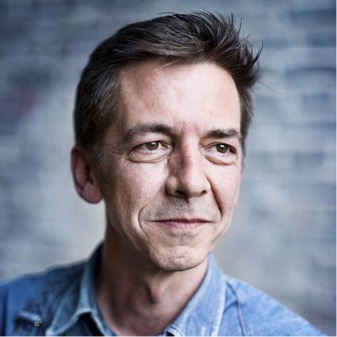 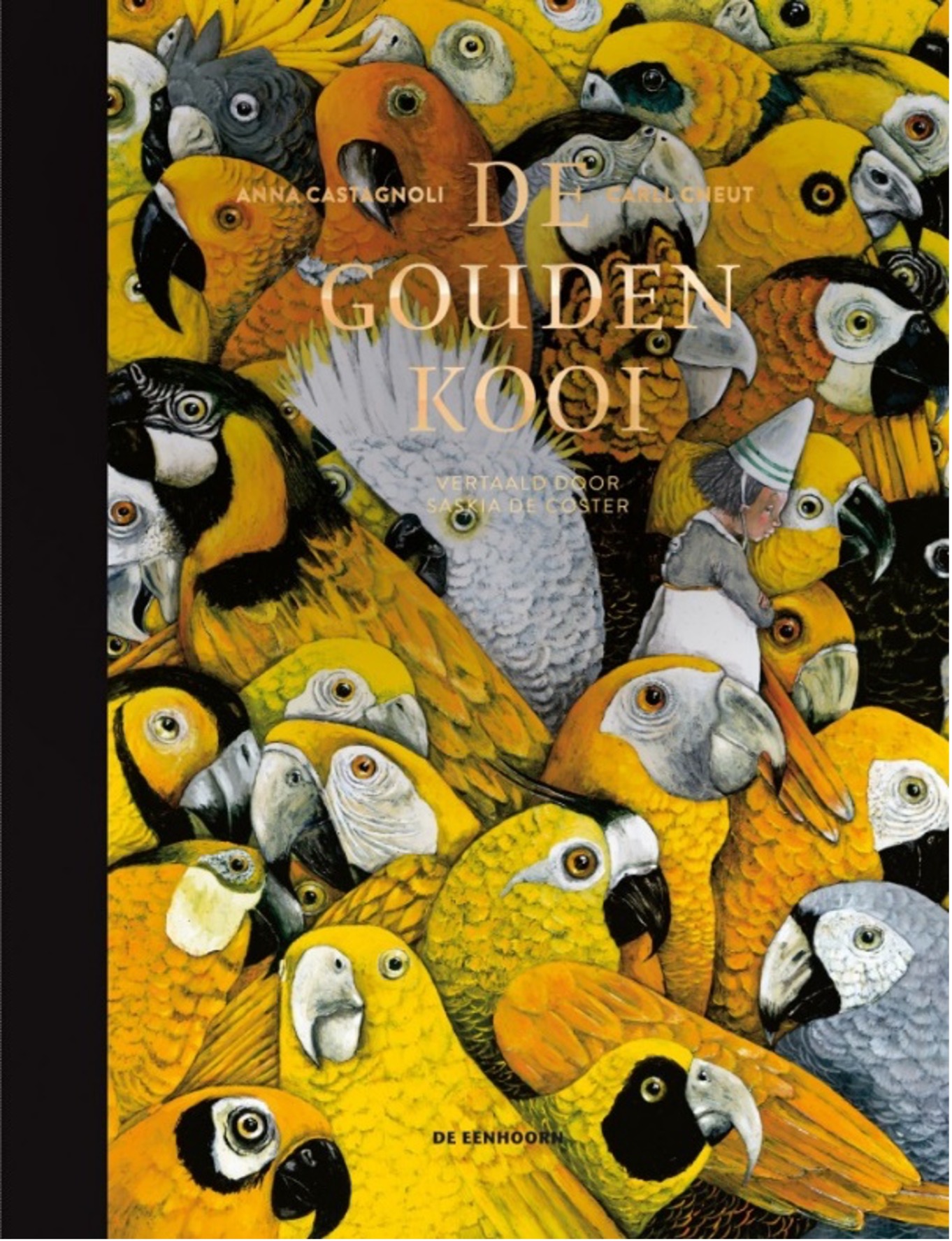 This HCAA nominee spotlight is courtesy of Roxana Aguilar Rivera and Séamus O’Kane, in partnership with Evelyn Arizpe and the Erasmus Mundus programme, the International Master’s in Children’s Literature, Media and Culture (IMCLMC).

A focus on colour, body language, and composition provokes the imagination and involves readers in the construction of Carll Cneut’s stories as they bring layers of meaning to his work. Cneut is an artist who fully appreciates the potential of his medium.

Carll Cneut is a Flemish illustrator born in 1969. He debuted in 1996 with Varkentjes van Marsepein (The Piglets of Marzipan), the first of many collaborations with writer Geert de Kockere. One such collaboration, Willy (2000), secured him the Boekenpauw prize and cemented his reputation on the national stage. Since then, Cneut has experienced a string of successes and received several international accolades, including the Golden Plaque in Bratislava (2003 and 2005), and an Honourable Mention at the Bologna Ragazzi Awards (2001). He has been nominated more than ten times for the Astrid Lindgren Memorial Award, three times previously for the Hans Christian Andersen Award, and included multiple times in the White Ravens selection. His illustrations are appreciated as works of art and have appeared in exhibitions and museums worldwide.

He treats every book as a work of art, spending around a year on each book, and up to a month on a single spread. His process is painstaking and time-consuming as he immerses himself in his projects and refuses to be complacent with the quality of his work. His attention to detail involves the use of a very fine 00 brush and a 0.5mm pencil to realise his vision. His paintings are heavily layered and textured since he works from dark to light (the opposite of most painters), a technique he borrows from Van Dyck.

Cneut’s appeal can partly be attributed to his creative philosophy. He believes that every effective picturebook has three stories: the written story, the story told through images, and the final version where the reader connects the images and text together. He always leaves room for the reader’s imagination in his work because he believes there should be as many stories and interpretations as there are readers. As he has stated: “My illustrations continue into the invisible. My readers have the freedom to complete them in their heads. This often confuses adults, but never the children” (Cneut in Bookbird 2010, p.6). In The Witchfairy, this idea is expressed in the minimalist backgrounds and in the depictions of characters as just floating heads and hands. Illustrations in The Golden Cage continue this play with imagination, showing spectacularly detailed and colourful images alongside light sketches which can appear incomplete. These techniques allow Cneut to focus attention on characters and events in the foreground while also suggesting a world which is full of life. Cneut often avoids representing images directly: “his abstract style demands an attentive viewer with imagination and empathy and stimulates one’s creativity” (Bookbird 2017, p.43). The reader is never shown the castle with golden turrets in The Witchfairy or heads being chopped off in The Golden Cage and so these images will be unique visions for every reader.

His appeal is felt in the timeless and universal themes of his stories. He is drawn to fairy tale narratives, as seen in The Witchfairy, The Golden Cage and The Secret of the Nightingale’s Throat. These settings allow him to explore the interplay between fantasy and reality, and the juxtaposition of beauty and horror. In these areas one observes the influence of painters like Ensor, whose Skeletons Warming Themselves had a transformative effect on a young Cneut, and the monstrous creations of Bosch and Bruegel.

Another recurring element in Cneut’s work is the use of animal characters in his stories. In Eén Miljoen Vlinders (One Million Butterflies) he uses his freedom as an illustrator to depict the characters as elephants although this is not mentioned in the text. Cneut imbues his anthropomorphised characters with personalities using costumes, body language, and colour, helping us identify with the lonely Morf or giving a uniqueness to each of the characters in Ten Moonstruck Piglets.

A focus on colour is central to Cneut’s art as he selects a limited colour palette for each story, choosing colours which give expression to emotions, theme, and narrative threads. We see this trait in City Lullaby where Cneut presents a city in visually arresting and dissonant tones of yellow, orange, and red, reflecting the chaos of the busy city. In The Golden Cage, the colour scheme relates to the title of the story; the princess wears orange and the birds are presented in shades of orange, yellow, and gold, complemented by red or brown.

Cneut also conveys meaning with body language, as he believes “[t]he postures tell you more about the characters in my work than their physiology or their expressions. […] When you put all the expression into the face, the character becomes complete […] and that creates a distance” (IBBY Belgium 2017, p.11). The downcast appearance of the titular character of The Amazing Love Story of Mr Morf allows us to understand his loneliness as we observe his efforts to find a friend. Similarly, a change in posture transforms the terrifying fiend of Monster Don’t Eat Me into a scolded child as he wanders off, dejected, following a talk with his mother.

For Cneut, body language works in tandem with composition, as he uses both elements to convey meaning and enhance the text. In The Golden Cage and The Witchfairy the protagonists often appear at a distance from the other characters, amplifying the respective themes of loneliness and identity which pervade these works. The busy city of City Lullaby is perceived by the reader as a series of snapshots, but the images clearly continue outside the confines of the book.

Cneut, fundamentally, is an illustrator who understands and appreciates his medium. To him, the book is a physical object to be held and experienced. He is aware of the affordances of the picturebook and the drama of the turning page. His skill allows him to create unique and memorable scenes such as the iconic spread of flowers in The Witchfairy where an array of colour surprises the reader and dispels the unsettling forest.

As an illustrator, Cneut employs a variety of techniques to engage and promote the reader’s imagination. The use of gaps, suggestion, colour, body language, and composition stimulate a range of interpretations, requiring the reader’s active participation in the construction of the story. Cneut’s respect for his readers and the varied richness of reading contributes to his universal appeal for children and adults alike.