The Work of Annika Thor: Relatable, Entertaining and Brimming with Enthusiasm 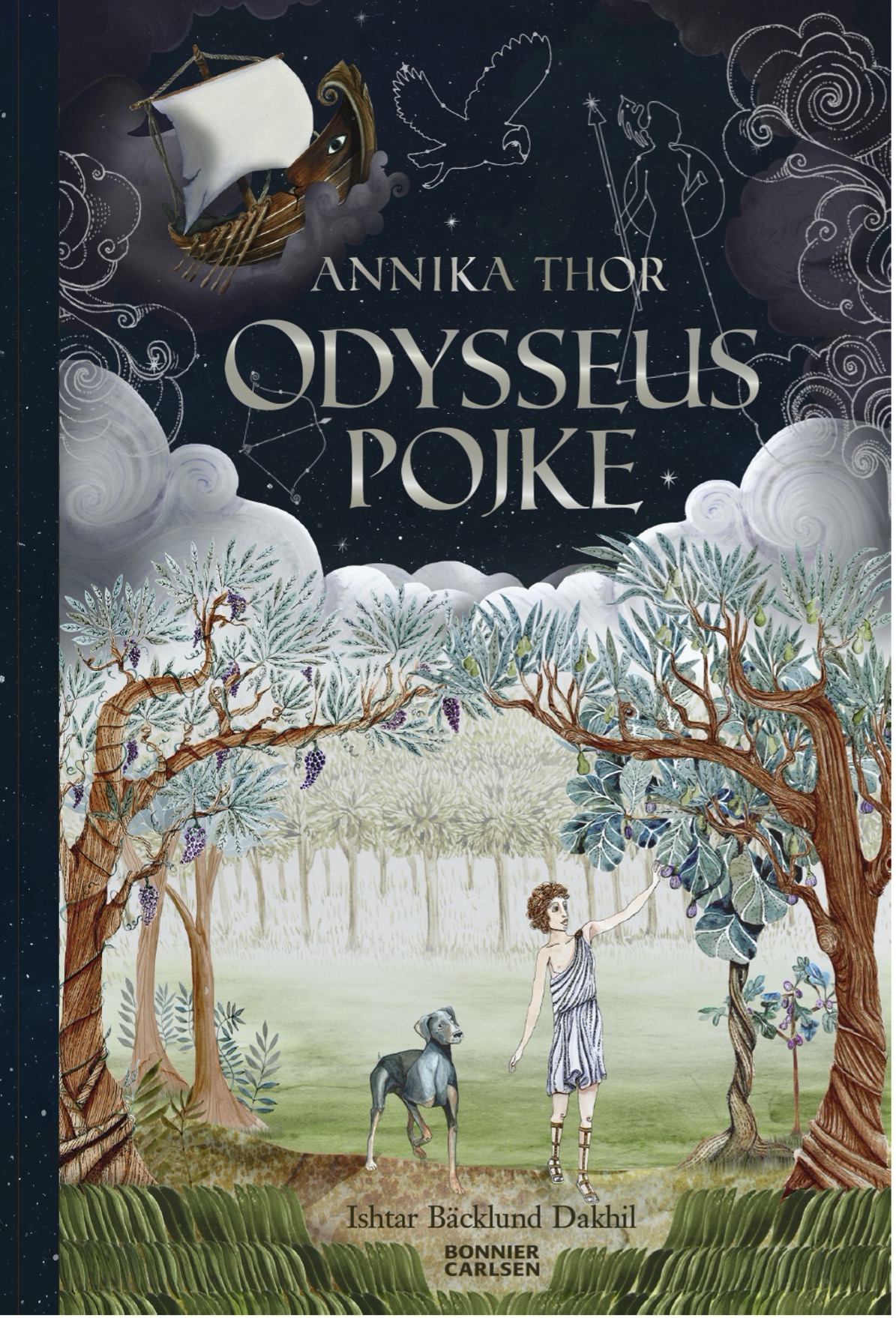 This HCAA nominee spotlight is courtesy of Madeleine Strobel and Louise Couceiro, in partnership with Evelyn Arizpe and the Erasmus Mundus programme, the International Master’s in Children’s Literature, Media and Culture (IMCLMC).

Annika Thor’s stories focus on issues inherent to human existence while making them relatable and entertaining to young audiences. Her works showcase characters dealing with their emotional conflicts as well as finding independence through embracing their relationships with one another.

Born and raised in a Jewish family in Göteborg, Sweden, Annika Thor is one of the country’s most well-known authors. Palpable across her work is a love for the arts and ambition to make stories available for different audiences. Thor has published prolifically with four novels for adults and over twenty stories for children and young adults, including picture books and chapter books, set in different contexts and with characters of varying ages.

Her works have been translated into over eighteen different languages and Thor has herself translated two well-known literary works to Swedish: The world of Moominvalley (2018) and the picture book A child of books (2018). Several of Thor’s children’s books are illustrated as a result of collaborating with different illustrators. For example, her newly-released chapter book Allt är ett äventyr (2021) about the highly regarded Swedish troubadour, Evert Taube, is illustrated by Jakob Wegelius. In addition to writing, Thor has spent time working as a journalist, librarian, and screenwriter.

This blogpost offers insights into a selection of Thor’s published works and demonstrates her lifelong achievement and long-lasting contribution to children’s literature. We briefly explore two common themes. First, how Thor’s characters translate their emotional conflicts to acts of conviction and, second, how her characters often find independence through embracing non-familial, intergenerational relationships with one another.

From Emotional Conflicts to Acts of Conviction

Through the portrayal of everyday situations, Thor brings existential and psychological conflicts inherent to human existence into the spotlight. Using beautiful storytelling, Thor highlights how emotional conflicts can lead to acts of conviction through the characters’ struggles and strivings to find their place in the world. In Eldfågeln (“The Firebird”, 2000), fourteen-year-old Mathias, who left his family in Germany to become a trader apprentice in 15th century Norway, is surprised and embarrassed by his growing affection for his friend Simon. When Simon dies, Mathias finds strength in his grief and promises to care for Simon’s girlfriend and child.

Originally a screenplay, the novel, Sanning eller konsekvens (“Truth or dare”, 1997) portrays how twelve-year-old Nora, a child of divorced and distanced parents, loses her sense of direction when her best friend Sabina leaves her for another classmate. Torn between feelings of abandonment and loyalty, Nora helplessly watches Sabina and her new best friend bully another classmate, Karin. It is not until a game of truth or dare taken too far, that Nora finds the courage to say no to the bullies. The novel ends on a hopeful note with Nora ringing Karin’s door and waiting in anticipation.

Odysseus pojke (“Odysseus’ boy”, 2020), a retelling of Homer’s age-old classic The Iliad and Odyssey, is a coming-of-age story about Odysseus’s son, Telemakos. Initially devoted to his father, Telemakos begins to question the legitimacy of war and the exclusion of women from decision-making. His doubts separate him from the island’s community and when his father returns to violently reclaim his rule over Ithaca, Telemakos decides to leave for good to forge his own path.

In a number of her books, Thor beautifully captures the changing relationships that evolve between her characters. Specifically, as her young characters embark on their different journeys, they often experience a burgeoning or changing relationship with an older figure in their lives. As these relationships evolve, both the younger and older characters find a new sense of independence. Crucially, this independence does not signal the end of the relationship. Rather, it allows both characters to move forward with a new sense of peace, adding richness and depth to their relationship. The relationship between Steffi and Aunt Märta in En ö i havet (“A faraway island”, 1997) is one example. The novel follows two Jewish sisters, 12-year-old Steffi and 8-year-old Nellie, who are evacuated from Austria to Sweden during World War II. Steffi lives with Aunt Märta, who is initially portrayed as stern and rather unforgiving. Towards the end, we learn that Aunt Märta had a daughter who died from tuberculosis at a young age, and it becomes clear that Aunt Märta, like Steffi, has been on her own journey of sadness and grief. Both characters find their own sense of independence and peace, whilst simultaneously embracing a growing love and respect for one another.

The picture book Flickan från långt borta (“The girl from far away”, 2014) provides another striking example of a beautifully evolving, intergenerational relationship. Thor tells the story of a young girl who knocks on the door of a woodland cottage on a cold winter’s night. She has left home as there is no one to take care of her. An old woman, The Grey, opens the door. She lets the young girl stay for a night, but insists she leaves the following morning as she prefers to be alone. Watching the girl disappear into the forest, The Grey has a change of heart and goes after her. They embark on a new journey together, thermos flasks in hand. In each other, the characters detect something they need and/or desire, and they find a way to pursue their independent yearnings together.

Thor’s stories characteristically focus on issues inherent to human existence while making them relatable and entertaining to young audiences. As such, the pedagogical potential of her work is evident and accompanying instructional materials for En ö i havet and Odysseus pojke are available on the publisher’s website (Edvardson, 2020a, 2020b). Also, Thor is the co-author of an instructional material on religion for middle school social studies (Falkevall et al., 2001) and in fact, during Madeleine’s PhD field work at a Swedish middle school, a teacher was using En ö i havet with her students. Annika Thor has been nominated for the HC Anderson Award by IBBY Sweden three times since 2000… We think that perhaps third time’s a charm?