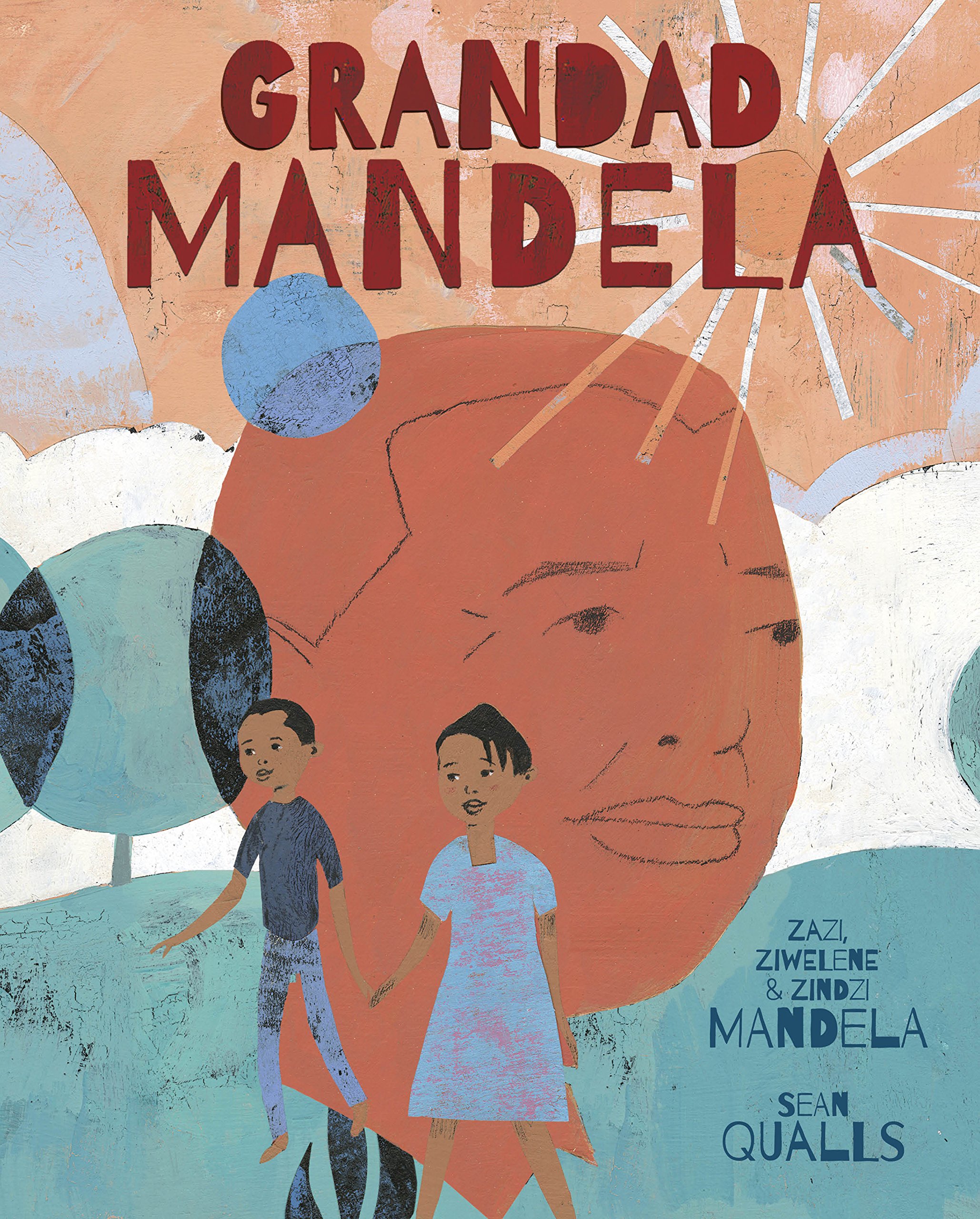 This is the story of Nelson Mandela and the end of apartheid as if told by his daughter Zindzi to her grand-daughters Zazi and Ziwelene, all three of whom are credited as authors.

The book is published in honour of what would have been Mandela’s 100th birthday this year, and is a picture book introduction to his life and struggle. It puts Mandela’s campaigning and imprisonment in a family context, revealing not only the broad outline of what he fought against and what he achieved but also what it meant for his wife and children. It provides an approachable explanation of the political situation for junior school age children (and perhaps younger). Justice, for instance, “means you have to ask ‘What is right for everybody? What is fair?’” Only the word “colonization” stands out as an unexplained concept.

I like Sean Quall’s collage illustrations which begin with Zindzi talking to her grand-daughters surrounded by plant pots and family portraits. They then move swiftly back and forth with the text to touch on the realities of apartheid, protest, Mandela’s trial and imprisonment, the moment of his release and the negotiations to create a new South Africa. They skillfully blend the personal with the political. They foreground human figures in a way that underlines that Mandela’s struggle was one for human dignity and equality. Naturally, the book tends toward hagiography, with Mandela in one illustration acquiring a sun-like halo and the final illustration showing his face beaming down on the new democratic South Africa. But if any politician in the last century deserves this kind of mantle, it is surely him.