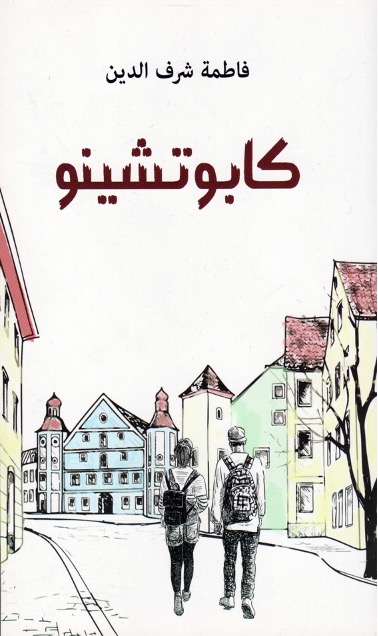 This HCAA nominee spotlight is courtesy of Khadija Naeem and Muyun Long, in partnership with Evelyn Arizpe and the Erasmus Mundus programme, the International Master’s in Children’s Literature, Media and Culture (IMCLMC).

Life is not essentially a bed of roses, and it is valuable to think cautiously about communicating challenging topics to youngsters. Coming from a place of conflict, Fatima Sharafeddine responds to the dark side of the world with her creativity entwined with kindness and empathy, conveying her message with simple yet impactful stories

Born in 1966 in Beirut, Fatima Sharafeddine is a Lebanese writer. She lived in Sierra Leone in her early years and then moved to Lebanon. She switched between different countries for the next fifteen years because of the ongoing civil war. She is both a writer and translator of children and Young Adult books. She has published over 130 books and received several awards including Bologna Ragazzi New Horizons Award for her book Lisanak Hisanak (Tongue Twisters 2016). She is worldwide recognized, and her work has been translated to various languages, including Dutch, Danish, Spanish, French, Turkish, Korean, Swedish, English, and German.

She has a profound career in Education having studied both Early Childhood Education and MA in Educational Theory and Practice. On her website, her books are categorized according to age ranges between 0-17 which represents the variety of her work and broad audience.

Coming from a place of conflict, it is no wonder that war and politics make up a major part of her work. She has also addressed challenging topics such as domestic violence, under-age labour and bullying in her books. She has a distinctive way of conveying significant messages in simple terms which makes her writing stand out. In an interview with Rendezvous, she attributes this to a constant awareness of her audience while writing. She further tells how she tries to be genuine and true to her feelings when she writes which helps her bridge the gap between herself and her audience. The vulnerability that she puts in her works makes the reader experience the events and the emotions attached to them more realistically.

Another unique aspect of her work is highlighting the joy of simple things. Her stories depict simple everyday moments such as the time spent with friends and family which often leave an impact on our mind and the heart. In her book, There is War in my City (2006), an eight year old girl dreams of a time when there are no soldiers in her city. She describes the little things that are dear to her—moments  such as playing with friends and going to market with mother—and how she is afraid of losing them.

Sharafeddine considers nostalgia as a central element in the creation of her work. Her efforts involve building emotional literacy in children as she connects children from different parts of the world. In her interview, she mentions being questioned by children, “How can you write about war when you are so young?” (“Rendezvous with Lebanese author, Sharafeddine 2021”)so in their mind they are thinking about World War two–oblivious of the current wars– wars from their grandparents’ times. Her work is remarkable in raising young people’s awareness of the current situation of children experiencing war.

In addition, her book Layla wa Al Himar (Layla, and the donkey, 2014) was selected in Ibby’s Honour list of 2016.  The story teaches children about respecting and honouring animals. Layla has to lead a donkey to her grandmother’s house with the pots and pans on the donkey’s back. Layla tries to ride on the donkey due to which it runs away, and Layla realizes her mistake of putting too much burden on the animal.

Her nonfiction works include amazing travels and discoveries of Ibn-e-Sina and Ibn-e-Batutta which inform readers about scientific discoveries and the origin of various sciences. It helps create curiosity and the desire to learn in children. In most of the books written for children, she writes from the first-person perspective making it simpler for the young audience.

Following the need of the hour, Fatima has also added digital and interactive books in her collection. Among other books, Lulu in the City of Cats has engaging graphics and sounds where a child can move Lulu who jumps and moves around different cats. The commentary explains numerous sizes and types of cats, increasing the information and vocabulary of children.

She has written several Young Adult novels. Faten which was written in 2010 was widely acclaimed and translated into English, Italian, Norwegian and Turkish. It is the story about a girl Faten who is sent as a maid by her parents for financial gain. The author portrays the protagonist as a strong female figure following her ambitions amidst all the crises she experiences. She falls in love with a boy Marwan however, he is not the savior of her ill fortune. Although they could not pursue their romantic feelings, Faten remained determined, gave exams for nursing and left laboring for an elite class family.

In addition, her book Cappucino (2016) won the 2017 Etisalat Award for Arabic Children’s Literature for best book in the YA category.  The novel is co-narrated with voices of Anas and Lina. It talks about the issue of domestic violence. Like Ghadi and Rawan (2013) this book is written in the context of Lebanese teens but YA readers around the world can connect with the story as it also deals with the issues of identity, bullying, love, sorrow, and friendships.

Her work has been translated into several languages which further confirms its popularity among young audiences. Sharafeddine has also gained recognition as a translator herself. She was added in the IBBY’s honour list for the translation of The Memory Tree by Britta Teckentrup in 2018 and in 2010 for I am not Sleepy and I will not go to Bed, by Lauren Child.

Sharafeddine has been working hard to follow her passion of making quality literature accessible and promoting her love of books. Therefore, in recognition of her exceptional work, Fatima Sharafeddine has been nominated for Hans Christian Anderson’s Award for 2022 in the category of authors and we wish that all her efforts yield a positive outcome.