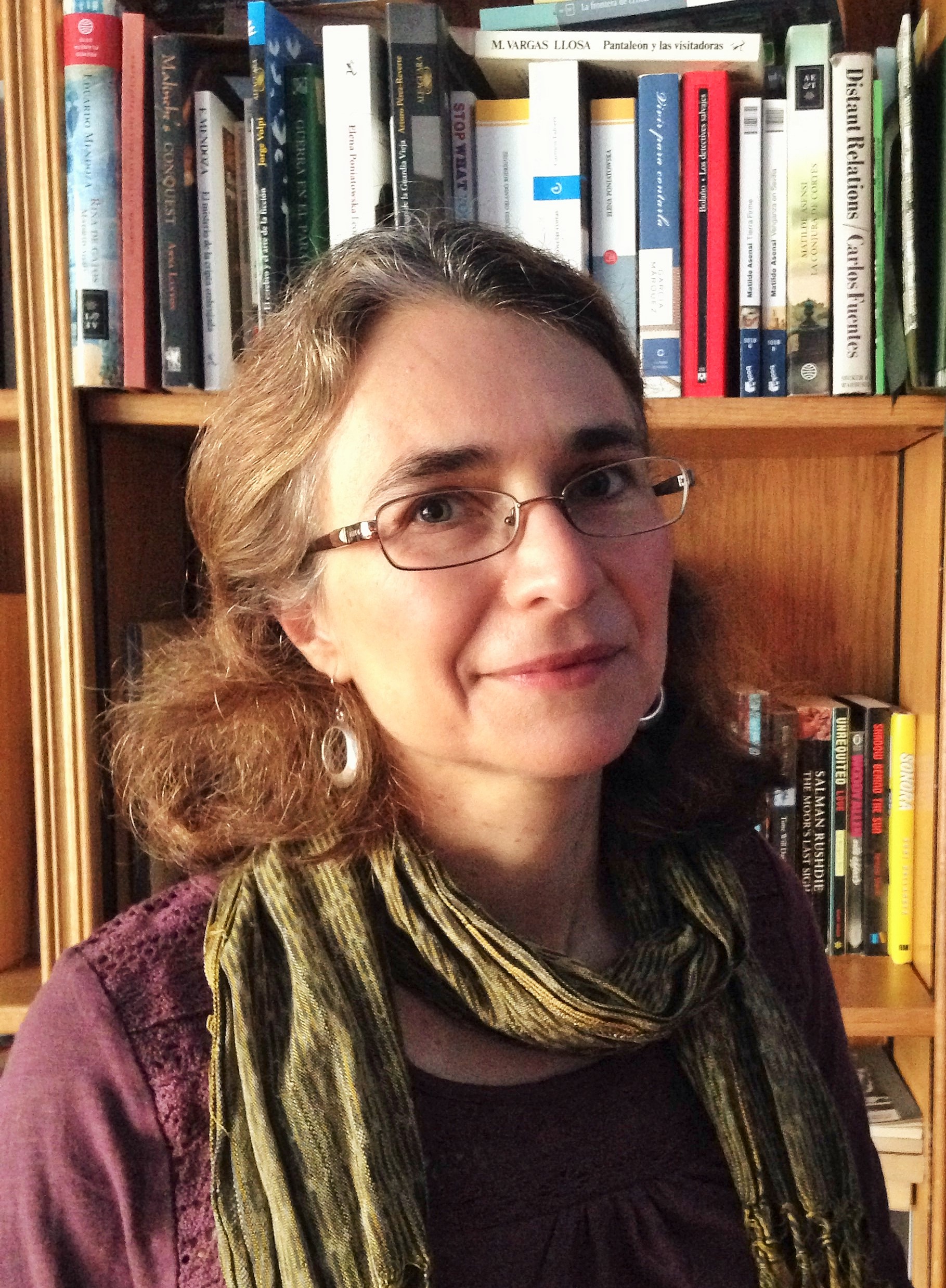 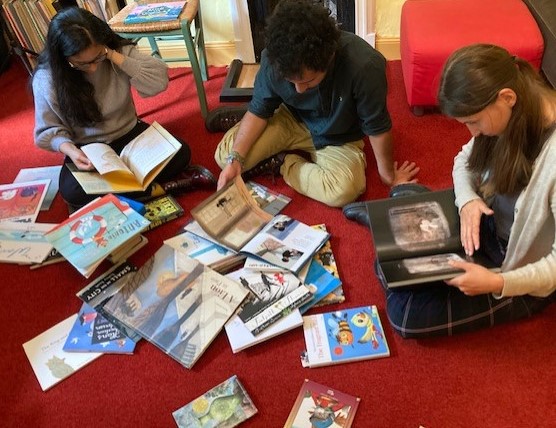 This was the first sentence in my nomination statement to be a juror for the Hans C. Andersen Award, which I first began to follow in the 1980s when I came across the Mexican section of IBBY. Since then, IBBY’s international mission has also been my mantra: “to promote international understanding through children’s books”. The HCAA is the highest international distinction given to authors and illustrators of children’s books; it is based on the complete works of the candidates and is awarded every other year based on nominations from IBBY sections around the world. I was therefore honoured to be asked by IBBY UK to be their nominated juror and absolutely thrilled to be selected to the jury. So far, I have thoroughly been enjoying the reading, although at times it has been a struggle to find time to read 300 books!

It turns out that reading the works is the easy part. Along with the five-book selection sent to the jurors, the folder for each candidate also contains a dossier on their life and work. These dossiers include biographical details, recommendations, interviews and reviews of individual books as well as lists of publications, translations and awards. The average length of the dossiers is 40 pages, but some run to 100! Once I was officially accepted as a juror, Liz Page, IBBY Executive Director, sent us the link to the drive containing all the folders with strict instructions not to share it, of course. Since March 2020, I have been making my way down the list in alphabetical order, starting with the candidates from Argentina (Maria Cristina Ramos and Gusti) and ending with the United States candidates (Linda Sue Park and Kadir Nelson). I’ve been making notes as I go along and have highlighted some of the authors, illustrators and particular books I want to return to and consider in more detail.

In the past, jurors were sent the physical books and although I am disappointed not to receive these, the pdfs help to ensure access and to avoid the costs of posting 300 books to the 10 jurors around the world. Although I’m not allowed to share the pdfs but there is a wealth of information on most authors and illustrators on the internet for those who want to follow the award (a few dossiers from the last round are also available). Technology has also helped the process in that an online blog allows jurors to post views and exchange comments and questions, ably led by Jury President Junko Yokota. I love reading my fellow juror’s thoughts to see their perspectives and also how we coincide or differ in our opinions.

One issue that remains is that, unfortunately, not all the works have been translated into English and although jurors are sent full translations for some books, for longer novels we may only receive one or two chapters, and this means is not always possible to get a good sense of the whole. While having international jurors means that many languages are accessible, there are a few languages which none of the jurors are able to read. I’ve discovered the Google Translate app which allows me to hover my phone over short texts, but it is hard to know how good these translations really are. I also decided to try to buy at least one book by each candidate (mostly secondhand), just to feel them in my hand and also to curate a small exhibition for colleagues and students. In a few cases I discovered that I already had some of the selected books in my library, which was very satisfying! One of the books, The Blind Princess by Julja Gukova, I had not read for many years, but I kept it because it fascinated my daughters when they were little – it was like coming across an old friend but seeing them now with different eyes.

I am excited that in January 2022, jurors will be travelling to Basel in Switzerland, home of the IBBY Secretariat, to spend a week (re)reading and looking and, importantly, discussing the books with the other jurors. From that meeting, the shortlist will emerge, and the winners are announced at the Bologna Book Fair in April. We have recently been asked to send our first ‘top ten’ list of candidates for both author and illustrator, to Junko and Liz. Already I am worried because I have a lot more than 20 on my ‘favorites’ list! These are the ones I have found to be most memorable, the stories and images that have stuck in my mind more firmly than others, but is this really an indication of quality? I keep reminding myself that the selection criteria include, as the HCAA webpage notes, “the aesthetic and literary qualities of writing and illustrating as well as the ability to see things from the child’s point of view and the ability to stretch the child’s curiosity and imagination.”

Given the unique opportunity of being on the jury, I was keen to share this experience as much as possible with the students on the teaching and research programmes I am involved with at the University of Glasgow. In the past, we have organized informal events where students at both undergraduate and postgraduate level who study children’s literature shadow the UK Literacy Association book awards (UKLA) and the Caldecott Award. I thought it would be stimulating for our students – who are themselves a very international group – to also shadow the HCAA, especially as it would expose them to authors and illustrators from around the world, many of which should be known better known outside their own countries. Luckily, Liz and Junko agreed to this and with Pam Dix, Chair of IBBY UK, we came up with the idea of doing blogs. Students were asked to pair up and write a blog on a candidate of their choice, bring attention to common themes, styles and approaches that are prevalent in their work, and that show why they were selected as nominees.

The students participating include post graduate researchers (PhD students) and students on the MEd in Children’s Literature and Literacies (CLL), but the majority are from the first cohort (2019-2021) of the Erasmus Mundus programme, the International Master’s in children’s literature, Media and Culture (IMCLMC). IMCLMC is the result of close partnerships with children’s literature scholars from six universities (Aarhus University, Tilburg University, the Autonomous University of Barcelona, the University of Wrocław, the University of British Columbia in Vancouver and the University of Glasgow) as well as international cultural organizations that are offer placements for students in their second year. The MEd CLL is celebrating its 10th year so we included this project as one way of marking the event. CLL has been receiving students from a wide range of countries and IMCLMC widened this range even further, aided by the scholarships that are part of the programme. These students bring a wealth of knowledge and experience, not only from their cultural contexts but also from their professional backgrounds and this allows us to open spaces for dialogue and discussion around beliefs, stereotypes, authenticity and other issues related to intercultural understanding around books for children. The teaching teams all agree it is important that these future scholars, teachers, creators, editors, translators and publishers should be aware of the award and the authors and illustrators nominated by the IBBY sections. We hope to see some of these students on the HCAA jury in the future!

A student editorial team was set up to help edit the blogs and prepare them for publication. I am very grateful to the editorial team – Sonali Kulkarni, Emilie Owens and Katja Schreiber – for helping with this task and to UK IBBY for their support. I am very pleased we’ve ended up with 30 entries and, if you’d like a taste of the work of some of the 60 best contemporary authors and illustrators in the world of youth literature, I invite you to follow this blog series.

For more information on the MEd CLL and IMCLMC go to https://www.gla.ac.uk/postgraduate/taught/childrensliteratureandliteracies/