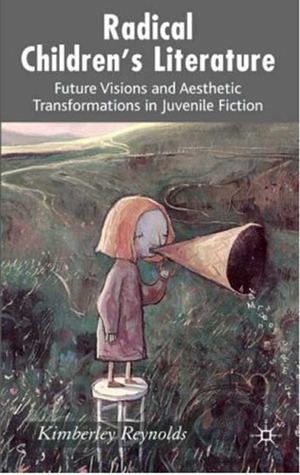 In 2005, when I began to write Radical Children’s Literature, I was finally pulling together ideas that had accumulated over many years of teaching children’s literature to a great variety of students.

I learned much from my students, who came to the subject from all kinds of background and many countries. Often they knew a great deal more than I did about particular kinds of book; perhaps especially contemporary picture books. Adding the books they brought to my attention to others I knew from the history of children’s publishing, I began to understand picture books as a bold, innovative – and much underestimated – art form. The further back in the twentieth century I looked, I realised that they also disproved the claim put forward by Jacqueline Rose, that children’s books as a whole resisted modernism. That claim had always disturbed me; especially given the convincing argument Juliet Dusinberre develops in Alice to the Lighthouse: Children’s Books and Radical Experiments in Art (1987) that the new ways of seeing and representing the world associated with modernism in early twentieth-century arts and letters can be traced back to children’s literature, and especially Lewis Carroll’s Alice books. That was the starting point for Radical Children’s Literature: Future Visions and Aesthetic Transformations (2007).

In that book, my thinking about radical writing across all areas and age groups of children’s literature (so not just picture books) was very broad. I was excited by the many books I knew that used the various forms and formats that comprise children’s literature to experiment with the medium of storytelling in ways that encourage children and young people to think beyond the way things are to the way they might be. This was what I then meant by ‘radical’: the capacity to encourage imaginative thinking about the possibilities of personal, social, political and aesthetic change. 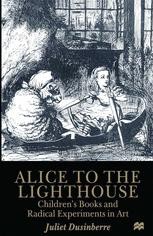 Radical Children’s Literature focuses on contemporary writing, so, with a few exceptions, the books discussed in it were published in the second half of the twentieth century. But to engage with and extend Dusinberre’s argument, I also looked back to some examples from the fin de siècle and the first decades of the last century. As I did so, I was struck by significant gaps in what was known about early twentieth-century children’s books and their creators. It soon became clear that Rose’s claim was at least in part a consequence of the way the vast majority of children’s books written between 1910 and 1950 were dismissed in histories of the subject. As I began to investigate, I discovered not just a large body of fascinating but forgotten work, but many individuals who vividly recalled reading the politically radical books that had been consigned to the back of the library stacks – if they were kept at all. What began as a small quest to learn about these neglected works grew into a book called Left Out: The Forgotten Tradition of Radical Publishing for Children in Britain, 1910–1949 (2016), which begins (much remains to be done) the task of reconstructing and reconsidering the forgotten tradition of radical publishing for children in Britain during the last century. 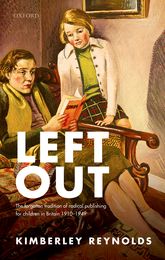 In order to write that book, I had to define exactly what I meant by ‘radical children’s literature’. I concluded that to be ‘radical’, writing for children must start from the position that both children and children’s literature are important in themselves and replete with transformational potential. This is demonstrated by doing some or all of the following:

In other words, radical children’s literature works to inspire children and young people to think independently and to become socially and politically engaged. It promotes new liberal and progressive visions of society, and encourages readers to prepare themselves for the work of bringing about change that benefits the majority of people. To this end, radical writers use fiction, non-fiction, journalism, verse, graphic novels, picture books and, indeed, any genre or format, to raise concerns about injustice, inequality, or discrimination. They do this in a number of ways, including by promoting equality and peace, discrediting stereotypes, and encouraging readers to become aware of the many challenges facing the health of the planet and the wellbeing of people in all parts of the world. This is how I understand radical writing for children. Other scholars and critics have arrived at a slightly different set of characteristics. Philip Nel reflects on his own and others’ thoughts on the subject in his article, ‘A Manifesto for Radical Children’s Literature (and an Argument Against Radical Aesthetics)’ in Barnboken: Journal of Children’s Literature Research (42, 2019). 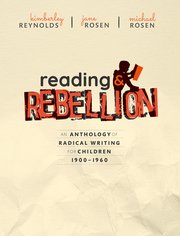 Jane Rosen and Michael Rosen (not related) were among the people I interviewed to find out what kind of radical books they read when they were growing up and where they found them. Our conversations resulted in a companion book: Reading and Rebellion: An Anthology of Radical Writing for Children 1900–1960 (2018). Most of the earliest extracts in this collection are from books I discuss in Left Out, but those from 1940 onwards were mostly chosen by Jane and Michael, who both see reading radical children’s books as important in shaping their life-long commitment to progressive politics. A writer they both remember and who was one of the earliest and most influential proponents of radical children’s literature in Britain is Geoffrey Trease. As a young writer in the 1930s, Trease was struck by the way, almost without exception, the world shown in children’s books was dominated by white, patriarchal, Christian, upper- and middle-class values and a world view in which Britons were pre-eminent. He determined to create a new kind of children’s book, free from the traditional stereotypes and world views. While working in the USSR in 1935, he wrote a letter titled ‘Revolutionary Literature for the Young’, which appeared in the journal International Literature: Organ of the International Union of Revolutionary Writers. The letter is both a diagnosis of what he regarded as the ills of children’s literature and a call for writers to help overthrow the existing canon and replace it with an alternative body of progressive writing.

This is what we have to do, then. To build up alongside the growing revolutionary literature of the adults a corresponding body of literature for the young . . . We must create our own juvenile writers, who choose this genre seriously as their special craft, and make a study of the technique with which they can successfully approach the child. Our editors and publishers . . . must set their faces resolutely against anything which falls below a certain standard. And above all they must guard against the type of material which, while ideologically excellent, lacks the interest essential to the child’s enjoyment . . . (p.101)

In line with his own vision, Trease produced children’s books, wrote articles explaining the need for change, spoke at venues up and down the country to audiences of adults and children alike, and reviewed any publication for children with left-wing sympathies he could locate. Together with a few sympathetic publishers, including Victor Gollancz and Martin Lawrence, he effectively created the British tradition of radical children’s literature. Not all radical writing read in Britain was produced here, however. Reading and Rebellion includes extracts from many books that were originally published elsewhere: usually the USSR, Germany or the USA. Often these were circulated by the Communist Party of Great Britain or found at bazaars and other fund-raising events for the Party.

Despite my admiration for what he achieved, I think Trease overstates his case. A great many children’s books from all periods can be classified as radical, and in Radical Children’s Literature I show that radicalism can have a variety of targets and take many forms. Currently, a conscious commitment to radical writing is undergoing a revival. This is perhaps most easily seen in connection with the Little Rebels Book Award given by the Alliance of Radical Booksellers (see https://littlerebels.org/). Launched in 2012, it was created precisely to celebrate radical children’s books, and year on year the number of nominations, participating publishers and books eligible for this award have grown steadily. This can only be a good thing (though I echo Trease’s concern about the need to combine quality writing and imagination with radical thinking). Given the many serious problems that are currently affecting how we live: a pandemic, multiple conflicts, global warming, rises in the numbers of refugees, trafficked and enslaved people (including children), unemployment and the instability of global finances, it has rarely been more important for the rising generation to be well-informed, to learn new skills, and to be prepared to help with the work of making the world safer, fairer and more sustainable. Organisations such as IBBY can do much to promote awareness of radical children’s literature in the UK and between countries.