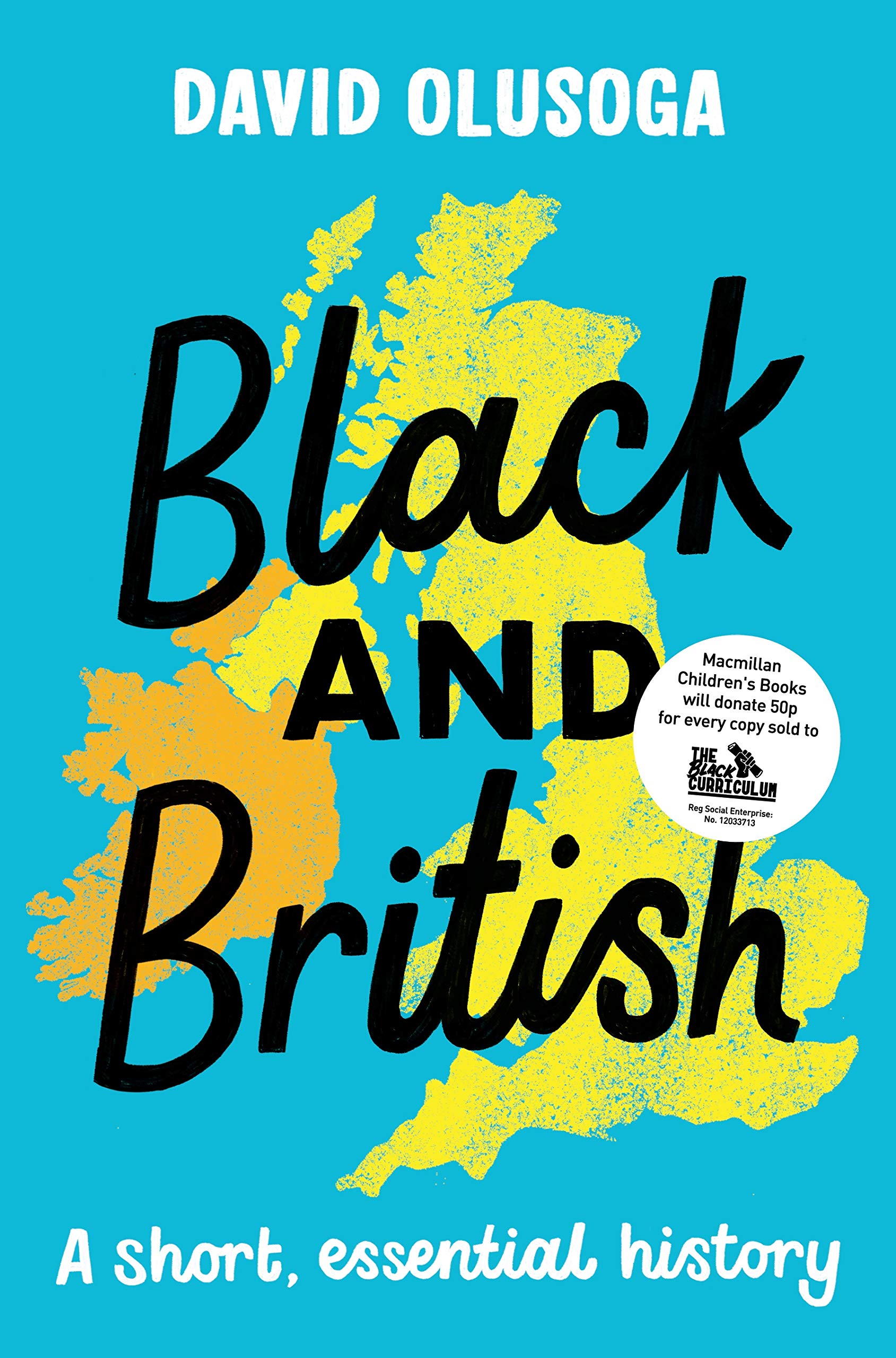 This is a book long hoped for by many of us in IBBY UK and we are so pleased that David Olusoga has turned his attention to writing something for young people.

He has established a firm place in the public conscience through his books and journalism and his various television series, all of which demonstrate his clear evidence-based approaches to the story of Black British History. He has recently become a patron of the Black Curriculum, whose CEO Lavinya Stennett provides the afterword to this book and 50p from each book sale is being donated to their work. (Please click here for further information).

Olusoga’s Black and British: a Forgotten History (published by Macmillan, 2016) is a 600-page survey linked to a BBC series of the same name. In this new very adapted and reduced version, he takes a clearer chronological approach beginning with Roman Britain and ending right up-to-date with the toppling of Edward Colston’s statue in Bristol, which for him is a symbol of the emergence of a new generation of young people committed to fighting against racism, stimulated in part by the circumstances surrounding the death of George Floyd and the Black Lives Matter movement in the USA.

The book is a very accessible and a page-turning read, the history peppered with examples of real people and their stories, but never ducking the difficult questions and issues of culpability and decision-making. Indeed it is these inset stories of individual people and their experiences which bring the more complex issues to life, which gives them real meaning. Of necessity, a key thread running throughout the book is the complex history of enslaved peoples and the political and economic links of slavery with Britain and the British Empire. This is contextualised in each century telling an important story that we all need to understand more clearly. The book also considers the role of the British Empire, colonialism, and the related impact on trade, on immigration policy, and on cultural life and points out historical sources and examples of racist behaviour and policies.

It is an essential read for all students and should be bought in multiple copies for all school libraries and for all places where young people may encounter books. It is to be hoped that this book and the work of the Black Curriculum organisation and others like them will push this much overlooked subject to the foreground of the curriculum for all schools in the UK. Publishers need to step up to the challenge of providing a range of appropriate and relevant resources so that the knowledge and information on Black British history can be shared and discussed. For too long Black History Month has concentrated on the American story, mainly because these are the resources that are available. It is time now to find the British story, celebrate it and make it part of British history, not as an add-on month in the school calendar.