Sinbad the Sailor & Other Stories from the Arabian Nights 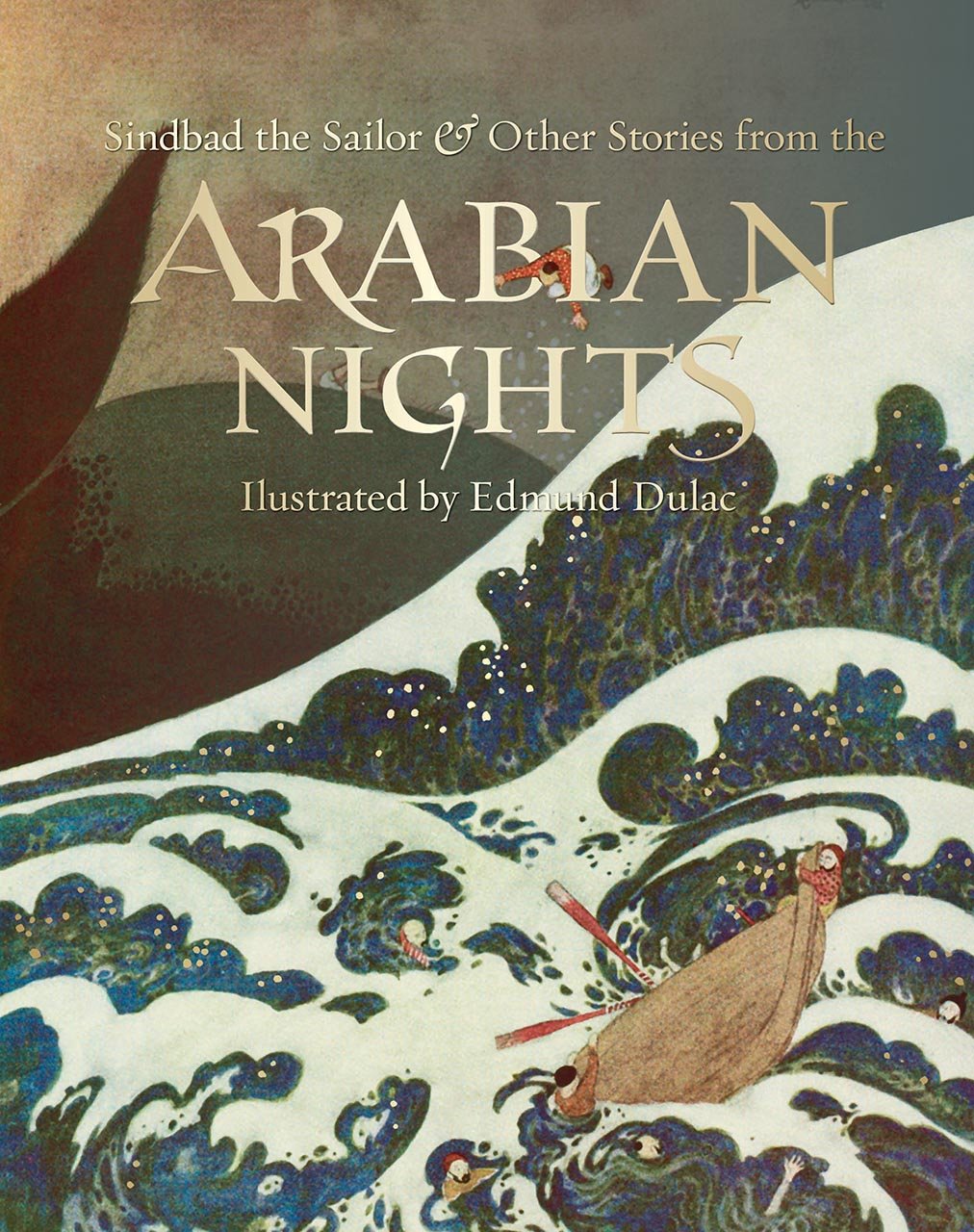 We all know The Arabian Nights – or do we? Disney has made Aladdin a household name though he was already well known through the traditional Christmas pantomime. Sinbad the Sailor is another familiar character and Ali Baba. Recently the princess Scheherazade has become more prominent. Yes, we know The Arabian Nights; or perhaps not.

Though today we are most likely to meet the stories in collections made for children, the originals were for an appreciative adult audience. This selection – and it is a very small selection – make this very clear both from their content filled and from the discursive nature of Housman’s translation. Aladdin and Sinbad are here – though as Marina Warner’s scholarly but readable introduction tells us, neither featured in the original “1001 Nights”, together with a story sequence most readers will find unfamiliar, “The Three Calenders” and the better known, “The Sleeper Awakened”. They are not cosy – violence, desire and a very male-centric society feature – they open a door to very different culture in many respects though human emotions remain recognisable.

This publication replicates an edition produced by Hodder and Stoughton in 1914. Housman’s language is designed to enhance the exoticism of the contents, reflecting a Western idea of the Orient. Dulac also looks to the east for his iconic images, drawing inspiration from a variety of sources ranging from Mughal miniatures to Chinese landscapes and Japanese art; “fantasy made visible” as Warner comments. However, this is not an edition primarily aimed at young readers ( the price might suggest this)  – it was always designed for the adult buyer, a “luxury” book responding to a fascination with the other reflected as “orientalism”. It is a beautiful production and Dulac’s illustrations enchant. It is an important reminder that traditional tales rarely conform to preconceived ideals and it opens fascinating doors to culture, ideas, attitudes – and adventurous young readers who do discover the stories presented here will have their imaginations enriched.