An Interview with an Artist: Levi Pinfold 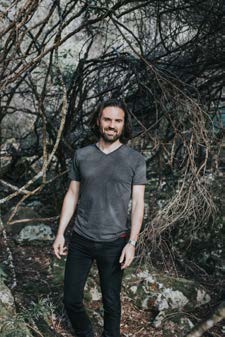 A question and answer session between Ferelith Hordon and Levi Pinfold

Has landscape always been important to you as a visual artist? What does it represent or mean to you?

Like the weather, landscapes have meaning for all of us, so I tend to be drawn to them as a tool to express emotion or a sense of drama in a story.

How did landscape impinge on your consciousness as a child? Has this affected how you react to/respond to landscape now? How does this translate to your art?

I lived in the Forest of Dean for a time, then moved to a West Midlands village right next to a busy road. The forest, the field, the farm machinery and the crackle of the electricity pylons continually fight against each other to find their way into my personal work. My Dad was an engineer, so I spent a bit of time running through milling machines and factory offices, which are an impressive landscape of their own. 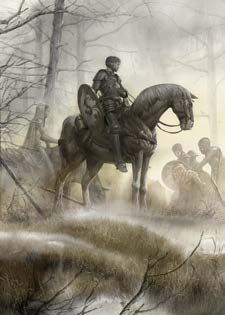 Our generation was the first to spend a good deal of time with three-dimensional computer games. Back then they weren’t as graphically advanced as they are now. As a result they felt extremely surreal and unnatural. I think this too formed part of the scope and breadth of landscapes I was exposed to as a kid. It was an imaginative space that still felt tangible, with a distinctive tang of something disturbingly human. Sometimes I’ll be actively trying to design a landscape that gives the same feeling as those weirdly proportioned geometric shapes from Doom.

Movies too were especially impressive. Like the most greeky kids of my age, I watch Star Wars over and over again which, like most fantasy, is very landscape heavy. Of course, there are plenty of landscape illustrations too, but I’ll get to that later.

There are many different ways in which an illustrator/artist might illustrate a text – at which point did landscape become an important element in your books – The Dam, Greenling, The Django – even Black Dog? What did you want the spreads to convey? 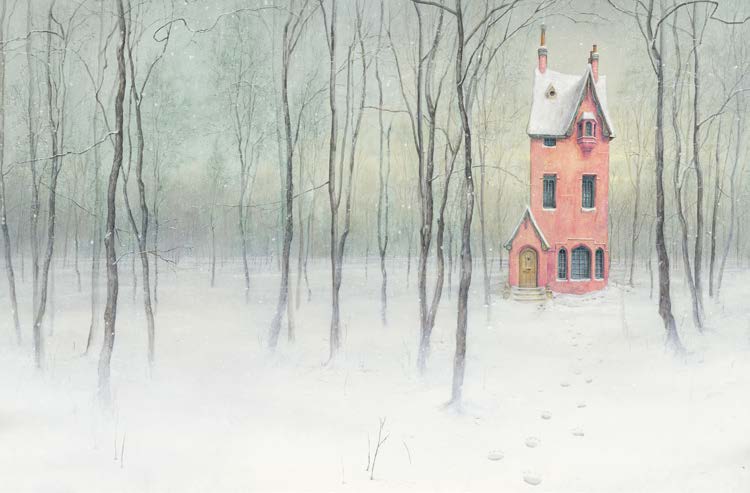 I’ve always wanted to put characters in a setting, especially in my childhood drawings and comics. Perhaps I wanted to know more about the characters. Your surroundings affect your sense of identity, and it always seems natural to me to put in all of that information into an illustration as a way of exploring the mindset of a character. This is by no means a new concept. When I am feeling particularly pretentious, I like to call it ‘mise en scène’ in an appalling French accent.

In these books the character of the landscape very much reflects the underlying themes of the texts – The Django – fantastic, Greenling – transformation, The Dam – space. Was this a conscious choice?

No, not conscious. I do what feels right at the time. If I am not content I’ll keep adding and subtracting elements until the picture communicates what I need it to. It is more of an intuitive thing, I guess.

Do you have to experience a landscape for yourself?

It is best when you can breathe the air. When I was working on The Dam, my wife and I were lucky enough to be able to visit Northumberland from Australia. I don’t think I could have worked on that book without it. I spent the whole six months trying to recapture what I felt in four days of walking around Kielder. 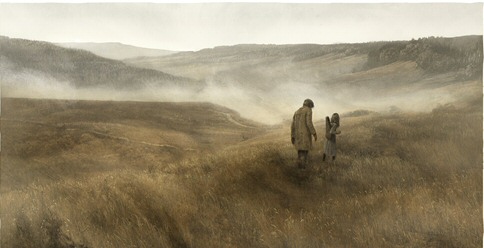 Most of the time you can’t experience a place, and find yourself cobbling it together from reference, which is interesting in and of itself.

Landscape in illustration – who has influenced you and in what way? 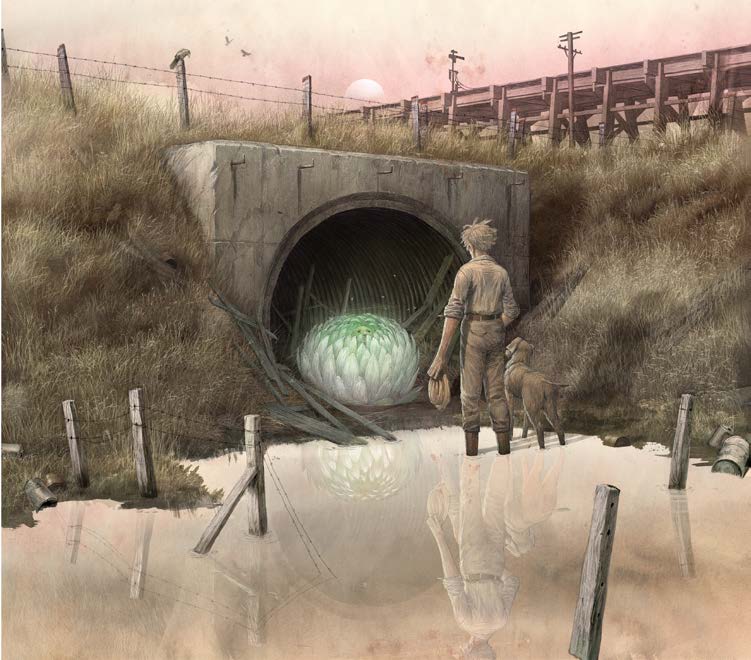 So many! Hard to list them all here, but I’ll give a brief snapshot! Arthur Rackham’s trees for their psychological power; Alan Lee for his natural forms, his figures seem to be a part of the landscape themselves; Ul de Rico for his fantastic cloudspaces and use of light; E.H. Shepard for his fluid line and an incredibly well-observed English countryside; Gennady Spirin for his fairy-tale forests with their own anatomy and rules; Roberto Innocenti for his cluttered realism; Chris Van Allsberg for his quiet surrealism; the list goes on … .

Thank you so much Levi Pinfold.

Currently based in New South Wales, Australia, multi award-winning artist, writer and illustrator Levi Pinfold originally graduated from Falmouth University. Levi Pinfold quickly found himself on a pathway to children’s publishing as he developed his now instantly recognisable artwork style. His use of detail and talent for lyrical storytelling, alongside the stylised realism of his illustrations, proved a winning combination.

Winner of the BookTrust Best New Illustrator Award for his first book The Django, his watercolour and egg tempera fine painting techniques quickly became the foundation for his future career in creating award-winning picture books.

His second standalone picture book Black Dog was awarded the prestigious Kate Greenaway Medal for excellence in children’s book illustration. This was followed by Greenling, which won the UKLA Picture Book Award and Levi Pinfold has since been shortlisted for the CILIP Kate Greenaway medal for The Dam, written by David Almond, and The Song from Somewhere Else, written by A.F Harrold, which won the Amnesty Honour.