Alfred and the Blue Whale 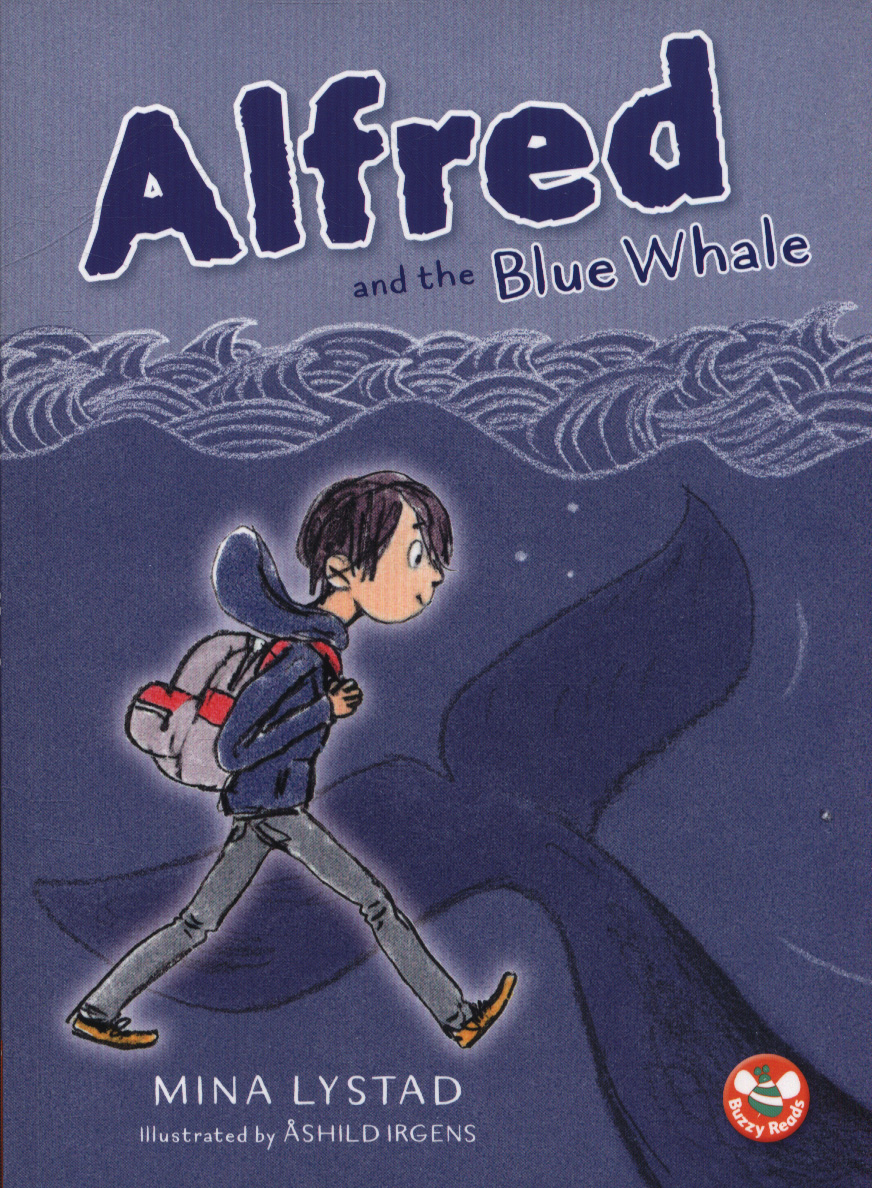 Those of us who remember feeling apprehensive when we had to speak in front of our class at school for the first time will empathise with Alfred.

But then Alfred is scared about lots of things like red light and thick duvets, using the telephone and riding on a bus on his own. He’s frightened of jumpers with tight necks too. But speaking in front of the class in four days’ time about the blue whale is going to be the worst thing ever.

The prose is simple and direct, and the first very expressive picture, in crayon and watercolour by Ashild Irgens, shows Alfred on the dreaded bus, knees drawn up tight against his chest while nervously eyeing a dog. The other three passengers appear totally relaxed in comparison, absorbed in their own worlds: the one with the dog is reading a book while the other two are wearing headphones and listening intently.

The narrative takes us through Alfred’s anxiety-filled week, the pounding heart, the butterflies in the tummy; then he begins to find out all he can about blue whales. He becomes so absorbed in the subject that he forgets how nervous he is. Suffice to say that Alfred is very upbeat and relieved as he makes his way home from school on Friday afternoon.

Translated into English from its native Norwegian by Sian Mackie, this heart-warming narrative, that lists ten fascinating facts about the blue whale on the back endpapers, was Mina Lystad’s first children’s book.